FeaturesPlugin SuitePlansTutorialsBlogSounds
Finishing Tracks: How to Work Faster in the Studio
29 Oct '2019
In this article, we’ll discuss how to get things done in your DAW – putting your head down and finishing the job so you can get onto the next thing. But wait a second, isn’t making music all about painstakingly crafting the perfect beat and spending hours on your mixdown?

Actually, no. For every song that’s taken ten years to write, there’s a story of a famous track that’s been thrown together over the course of an hour. The gestation time doesn’t seem to really affect the success of the music, whether it’s meant to be played to a dancefloor or a stadium arena. So that means there’s one huge advantage to making a point of finishing tracks: practise.

As you go forward with this article, keep in mind that this is advice for getting faster. Being able to get things done quickly doesn’t mean that you have to. It’s still a valid practice to go slowly, carefully and deliberately while crafting your masterpieces, but by getting the skills you need to help you do it all in moments, when you come around to take your time, you’ll be a better music producer for it…

We don’t have to tell you that getting good at something requires practise. Whether you’re trying to pick up skills on the trombone, the skateboard, being president of the USA, or indeed, music production.

If you’re the kind of producer who’s always creating eight-bar loops and can never move onto the arrangement stage or the mixing stage, how are you going to get better without practising? Let’s say you’ve made 100 awesome eight-bar loops since becoming a producer, and someone else has made just two full tracks. Which of you is in the best position to finish their next track? Hint: It’s the one who’s practised it before. See our article on Getting out of Eight-Bar Loops for more on this. 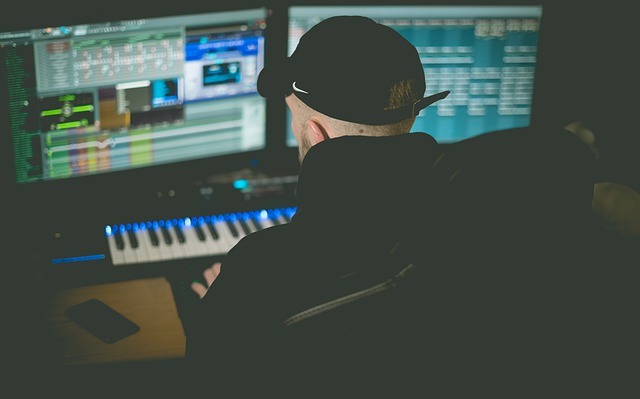 So one crucial way to start finishing tracks faster is quite simple: in order to practise, sometimes you have to ignore the idea that something sounds bad, and push forward with it regardless. Working a dodgy eight-bar loop into a dodgy full track will make you better prepared for working a great eight-bar loop into a great full track.

The Art of Finishing Things

Likewise, how will any producer get to grips with the subtle art of automation and mixing if they haven’t drawn a line under the previous jobs and called them ‘good enough’?

With practice under your belt, you’ll get more used to how a great track sounds when you start it, and you’ll be able to identify where the weaknesses lie in a new project – and more importantly, how to fix them.

We could write all day about how to fail at music production, but enough with the reasons why – what every producer really needs it the tactics and strategies for how to beat the block and get things moving again. We’ve told you the problem, and from here on out, it’s time for solutions. What are the actions you can take to speed up your workflow and get that practise ticked off?

Being a music producer means wearing a lot of hats. There’s the hat of the songwriter, the hat of the sound designer, that of the engineer, the arranger, the mastering engineer, and plenty more along the way. Each of these tasks requires different skills, and if you’re switching between them every time you spend a few hours working, it follows that you may never quite be in the zone for any one of them.

Let’s say you take a different route: instead of beginning down the road of a two-hour ‘track-making session’, try a two-hour ‘sound-design session’. Grab your synths, your drum machines, make the sounds you like, and store them somewhere you can easily access later. 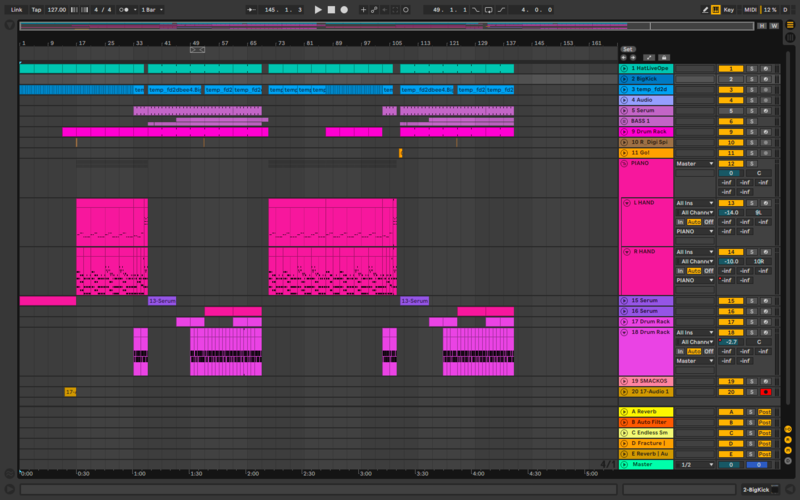 Next time you sit down for a two-hour session, it could be a two-hour ‘beat-making’ session. Take the sounds you already made, and bring out a few ideas on how to use them in a track, with a few variations for good measure.

What’s next? Perhaps the following session can be taken up by arrangement: spinning those track ideas into whole, logical songs. And then a mixing session to get everything working together.

By concentrating and specializing on the demands of a particular task, one at a time, you can free up your creative tendencies and stay ‘in the zone’ for longer.

Know your Tools to Save Time

It’s the tool we all use on a daily basis, but not all of us know exactly how to use it to its full effect. It’s time to shave off the seconds and think about how you interact with your computer when you make music.

You’ve surely learnt by now that inspiration can come and go in a flash, so by saving valuable time, you can instantly get in the flow, concentrating on the music you’re making rather than the locations of the commands you need to make it with. Not only that, but by judging your [Time Saving Measures http://imgs.xkcd.com/comics/is_it_worth_the_time.png] in the right way, you can actually create more time for yourself in the long-run.

"By saving valuable time, you can instantly get in the flow, concentrating on the music you’re making rather than the locations of the commands you need to make it with."

DAWs are huge programs – each is capable of almost any audio task, short of launch an intercontinental ballistic missile… which turns out to be less of an audio task when you try it for the first time.

Every DAW has to be made to perform all manner of tasks, but each tends to have its own approach for how it’s done. Due to the nature of the program, its age, and the ambitions of the development team, a function in, say, Logic Pro might be carried out entirely differently from its counterpart in Ableton Live.

Do you know how your DAW splits audio clips? How it replaces audio files with new ones given the same edits? How about its methods for bouncing audio in place or resampling from multiple tracks at once? Heading to the manual in your downtime or watching other producers do their thing in your DAW can be an illuminating experience for what it’s capable of.

Understanding how to deal with basic audio editing functions is one thing, but how about performing them properly? If your function is buried within a right-click menu or accessed from a menu at the top of the screen, take a breath before you click it – there might be a keyboard shortcut noted right next to it. Come out of the menu, use the keyboard shortcut, and start developing that muscle memory for the function to recall instantly later.

Knowing Better: How your DAW Stores its Files, Folders and Favorites

Almost every DAW now has a fully capable browser, giving easy access to samples, plugins, MIDI, presets and more. Knowing exactly how yours works is the one key to getting better – and faster – at producing music.

For example, do you know how your DAW handles its Favorites system? Does it let you access your most frequently used plugins in a flash? How about whole chains of effects that you use as standard (maybe EQ >> Compressor >> De-Esser, for example). What happens when you load a plugin – will the browser revert to a contextual view of that plugin’s presets, ready for auditioning?

Getting to grips with your in-built browser can save you way more time in the long run than it takes to master it. 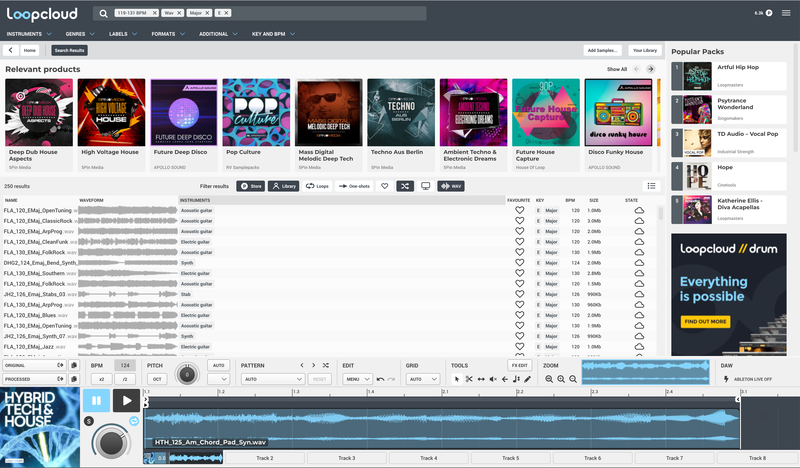 Knowing Better: Getting Speedier with your OS

There’s the way your DAW works on finding files, plugins and folders, but a lot of production work actually stays in the familiar realm of your computer’s operating system. So it follows that knowing how best to use that can help you out. Apple Mac users might benefit from Smart Finder windows, for example, while sometimes the best way to clean out the clutter is to literally have a Spring clean…

Very few people are on top of their web of files and folders stashed inside their computer. But how much effort and time could you save if you got your system sorted once and for all? Having a clean-out of your digital life can be an essential way of developing as an artist – it’s not sexy, not it can do a world of good. Take the time to reconcile hard drives, ensure you know where your plugins are and which ones you actually use, make the installations you need, and have your OS’s file browser equipped with sidebars and shortcuts for quicker navigation.

Loopcloud 5 can also help. With, amongst many other powerful features, its cloud storage facility, you can store your own sample collection – whether those samples were created by Loopmasters or not – right alongside the samples ready to be downloaded in our cloud-based treasure trove. Not only does this save you hard drive space until you need to redownload what you want, but it also lets you tag the samples’ content by intelligently analyzing their audio content.

Knowing Better: Setting up Templates to Get Up and Running

Do you find that there are certain instruments, effects, MIDI plugins, or combinations of all of them, that you reliably start a track with? Well set them up ready to go in a template project.

Examples of excellent template fodder could be a sampler fully loaded with kick drum sounds to audition on your MIDI keyboard, your most-used synth ready to rock on a track, and some worthy additions to every master bus ever: a visual analyzer plugin and a limiter to stop your ears getting blown up if something goes wrong.

Remember, practice makes perfect, and if the goal of learning to work quickly is to get to the finish line, you can’t afford to dwell on anything along your way.

Whether you’re doing it as a point of production principle, or just as a challenge to enhance your creative muscles, preparing a schedule in advance for your working session is one way to make things happen quicker. Setting an actual alarm using your phone or a stopwatch will act as a real-world reminder of the limits you’ve set…

You might allot 5 minutes to choose a kick, snare and hats combo; 5 more minutes to craft a basic beat, 10 minutes to create a bassline that moves around it and a synth that compliments both, another 5-minute session to spin out a basic arrangement, and so on.

At every point in the process, whether your music sounds excellent or just great isn’t an issue – the point is that you’re setting yourself limits and reminding yourself not to get lost in the little details. We’re far from the days of four-track recording, so just because you’re moving on, doesn’t mean that you’re fully committing to use a sound forever.

When all is said and done, there’s one basic principle to making tunes quicker: practice. Creating great music takes skill, and there’s only one way to bring that into being.

When you force yourself to finish tracks, you also force yourself to start new ones. Not every track ‘just works’, but some have that special something. Every time you start work on a new piece of music, the chances that you’ll find ‘the one’ are a lot higher.

Sit down and come up with 12 quick ideas, not one long one. Move on before you get bogged down, and come back with fresh ears later on to make a better judgment on what’s good and what’s not so hot.