FeaturesPlugin SuitePlansTutorialsBlogSounds
8 Ways to Boost your Creativity in the Studio
29 Oct '2019
The life of a music producer can be a cold, unforgiving wasteland if you’re out of inspiration. The digital world gives us unlimited possibilities, but sometimes it feels like that means there are infinity-minus-one bad ideas.

Staring down an empty DAW project with no clue where to go next can give you the ultimate sinking feeling, while getting trapped in an Eight Bar Loop is a dead-end that many producers have faced.

So how can you refill your tank of creative juices and get back on the road to musical stardom? Here we’ve assembled eight challenges to beat writer’s block – whenever you’re straining to get back on track with a work-in-progress, or you just don’t seem to be able to come up with the seed of an idea, take some much-needed inspiration from one of the following studio activities…

1. Use Tools you Don’t Know

If you’re musical to begin with, this tip can be especially powerful – but it’s worth trying for everyone. Grabbing an unknown instrument and trying to figure out how to do something with it can be a great source of interesting new sounds. Grab an instrument or MIDI controller you’re not used to – or even improvise an instrument in a feat of DIY – and spend some time trying to find what you do that sounds good. 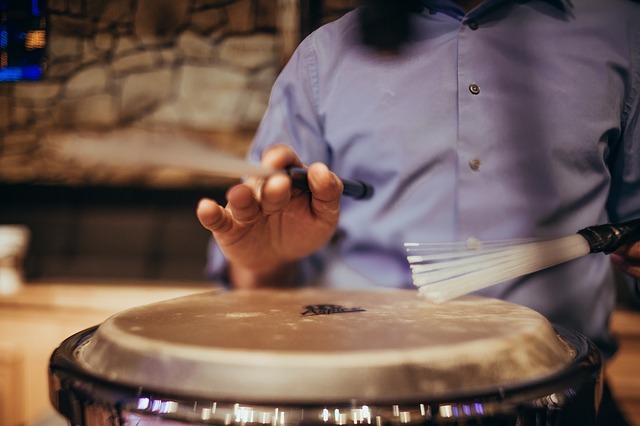 For this tip, you’re not trying to figure out how to play scales or do a solo, or gain any real proficiency with the instrument; instead, the aim here is to get something that sounds interesting and unique. As you grapple with the new way of working, your child-like naive approach to the conventions of the instrument are all that’s on display, and you’re not held back by any rules.

The result: often, you’ll come up with something that sounds great – simply out of your mission to make something that makes any musical sense whatsoever.

2. Work with your Body Clock

Do you truly know Your Studio Self? Have you thoroughly explored your own creative abilities and ways to bring them out? The mind is a funny thing, and it’s good at doing certain tasks at some times and others at different times. But the chances are, most of the sessions you spend making music are done at the same time every time.

You might know how alert, creative and fit-for-purpose you are at 3am, but what about at 9 in the morning? Have you tried making beats after lunch? How about arranging tracks before bed? There’s a different vibe to different times of the day because our heads are in different zones, and depending on how your particular mind works, you might be able to take advantage of it. 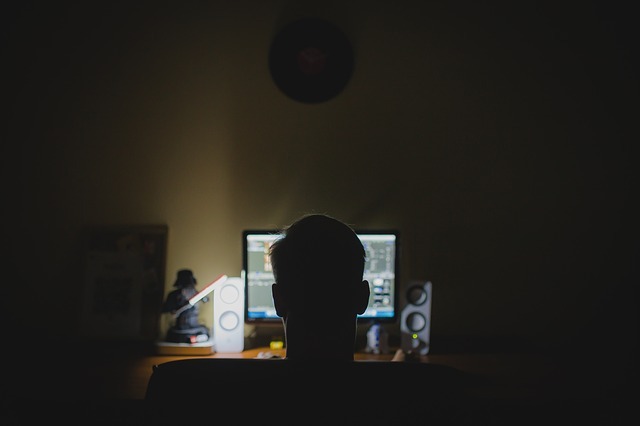 This doesn’t just go for ‘making music’ – check out your performance with different parts of the production process at different times of the day. Sound-design, MIDI programming, arrangement, mixing and mastering can be completely different headspaces to get into, so discovering when you’re at your best to do every one of them can only be a good thing.

3. Use Our Loopcloud Software

We built Loopcloud for one main reason: for you to get things done faster. With so many samples tagged to perfection, and the ability to audition them in your DAW at the tempo and key of your existing project before even buying one, Loopcloud is a creative toolkit that is almost guaranteed to have what you’re looking for. 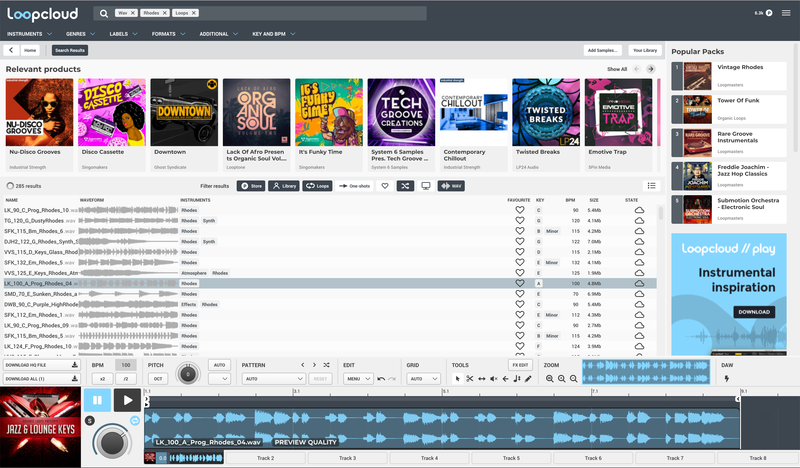 4. Leave Something for the Next Writer – Yourself

When you’re saving your session to pick it back up later on, what are you leaving for yourself when you return to it? Often, the answer is a neatly-wrapped package of tracks, with defined beginnings and end-points, ready to be expanded on in the next session. 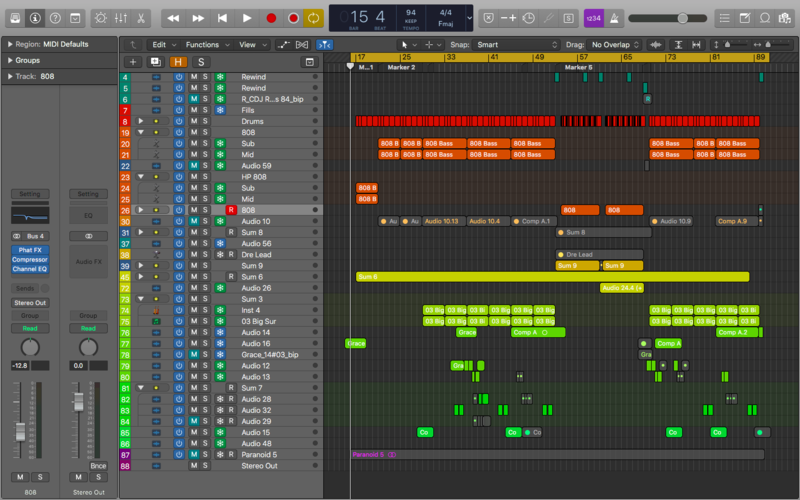 But creatively speaking, this can actually be a bad thing. Coming back to a neat project with rounded-off edges means a sense of “Where do I go from here?”, and that can put an end to your creative flow before your even begin.

How about next time, when you’re ready to stop what you’re doing, leave a MIDI part half-baked, let the snare selection go for now, and put off the sound-design until another time. When you do come back to work on the project next, you’ll be able to pick up the threads you left, getting right back to the important stuff with a foundation already laid.

Possibly the most underrated category of plugin, MIDI plugins are built to process note data rather than generate or manipulate sound themselves. Bringing in such a different way of making music, these unique processors can really liven up the creative process, helping you to come up with ideas you never would have managed to reach for with just clicking and dragging.

Arpeggiators, for example, can offer more than first meets the eye. We’re all familiar with basic synth-style arp settings like up, down and random, but entire plugins made for the purpose, like Kirnu Cream (below) always manage to go further, giving you more programming potential in your arps and runs. 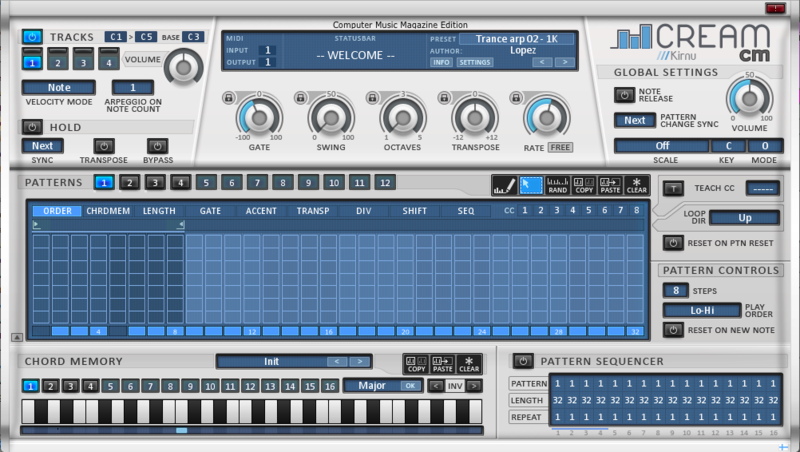 What’s more, these plugins’ presets are often chock full of leftfield, wild and inspirational patterns and note processes that you wouldn’t have otherwise managed to touch on when left to your own devices.

With MIDI plugins, even if you’ve used the exact same setup as another artist, it’s not going to show – the sounds of these processors are very dependent on what you put into them in the first place.

6. Impose Limits on Yourself

It’s a piece of wisdom that seems to have been discovered by so many artists in interviews around the web – limitations breed creativity. When speaking about ‘the good old days’ and the tools available in the past, veteran producers often note how the lack of choice helped them make easier decisions and led to them finishing more tracks.

What’s less obvious, though, is the way that limitations force you to think differently in order to overcome them, and that striving to push equipment to its fullest – and beyond – can give out some completely unexpected and inspiring results. 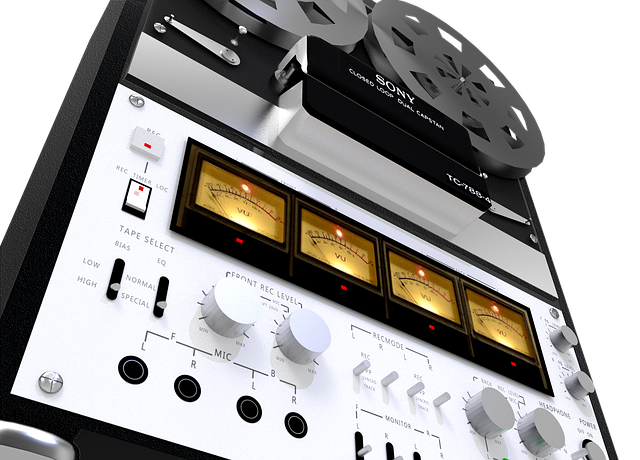 But there’s no reason that limits have to disappear in the digital day and age – you just have to put them on your own back. What if you decided to create an entire tune from a single sample, or a limited pool of them? How about creating a track using only a random selection of five plugins? Or using a sample pack from one genre in order to make a tune in a completely different one?

The strategies you use to overcome your limitations – even those you’ve set yourself – are what will give your music that extra push over the edge.

One of the most overlooked creative features in DAWs started out as more of a workflow addition. With Audio-to-MIDI capabilities, most DAWs can take a piece of audio material, detect the notes used within it, and spit out the corresponding MIDI to play it back using another instrument.

Not only is this great for recreating the feel of beats and adding a harmony layer to other sounds, it’s also a decent way to interpret music that’s already been made, or put a new twist on a great sample. By playing the same interpreted MIDI through a variety of instruments or synth patches, you can come up with something you wouldn’t have arrived at before. 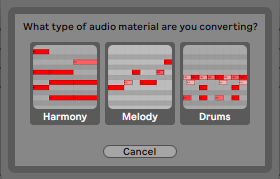 In reality, not every MIDI interpretation of an audio signal winds up with a perfect representation of it. Depending on the instrument you’re putting in, the notes coming out might work very strangely in a new one, and audio-to-midi processes aren’t exactly good at coping with nuance…

But it’s what you do with it that counts. Audio-to-MIDI processes can also give you some inspirational results by getting it ‘wrong’ – especially when you pipe the resulting sounds through just the right instrument for the job.

One of the easiest ways to get creative, of course, is to simply do things differently. Getting into habits is fine, but getting into a rut is something else altogether. So shaking up the way you do anything is one of the best first steps you can take to make a dent in your production process.

Always using MIDI? Trying rendering to audio and using the format to your creative advantage. Not only does this force you to commit to the notes you’ve got already, it also give you access to some tools that give results unlike conventional MIDI. In audio, you can use your DAW to slice, dice, reverse and even resequence the result of an instrument originally made in MIDI. 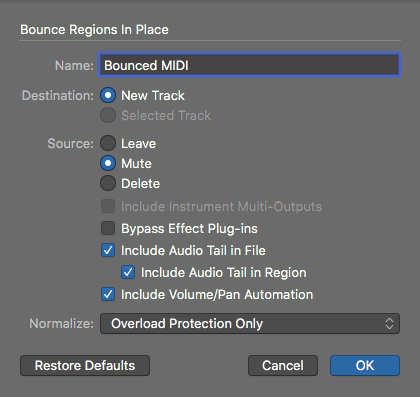 The recent explosion in budget-friendly small-size audio hardware has let so many more people into the hardware world, it would be foolish not to try it out. With synths like IK Multimedia’s UNO, Korg’s Volca range, and Teenage Engineering’s Pocket Operators, there’s never been a better – and more affordable – time to get your hands on some real-life knobs, and push yourself into a new creative zone while doing it.

Still on a real-world tip. don’t forget to try making music with found-sounds you’ve recorded yourself, and don’t limit yourself to plugin effects when you can run your signal out through real things like cassettes, amplifiers and anything else you have access to.

Boost your creativity in the studio with a Loopcloud free trial