FeaturesPlugin SuitePlansTutorialsBlogSounds
Icicle on perfectionism, musical ideas, and how there’s no one killer tip or technique
5 Dec '2019
Drum n Bass hero Jeroen Snik tells us how he gets motivated for the studio, how his approach has changed over the years, and why “it’s hard to truly fall in love with a mixdown”

Although he’s a shapeshifter through genres, with techno, dubstep and neuro projects under his belt, Icicle is most deeply rooted in the world of drum & bass. 2011’s Under The Ice and 2014’s Entropy beg the question of whether the Shogun Audio key man will be returning for another tour de force of DnB, and it seems that the answer is yes, as we’ll find out below.

In addition to his main musical projects, Icicle is the creator of multiple Loopmasters sample packs as well as three new kits for Loopcloud Drum that go under the name of Icicle: Rolling DNB Drums. So it’s becoming pretty clear that Jeroen is a busy man.

“I mean… last year I played a lot of shows,” he says down the line from his Dutch studio. “This year I’ve been doing a techno project on the side, and I’ve had shows for that… plus I’m gearing up towards more Icicle stuff again – so there’s a bunch more shows and I’ve got a bunch of music I’m working on, some remixes and stuff like that. Maybe too many.

“Being this busy has made me ask myself, What do I still like about it? The introspective stuff. The beginning of 2019 definitely had this re-evaluation to it. I was wondering what I wanted to do… I was thinking about what excites me and what doesn’t.”

What did you conclude?

The process is always ongoing. About two years ago, I was thinking that I wanted to do more techno, and that’s been really fun. Within that, there were all the new challenges like, Can I play there? Can I release on that label? In drum & bass, it’s hard for me to find similar goals because most of the things I really wanted to accomplish I already did.

But then, doing less drum and bass made me miss it, and I definitely didn’t want to quit DnB! So I think my conclusion is that I have to find the balance between the two and to keep it varied; to keep having fun but stay motivated – and that’s the hardest thing when trying to write music.

So do you reckon the motivation comes from having a lot of different things to do rather than staying in the same scene and doing the same thing?

Yeah I think so. drum & bass is a really cool scene, but it’s also small. It has a tendency to pull you in one direction and put you there – there are enough people who make the same tune forever. But also drum and bass does allow for a lot of weird stuff and experimentation, which I really like.

In August last year, I toured for a month in Australia, then in September there was still a bunch of shows and festivals, and then in October I went to America for three weeks – I was jet-lagged for three months straight, and that was a special kind of toll.

I find that when I’m travelling, I just keep the ideas building up, and then when I sit down they just come out better.

I’ve not really written on the road in years. I used to with a laptop and headphones just to come up with ideas, but now I find it’s almost like wasted time for me because I just want to be in my studio. I find that when I’m travelling, I just keep the ideas building up, and then when I sit down they just come out better.

So you need to be comfortable and in a familiar environment to get your work done?

Definitely, that’s true. It’s always very personal. But to me, it’s also about letting it build up a bit – this feeling of not being able to wait until I’m in the studio next. That energy for me when I’m here with minimal distractions makes me want to be there and write something there.

You’ve recently completed a few kits for Loopcloud Drum. Did you start those projects from scratch, or were some sounds taken from previous packs?

I wrote them from scratch. The way I approached it really was just starting a new project in Ableton – I had 16 pads in the Drum Rack, and I just basically wrote three different beats as if I was starting a tune. 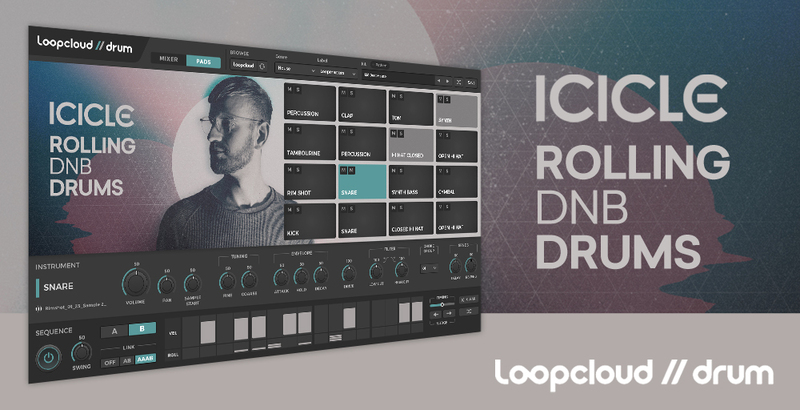 I’ve done a lot of sample packs for Loopmasters in the past. One-shots are always very open-ended, while the loops are quite solid and hard to edit. This was really fun for me because you kind of have that middle ground of sound design and patch design. You give someone a much more malleable product. It feels like you’re making your own plugin.

You do a lot of sound design – does Loopcloud have a place in your workflow too?

Sure I make most of my own sounds, but I still use Loopcloud on the side to go through loops and get some inspiration. My cousin Proxima makes a lot of stuff for Loopmasters, and I like to check out his new packs – and with my own packs it’s great to hear what people do.

You’ve got another full sample pack coming out as well, which people can get on Loopmasters and on Loopcloud…

This is the third one now, and I’ve also done a bunch of synth preset packs too. The first sample pack I did was the one with Friction which was a really long time ago, like ten years. I did a drum and bass one and now this dubstep one.

Today’s sound is something we come up with collectively – everybody’s working on the foundation of the same music and I think sample packs are just another side to that.

Whenever you make a sample pack or a patch pack, you try and do something broad, something that’s useful to a lot of people; it kind of broadens up your sound design window. You can experiment and then leave it there for people to pick up. Today’s sound is something we come up with collectively – everybody’s working on the foundation of the same music and I think sample packs are just another side to that.

Also, it’s an exercise that you need as a producer. If you’re a pianist, you do techniques for your fingers. Exercising the sound design muscle beyond what you need for yourself is only going to make your own sound design better. Through the process of making a pack, I discover a load of new shit and I end up using a bunch of ideas or techniques.

Absolutely, and purely from my own perspective, it’s really nice to work on a project that’s really tangible; to work in my studio on something that has an end goal – something that requires ‘this much work’ – and that’s definite income. Obviously it’s the less romantic side of production, but also it’s good for yourself. It’s good to have nice projects to work on like that because it gives you more freedom to pick and choose gigs.

Could you compare how you work now to how you used to work when you started?

The way I’m working now is miles apart. I started with a laptop from my university 15 years ago with my DJ headphones and Reason. At that point, I was making so many tunes and when I first got signed – my very first year… like 2007 or something – I released with pretty much all drum and bass labels because I was making like two a week!

When I’d just started, I was just writing tunes, just getting them out, you’re only as good as your next tune, not too precious about the tunes, not too much of a perfectionist. But now I think it’s almost the opposite. My output is very low, I work on things forever, and I don’t know if that’s a natural progression. 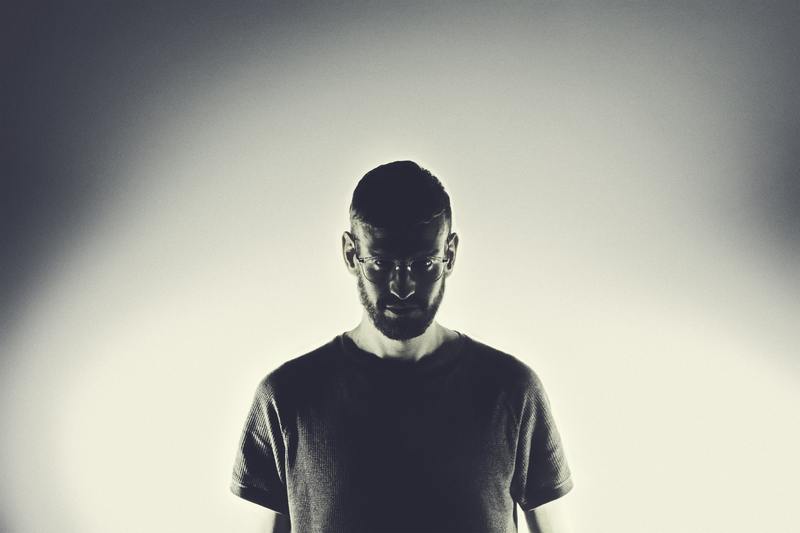 It’s often the opposite way round – many producers have to learn to make music quickly as they go along.

Yeah maybe. For me, I guess I never really thought to like or to get obsessed with my own tunes. They’re just tunes – you play them, some people like them, some people don’t. Not taking it too seriously and for that reason, it was really fun.

What really has changed is that everyone has a perception of me now. If I make a new tune, it needs to have a million switches and all these cool features and a mixdown of a certain level. I do like the technical side of it, but at the same time, something is lost there sometimes. Some humanity of what tunes are.

These days and overwhelming mixdown seem to trump a good idea. I understand that, but it’s hard to truly fall in love with a mixdown.

Could you still sit down and make something in a very short time, or are you simply a perfectionist now?

I guess I could still do it. In fact, I did a dubstep EP at the beginning of the year, and I made a point of doing it like that. I just sat down for a couple of hours, like how used to do it, and that’s what the fun was in 2010 doing the dubstep stuff. It was just a vibe – if there’s no vibe, don’t hide behind a mixdown or some super loud snare. If there’s no vibe, then delete and next one.

So I wrote all of those tracks in half a day or something like that. That was really fun, and because of that, they had a character to them… and on purpose, they have imperfect mixdowns which make them much more interesting. When I listen back to them now I think they’re cool. It’s the crappy side of things that makes it more special rather than sterilized.

It was quite liberating and just felt like fun – and that’s also where the dubstep sample pack stems from.

Having made that EP and done it in the old way, would you go back to that for your next main release or are you still being a perfectionist?

At the moment I’m writing a bunch of stuff which I think is the core of my next album and there I’m just trying to sound simple and to-the-point: recognisable and different, but still I’m spending a lot of time on sound design. 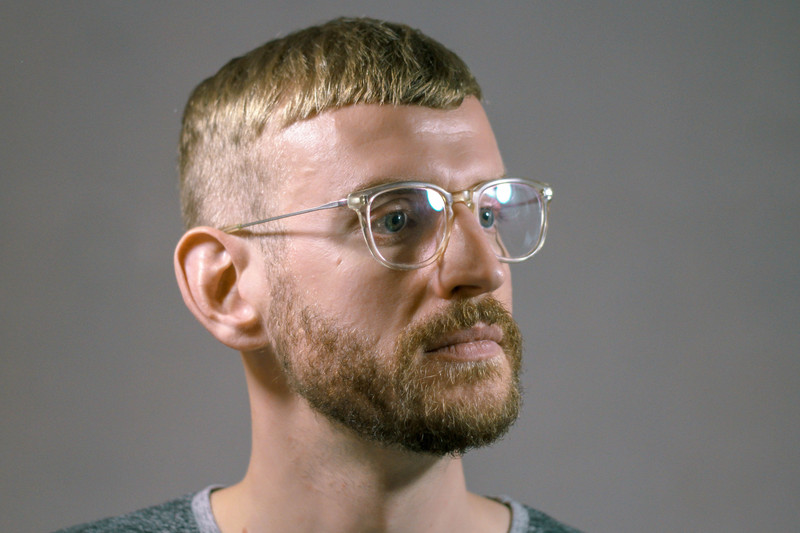 I think there’s also an aspect to this where you’re nostalgic about how music was written at the time you were getting into it. That’s what you’ll always love the most, and you’ll always look up to that. That perfect-sound-design world that we’re in, that’s our time, and at the end of the day, if you want to be an artist, it’s about being a child of your time.

What’s been the one thing that’s changed the way you work the most?

Everyone always hopes there’s some technique that everyone shares, but that’s not the case. I remember when all my tunes where crap and nobody liked them. Then when all my tunes were better and people started signing them, the difference was nothing – they were made the same way but better.

So when people ask me what to do, I tell them to just make it more detailed, dial it in closer, have more experience with which EQ goes where, how to balance things. My ears are more trained maybe; I can make decisions quicker; it’s all experience, but there’s no one fundamental difference.

So be calm every time, and take the time to think about what you’re really doing in that moment – why you’re doing things. I think that’s most important.