FeaturesPlugin SuitePlansTutorialsBlogSounds
The Art of Remixing: What Makes a Great Mash-up, Bootleg or Remix?
11 Mar '2020
Remixing is a great way for producers to gain exposure, by putting their own stamp on an existing song, and showing their skills by taking it in a new direction. Here’s four strategies for making your most killer combinations yet.

The Changes in Music

Music is like any other art form. We didn’t just find the perfect song in the 17th century and then give up forever – music is constantly shifting and changing, giving expression to a world that does the same. But all the while, from Bach and Beethoven, through Gershwin and The Beatles, to Dr Dre and Deadmau5, we still build our music with the same 12 notes.

Music, like any other creative work, is all about recombining ideas. Whether it’s using new instruments, reimagining chord progressions, or resampling whole snippets of music, the history of new genres has always been a question of putting new spins on old ideas. And that’s exactly where remixing comes in… 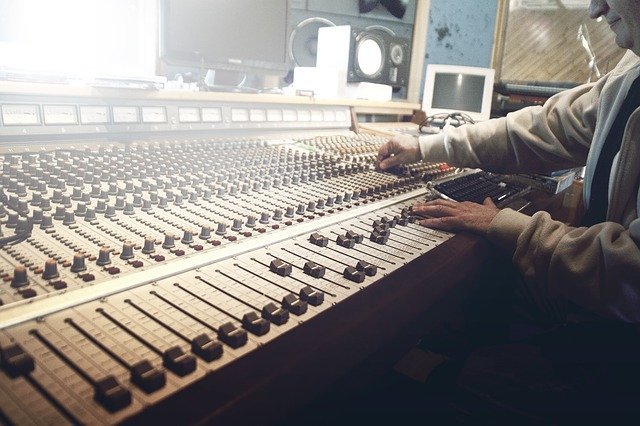 The Art of Remixing

These days, it’s not uncommon for a big album to be accompanied by a collection of remixes. Not only does this give more stuff for the record company to sell, it gives an opportunity for new producers to flex their muscles and gain access to new audiences. Some top-ticket remixers have made careers out of re-imagining other people’s tracks, and are a draw in themselves.

But what makes the difference between a good and a bad remix? What are the watchwords of producing (or re-producing) something that’s already a finished product?

At one end of the remix spectrum, there are ‘remixes’ that seem to discard most of the original track’s material, and simply build a new, unrelated track that happens to use a few of the elements. At the other end, there are ‘remixes’ that keep everything too similar. While it’s possible to make a good remix that just copies the vocal, keeping the track structure the same, and adding new instrumentation beneath, it’s hard to do this effectively.

The perfect remix is all about finding a balance. The original song must be present enough to be recognisable, but not the same. The new arrangement, instrumentation, or any other changes, need to approach the tune from a new angle, shining a different light on a track. You could bring some previously background elements to the front, for example, or repitch elements so they interact differently.

So you’ve got your stems loaded into your DAW, playing at the right tempo. You’ve got an exclusive listen to the individual parts of the track, as hasn’t been heard by many others in the world. Where do you go from here?

Here are a few strategies that you can use individually or together in order to help you reach your destination of a great remix.

The first thing to do is to listen through – not just the whole thing, but as individual elements. Put your critical listening hat on here, and use your well-trained musical ears to spot anything that sticks out. What elements that were previously buried can be brought out to the forefront to make things more interesting? Does anything stand out as a hook that didn’t serve as one before?

By getting the Loopcloud plugin straight into your remix project, it can communicate tempo information straight to the Loopcloud app, meaning you’ll be ready to audition any sample from the Loopmasters catalogue alongside your project, in sync and in key with the original elements.

The plugin and this functionality also work with free Loopcloud accounts, so there’s very little reason to not give it a go!

Whether or not you’re going to turn the track on its head, one method here can provide some great results. Solo each track and start exporting elements that can stand on their own as loops or hits, and export them into a new folder. Whether its beats, fills, synth lines, vocals or anything else, try breaking the song down to the level of snippets.

With this done, you’ve made your own ‘sample pack’ of interesting loops and other elements from the song, and you can use this to build something new from scratch. You could also try a second stage of exporting samples with effects added, to get even more interesting and creative fodder for your upcoming production.

With this approach, you’re not trying to build anything – you’re mostly trying to strip back the song you’ve been given so that its barest, most essential elements are all that’s available to you.

When listening through to the stems, whether individually or as a whole, make decisions about the elements that you don’t need – the ones that don’t contribute to the personality of the track you’re going for – and start removing them. When you’re left with just the bare essentials, the audio that gives the track its identity, you can retime, rebuild and piece together your new arrangement.