FeaturesPlugin SuitePlansTutorialsBlogSounds
The Sample Makers: Aneek Thapar, Jon Atkinson and Matt Pike
28 Apr '2020
Three of Loopmasters' most highly rated creators tell us what it takes to make a sample pack that cuts through the noise – and how you can work better with your own samples.

Combining their varied musical backgrounds to create unique journeys in sound, Aneek Thapar, Matt Pike and Jon Atkinson have been responsible for many of the most popular samples on both the Loopmasters store and on Loopcloud.

As a team, Aneek, Matt and Jon’s credits include bestsellers such as the Dramatic Cinema series, Live Downtempo and Textural Techno, while individual packs include Jon’s Ultimate Brushed Snare pack, and Aneek’s Dystopia and Landscapes.

Jon is a composer and session drummer who has toured with Kim Wilde and drummed on countless TV show and movie scores. Matt is a synth wizard who is responsible for presets on many much-loved synths such as the Novation Peak, ASM Hydrasynth and a whole host of Arturia gear. Aneek has made content for Ninja Tune, Ampify and Loopmasters and mixed a number one album amongst many other things.

“It’s like being in a band where we can all work together separately and no-one gives a f***,” says sound designer Aneek Thapar from his London studio. 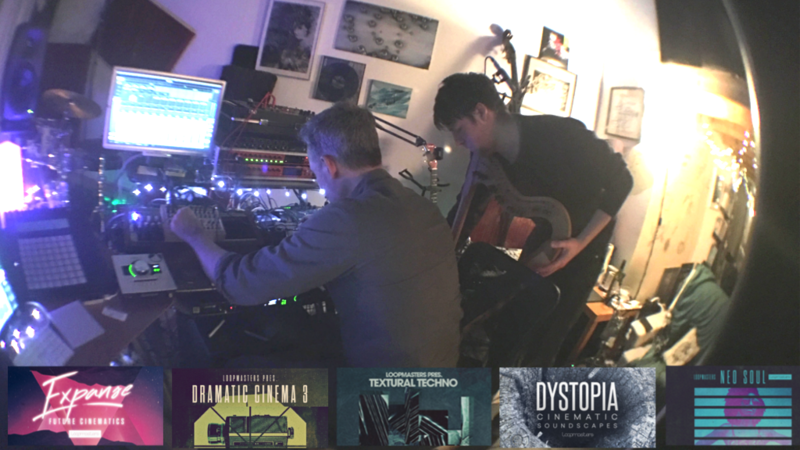 So how did the “band” first meet?

Aneek: Matt and I have known each other for 10 or 12 years but I literally met Jon a month before we started working together. He was introduced to me very indirectly by a friend of mine, Lee Malcolm from Vessels. Lee told me there was a BeatStep Pro for sale in my hometown. I was like what the f***? Whoever owns that is going to be my friend.

Jon and I exchanged a few emails and then later that day he just came over. He rode in on his bike looking really dapper in a sexy leather jacket and I thought, “I really wish this guy was my dad”.

How does the collaboration work for you guys? What’s your workflow?

Jon: We have a couple of workflows. 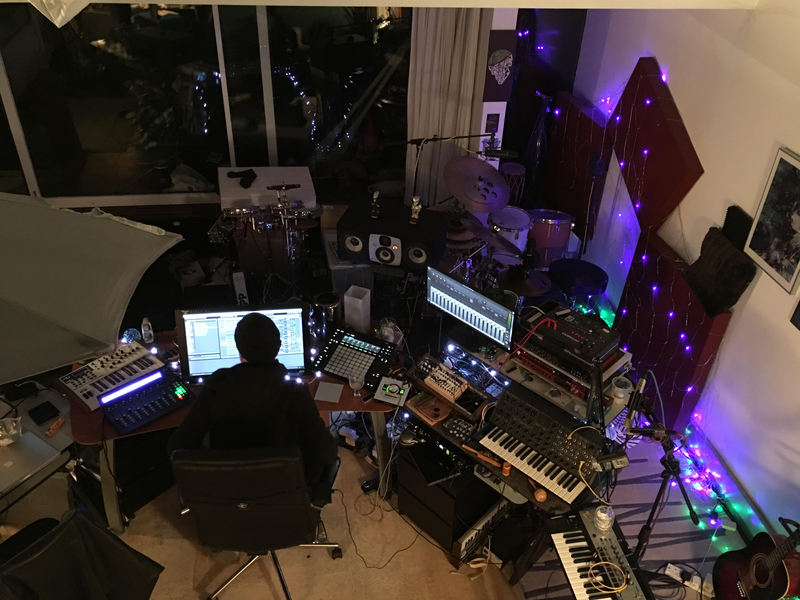 Aneek: Yeah, I think my favourite is getting everyone in a room with gear that they love and just jamming for an hour. We just have fun and don’t really worry about what we’re doing. Whatever we do is going to be to our tastes, and it’s going to sound good.

Matt: We tend to do big long capture sessions where we try as many things as possible. We may do a bit of flagging and editing at the end. We’ll go through and figure out where we were going a bit too insane and where we were doing really good stuff. Afterwards, we just divvy up the jobs and trawl through and find what worked best. That’s the boring bit.

Are you ever a bit more methodical?

Jon: Yeah, we’ve often sat down and taken the time to focus on percussion.

Aneek: There was one afternoon at the Glass House, my old studio, where Jon had this great idea. We set up a mic in the centre of the room, and on every fourth beat, we’d take it in turns to run up to it and make a different sound.

Jon: It was in a stereo setup, we had this really lovely natural space and we were creeping up on the mic from different directions. We grabbed all of that and cobbled it all together. I think we really nailed our clap sounds.

Matt: That was for our Live Downtempo pack

Aneek: I think Live Downtempo is one of the best sounding things I’ve made, personally. The drums sound amazing in it. Jon would just come over like, here’s a £1,500 snare. They’re just the best snares in the world. 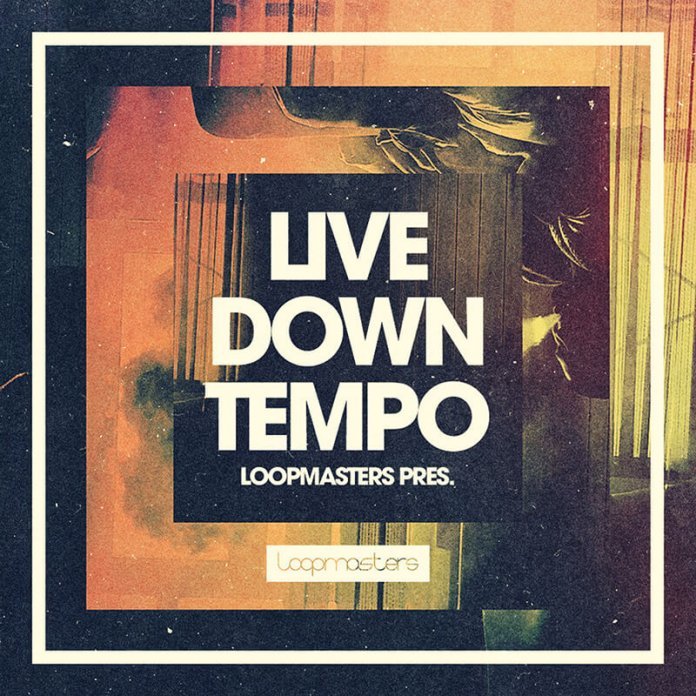 What made those drums sound so good?

Aneek: Jon is one of England's best session drummers. That helps.

Aneek: One thing I always like to do is take the overheads of the drums and put them down an octave. It gives it an otherworldly thickening sound.

Matt: It’s like a reverb that’s not a reverb. 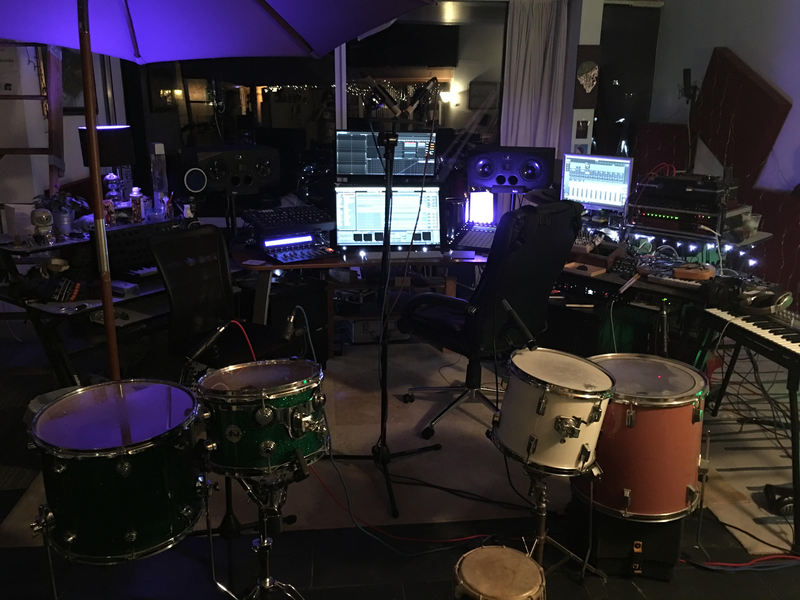 Any other processing methods you use a lot?

Matt: I would say that my favourite approach is taking sounds and making sure they always go through two creative stages. If I play something on a synth it’s normally going under some dramatic processing and then taken under control a bit or cut and relooped into a cleaner pattern. You’re looking for something to go wrong because that’s where you then get all the gems and bits of character.

It’s really carefully engineered failure basically. To take that and make it useful at the end is offering something unique in the same way as having the performative element that Jon can bring. It’s just finding a way to approach that differently every time.

So you all work on sounds separately as well?

Jon: We do. We’re a little bit spread out so after we’ve got together quite often we’ll go away and work separately. We have Dropbox folder where we put our sounds. It’s still collaborative though. Often I’ll hear something that one of the other guys has done and think, "That's really cool, I’m going to do something like that."

Matt: We also often jam over sounds we’ve each made. The perfect example would be Jon hears some guitar that Aneek’s made and goes in and makes a really interesting OP-1 texture with it. I might go and pluck out Jon’s OP-1 textures and jam something over that. It gives a sense of coherence throughout the packs.

Jon: That’s where it’s useful that we’ve all got different skill sets. We know our strengths and we’re very good at chatting about what’s working and what’s not. That means when we’re together we focus on what we do really well collaboratively than when we’re apart, we can focus on what we each do best. 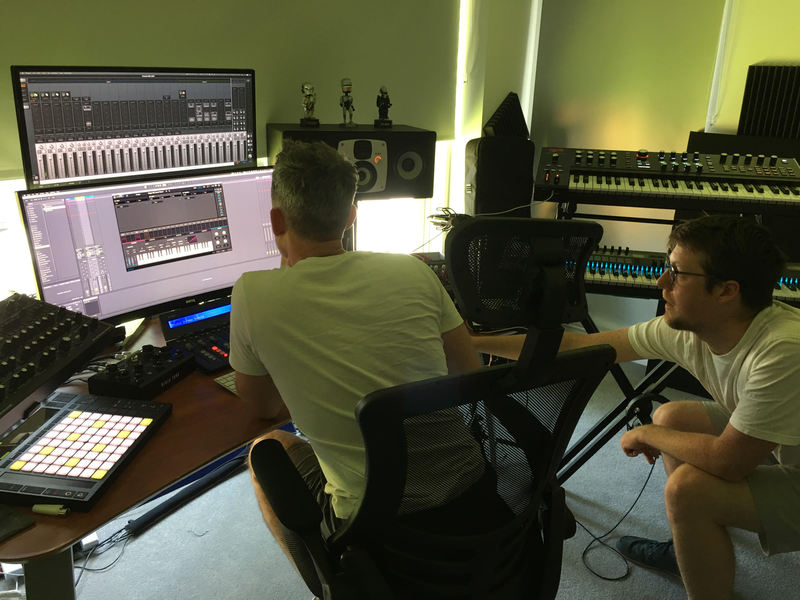 Do you each have some favourite bits of gear?

Jon: The OP-1 is amazing. Quite a lot of stuff we did on Dramatic Cinema 4 was recorded when I was on tour with an iPad mic and then sampled into the OP-1 and turned into a drone.

Managing to make something out of that, that’s the fun. 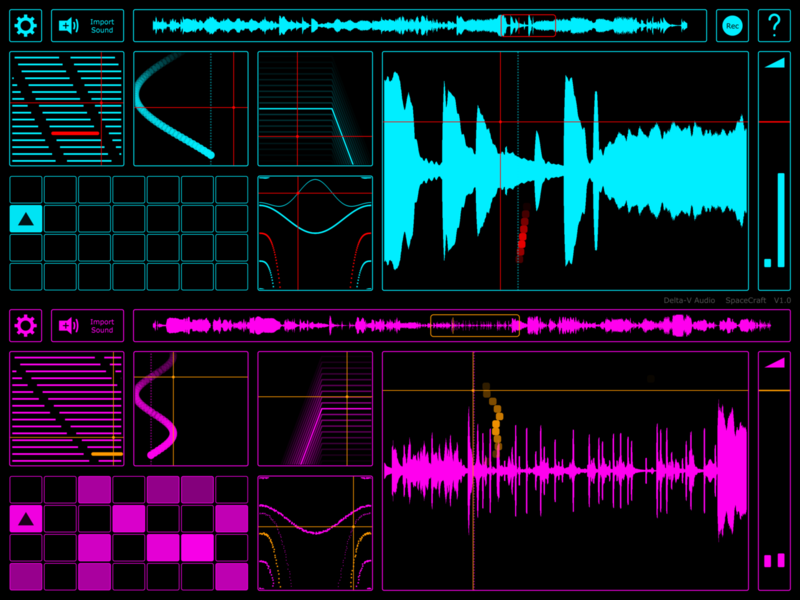 Matt: It’s baffled me how much Jon can get from the OP-1. I look at it and I can’t wrap my head around that little thing being so versatile. For me, it changes a lot. Jon’s very good for sticking with something he likes but I’m very fickle. I think it partly comes from being more involved in product releases. I’m always sent interesting stuff and I have to dedicate a large amount of time to finding interesting ways to approach the new gear. Because of that, I tend to use whatever I’ve been forced to use.

For our earlier packs, I was very modular focused. I had a system that was completely designed for performance. That was a lot of fun but it was very jarring… and after a while with anything you hit its limit. I’m not very precious about anything; I’m happy to get rid of things. At the moment I’m using the ASM Hydrasynth. I’ve got two of them, which I’m a lucky bastard for having. It’s just fantastically brutal, that sound engine is disgusting.

Another go-to is my piano. I have a really nice upright Steinway which I got from a friend of my upstairs neighbour in my last flat. It’s not a particularly nice piano but it sounds ridiculous and is really one of a kind.

Aneek: I think one of my go-to's is Tardigrain. It’s a wicked iOS app for making drones and textures.

How do you manage to be so prolific with your packs?

Matt: The prolificness comes partly from Aneek. Having efficient workflows for tasks like labelling is something we had to develop, and Aneek brought in some really good ones. If we couldn’t do those things as quickly as we can, we would struggle to stay inspired.

Jon: Speed is really important. That comes with practice. If you’ve got to make 200 bass drum samples, you’d better be pretty good at the technical things that Aneek’s really good at, otherwise, you get in a terrible tangle. 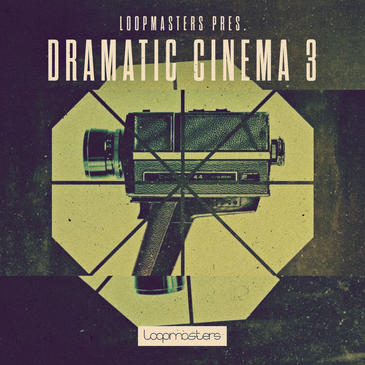 How do you stay inspired enough to make 200 bass drums samples?

Matt: I get really involved in making semi-automated processes to spit out a bunch of sounds and I pick out the best ones. I get inspired by creating the fun voice that’s making the hits. That’s more interesting because when you go back and sift through them, you’re not so knackered from loads of tweaking.

The key thing is to be always be recording from the start.

Aneek: It’s better to record an hour of silence and 10 minutes of gold than it is to not record at all.

Matt: It’s happened too many times or me now. Making generative patches is great because you’re always making things that you can use later on in sessions and stuff like that. It fires out some guff but when you hit the sweet spots it’s brilliant.

Jon: That’s funny because I’m literally the opposite. I sit there and do each one individually.

Do you ever get writer's block doing them one by one?

Jon: With drums, no, I could just keep going forever and I love it. If I’m doing something synthy I could probably get a few ideas down and then I’d go on to something else, but generally I don’t find it difficult to be inspired. It’s a case of thinking what happens if I put that into that, into that. Is it good? If not change it.

Matt: I think that’s where having staples is so important. They’re almost your cornerstones. If I’m doing synth stuff and it’s feeling a bit flat then I’ll break out a specific technique that I really like and get a few ideas down. They don’t have to be good but it gets the creative juices flowing.

Having those things to pull out of the bag when it’s getting a bit stale is important. When we haven’t had sessions together in a month or two, that’s when I’ll probably likely struggle.

Check out Aneek, Jon and Matt’s sample packs on Loopmasters and on Loopcloud. Highlights include Live Downtempo, the Dramatic Cinema collection, and Textural Techno.