Vermont-born electronic music star Morgan Page came to prominence during the US EDM explosion, with 2008’s The Longest Road (Feat. Lissie)is now remembered as a seminal track of the era – especially after Deadmau5’s remix pushed it over the edge.

“When I make music, I want to make music that makes me perk up on the dancefloor, and I need to know that track. If that doesn’t happen, then why are you making the song?”

Since then, Morgan has seen a Grammy nomination, won the Best Dance/Electronica Album at the Independent Music Awards for his 2012’s In The Air, and a string of Top Ten Billboard hits. Outside the studio, he’s also become know for his weekly radio show/podcast In The Air, and for the production advice dispensed in his Quick Tips Online and on Twitter

After doing so many remixes, you must’ve discovered the best way to get started creatively with them…

Everytime I do a remix, after having done maybe 400 remixes now, I’m always serving the song; it’s less about putting my stamp on it. The point of hiring a remixer is to elevate a song, reach new artists and audiences – work with the song and make it new and fresh.

I immediately go to my first feeling and I mess around with the song until something clicks.

I try to keep as much of the original vocal in there as possible; I restructure the chord voicings around the vocals; I rebuild the chords if I don’t like the original chords. You’re often basically just throwing things against the wall until something clicks.

What do you think separates a good remix from a bad one?

Some people will just do a template drop and just speed up the vocal. You gotta be faithful to it  – if it sounds like a chipmunk with the vibrato, maybe that’s the wrong tempo to remix at. If it’s an RnB track with a lot of vibrato on it, maybe 180bpm is not the right one to use. Those are things to think about.

When I did a mix for Stevie Nicks (Stand Back) they were very clear, “Don’t make this a banging club mix, be very faithful to the original because Stevie has denied all the remixes so far.” Then I think a mix I did for Madonna (Miles Away), which was very much, “Do your thing and hope she likes it” – she’s very hands-on with remixes. Some artists are very hands-off. I did a remix for Daft Punk that didn’t come out but I totally went the wrong way with that mix. I went very clubby and dancy and I should have gone more creative and musical. You’ve got to trust your gut; you’ve got to make it for yourself first and love it.

Are there any examples of remixes you particularly love by other people?

I have to reference the Deadmau5 mix of Longest Road. The beauty of a good remixer is knowing what to throw out and what to keep in. He stripped my song to its core components and took it to another level. He threw out some of the country stuff I had on it – country house was the thing at that time! He took the chord progressions and the bassline, the vocal and some bells and that’s it. When you can strip it to the essentials and have it be the right essentials, that makes a big difference.

I think a good remix should also elevate the mood of the song to a new level but keep it timeless too. It’s interesting to see which remixes sound dated and which remixes stand the test of time. I think that’s a matter of good sample choices, good chord voices and composition, creating new hooks within the remix, and good engineering.

You’ve been doing live shows, your radio show, writing for your Quick Tips blog, and still finding the time to make your own music. How do you fit it all in?

You’ve got to be laser-focused on your time. A big part of my workflow is having templates that give me direction – things are colour coded, I have default instruments ready to go, and I have presets as starting points so that I’m not painting myself into a box.

But it’s also possible to over-template things, and then you’re stuck with macros and you can’t move knobs. I set it up almost like graph paper, where I have enough of the structure to get going. 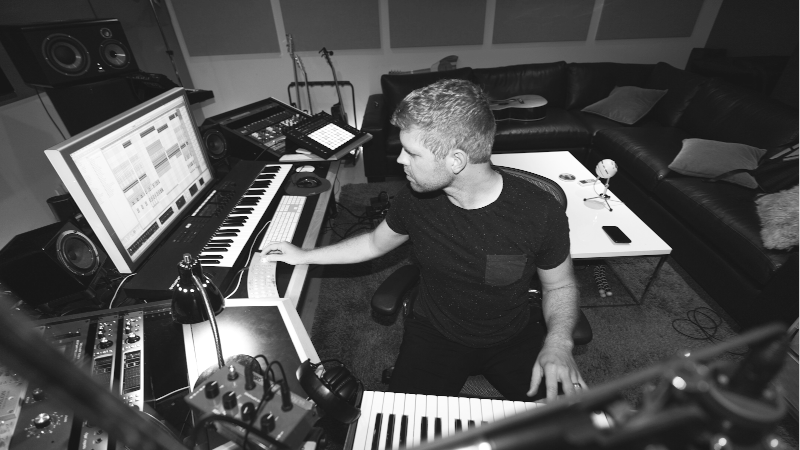 Any tips for getting straight into the zone?

A lot of it is about just knowing when to work. Mornings and evenings are typically better; the afternoon is a black hole. That's just basic human nature, your circadian rhythm. It’s like breathing air and gravity – it’s just the physics of how your body works. You can try to fight it, but your brain isn’t in the right state for creative work in the middle of the day, so I’ll do interviews, email and meetings then.

I think you only really have three or four hours of creative flow a day, and then after that, you’re kidding yourself. I try to get as much time as I can, but I don’t do 12-hour days anymore. Monday I do the radio show and I’ll do press stuff, Tuesday through Thursday I’m in the studio, and then it’s Friday through Sunday touring and travel.

I try to work in chunks. I’m not going to get into a flow state if I have less than three hours, so I’m really bad at working on the road. If I’m on a plane, I use that time to do more edits and mash-ups – little revisions of what I’m going to play for a festival or a club. I try to focus my studio time when I’m at home.

You also spend some of your time helping music producers with your Quick TipsTwitter account and full Blog. How did that get started?

Selfishly, it was to help myself at the start. It’s very easy to forget what worked in a session and what worked in a song. I want to immortalise all these little nuggets of insight I’ve had for the last 15, 20 years of making music because I’d forget it otherwise. But then I thought that if I can write these down as 140 characters or less, I can fit them into tweets. There’s 800 of them now and there’s five a day that randomly get picked.

When I write the tips, I never know which one is going to resonate with people. I look at it like this pile of keys, and I don’t know which key will unlock which door but it’s up to the users to decide. I also have a physical deck of Quick Tips cards which is great if you want something more tangible. 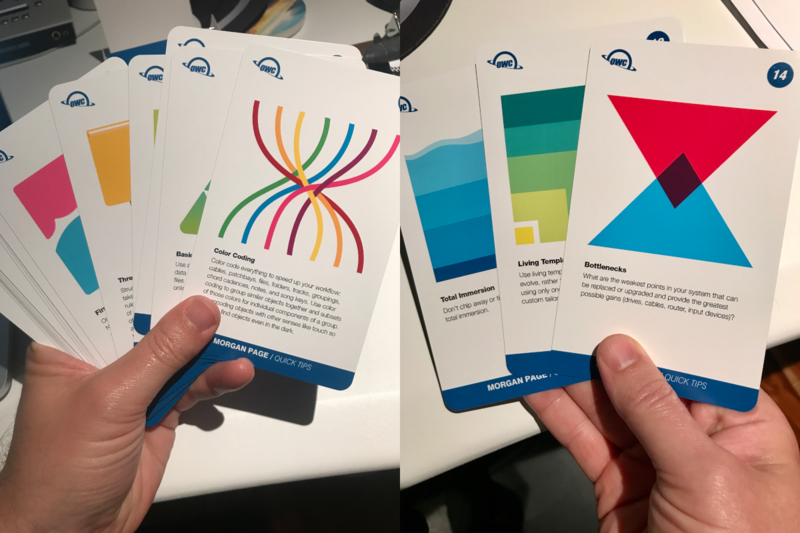 Someone told me about Brian Eno’s Oblique Strategies cards, which I love. I think they’re about $75 dollars for a deck of cards, which is insane, but those are very abstract – no graphics, no colours. I really wanted to make something which was this clean, vector style; something more actionable that I would use daily.

So I teamed up with a company called OWC that makes really good Mac upgrades for fast hard drives. The idea was we would ship out the deck of cards when someone bought a thunderbolt drive.

Some of the blog articles on the website aren’t quick – they’re long-form pieces about how to be a better producer.

Those deep dives ultimately end up being comprised of many tips. The tips are the building blocks for the longer pieces. I just think of a good juicy area that hasn’t been tackled in a magazine or the press – I’m writing articles that I would want to see as a producer.

I just found that nobody was writing these pieces. A lot of magazines would get to the surface of these things. It was all about ‘How to Track Vocals Better’ or ‘How to Make a Fatter Kick Drum’. It wasn’t a holistic sense of the whole process from start to finish 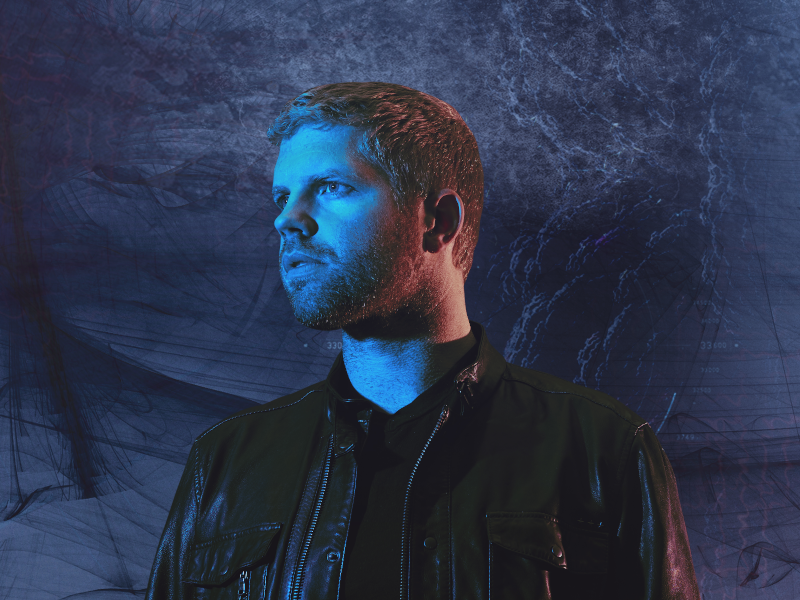 What about some Quick Tips for people’s careers? How to Get Signed… or How to Get on Well With Roadies?

Career momentum is a whole other beast. That’s related to the climate, luck and persistence in your work ethic.

I do have some tips for your career, like ‘Don’t use the shotgun approach when you’re sending out promos to people’. You look at what Chainsmokers did – they sent out 1000 personalised emails to bloggers, each one unique. You can hate on them, but they paid their dues, they did the work, they remixed everyone on-spec, they asked for stems from indie artists.

I remember when I was sending out demos early on – you’re going to get rejected by a lot of different labels. I thought I was going to make it at 21, that I was going to have this Avicii-style skyrocket to stardom, but it took ten years.

What if you could go back and tell the amateur Morgan Page one single tip to get his career going quicker?

With music, I love the ‘Rule of Three’ tip. Your brain can only process three distinct phases going on at once. Even if you engineer the shit out of it, your brain’s not absorbing any extra-musical phrases. The whole idea with a catchy song is to set a hook and create something memorable that’ll stick with someone. If it’s not memorable, it kind of disappears.

But the absolute number one tip is that you need to build a volume of work. You’ve got to fail thousands of times, you’ve got to be doing at least one draft a day: beat, chord progression, bass, maybe a guide vocal. The only way you’re going to get to the gems is to build through this body of work, and that goes for any genre.

These tips are the grease for the gears, but I can’t give you the gears – that work has to come, but the tips will speed up the process, maybe have less creative suffering along the way. That’s always my goal: make it fun, make it sustainable so you don’t burn out. Take a little bit of that friction away, and that momentum will help you create better work.