FeaturesPlugin SuitePlansTutorialsBlogSounds
Dom & Roland Discusses How He Gets Things Done in the Studio
26 Mar '2020
The drum and bass legend discusses his latest offering ‘Curiosities of Sound Vol. 1’ and why it is a masterclass in sinister sound design.

Dominic Angas cut his teeth in the days of hardware samplers, even taking his artist alias after picking up his ‘Roland’ S-760’ sampler near the start of his career. The rest is drum and bass history – 25 years that have seen Dom & Roland become one of the most respected names amongst DnB purists.

His forthcoming album Lost in the Moment is set to be released in March or April this year and sees the DnB veteran returning to the roots of what brought him to the genre in the first place. This year also brings Angas’s first Loopmasters sample pack, Dom & Roland - Curiosities of Sound Vol.1, which features many classic sounds from his two decades of iconic Dom & Roland productions.

“Music should be about emotion and giving you a feeling” he muses down the line from his studio.

“I think nowadays people focus more on how good your snare is and whether it's cutting through the mix. I think that should never be the forefront of what makes a good tune. It's probably improved now, but for quite a while people were obsessed with loudness and mixdowns. In a way, it damaged the creativity of what was coming out.”

How else has drum and bass changed since you started out?

In the 90s it was a very creative time and there was a massive amount of fusion in drum and bass. When the commercial side of things started to take over people started thinking, “Oh, hang on, I need to be more commercial”, and they were trying to fit into some sort of formula. It became more about the money and producers started being less avant-garde, which I thought was a little sad.

Actually, I'm even guilty of trying to do that myself – some of my fans turned around and started saying, “Why are you making this?” And I realised I should go back to making what I liked making.

It probably means that I haven't progressed onto the next level of playing massive festivals, but I'm very happy with the sort of music that I put out.

Actually, I'm even guilty of trying to do that myself – some of my fans turned around and started saying, “Why are you making this?” And I realised I should go back to making what I liked making.

What about your workflow? How has that changed over the years as software has become more powerful?

I suppose it has changed with technology, but it all comes down to the same thing. I listen to a load of sounds and see which ones pique my interest. I never quite moved into making loads of stuff on synthesisers when soft synths came about, because I came from a background of hardware samplers.

Where do you stand on artists trying to get their tracks as loud as possible?

With this latest album that I've done, which is coming out in March or April, I didn't go mad about the whole ‘squashing’ thing [lowering the dynamic range to make things louder overall]. I asked the mastering engineer [and long-time D&R collaborator] Hive not to push it, and it ended up being around 9LUFS. That's about 6dB quieter than most drum and bass, but I think it sounds good.

I'm on the fence about that because I've always been the sort of person that has made very squashed, loud music, but part of me realized that I'm bored of doing that.

Can trying to get tracks as loud as possible get in the way of your creativity?

I can create something that I really love and then it will take me another two months to make it really loud. At some point during that process, I stop loving it and it doesn't sound as good as the original version. Then I spend more time trying to get it back to how it sounded before. It can just be a waste of time.

I think sometimes it's best to just forget it and say, “does this thing have a vibe and does it move me? Does it make you want to listen to it? Is anyone else going to care that the hi-hat sometimes slips out by one millisecond, or is it just me?”

I can create something that I really love and then it will take me another two months to make it really loud. At some point during that process I stop loving it and it doesn't sound as good as the original version.

For example, your old tune Twisted City has no elements that are really that full-on and in-your-face, but add it all together and it's really rolling.

I didn't even like that tune when I made it. I thought the groove was off and I thought I'd messed all the drums up. Now listening to it I don't notice any of that at all. So there you go, case in point. I think people are slightly too hard on themselves and everyone should chill out a bit.

How do you determine if an idea is workable or not?

I take a long time to finish things. Quite often I'll write something very quickly in a day and then I'll just leave it for a couple of weeks and not listen to it at all. Then if I listen to it and two weeks later it sounds cool, I might have a little bash trying to just correct a few things. Then I might leave it another two weeks, but in between that time, I'll be working on lots of other things. So I'm often working on 30 things at the same time.

For those, I literally daisy-chained my hard drives going back to the last one that works, which is I think '98, and just started going through sounds randomly and making a folder.

I ended up with way more than I needed and that's why I decided to do two or three packs. I'd go through and then suddenly I realized I had 400 samples in a folder. Then I'd go and try and find 30 of those that had a different tone or colour to the others and I'd arrange them so that you've got a wide variety of sounds across the folder.

Some of them are from old songs and ended up being quite iconic. There are some sounds in there that I know people have always wanted, like my Tramen Break. I don't know whether I put the separate parts on there, I did sort of say that I was going to. Maybe I'll hold that back for another pack.

I put all the breaks from Thunder which had all been very heavily processed. They all have a very distinct sound and you'll recognize them from the tracks.

I just try to be as varied as possible. I had a love of sample packs early on, and the ones I really loved were the Distorted Reality and some of the Spectrasonics ones. I always thought they had the most varied palette of sounds. They were the sort of sample CDs you put in your CD player and you'd instantly be inspired. Then there were other sample CDs you flicked through and everything on them was rubbish. I didn't want to make one of those sample CDs, I wanted to make one like the packs that had inspired me when I was growing up. Hopefully, I succeeded.

I had a love of sample packs early on, […] I wanted to make one like the packs that had inspired me when I was growing up. Hopefully I succeeded.

What can we expect from your upcoming album?

It's called Lost in the Moment and it’ll be out on Dom & Roland Productions in March or April. It's just about that whole vibe of wanting to make a tune with no expectations.

I went back to what first interested me in drum and bass, which was that deep rolling monotony. I think some of the best tunes in drum and bass aren’t trying to be anything other than great grooves and slightly tribal. One of the tracks on the album has literally got about five sounds in it… but it doesn't get boring. You can listen to six minutes of it and, because of the way the sounds are organized, you're always drawn into a new element – you get hooked on a new rhythm.

That's an element of drum and bass I've always loved – it's quite techno-ish in a way. It's that monotony that draws you in; it's the way that the drum is tuned with the musical elements as well. I think sometimes that aspect of drum and bass has been lost recently.

You’ve been on the scene for over 20 years now, have you ever worked on the development of new products?

I worked with Native Instruments when Kontakt One was made. I was on the beta team so I helped get that thing off the ground, which was nice. That meant that I could put some of my ideas that I used from my E-mus and Akai's into that. I was also on the Emagic team as well before it got bought by Apple.

I think Logic 2 was the first version of Logic I had, and that was before they'd even invented VSTs. When I did start buying plugins, I think the Waves Q1 EQ was the first one I picked up.

Were you a fast adopter of digital, then? 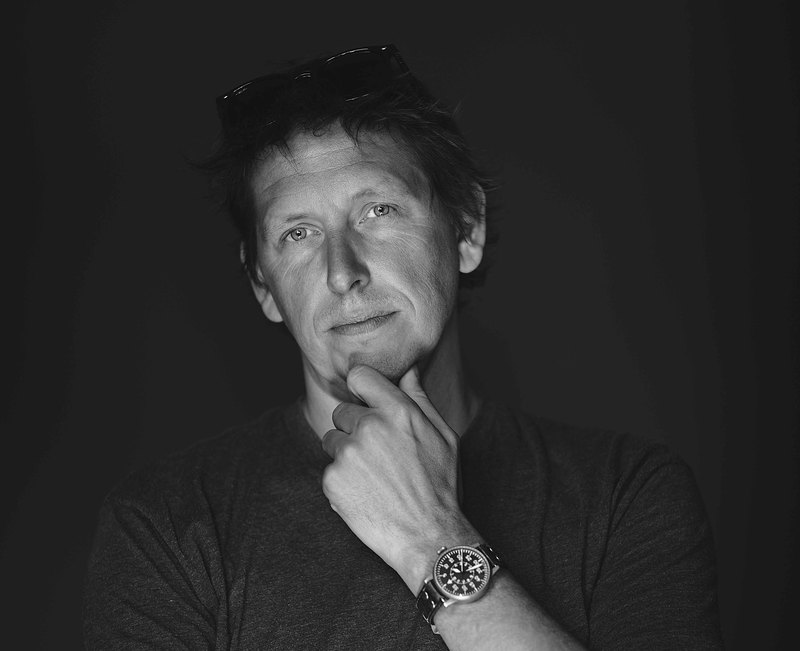 I struggled with it, but I also came from a background where I understood what it was that the hardware did. I had an ear for it. I'd know that, for instance, when digital first came about, the tops were horrible because of all the aliasing, so I knew that you had to roll them off. It wasn't something that was widely discussed. Digital hardware always rolled off the tops, it was inherent in their design. So it was probably something that I found easier than someone coming straight into it from a digital background because I actually knew the sound I was going for.

It did limit me in some things. Hardware still rules in bringing RMS up when you're distorting a break and trying to lower the peak level whilst still retaining the weight. That being said, I think plugins have now got to the stage where they can really hold their own against nearly all hardware.

You mentioned you’re less concerned with technical perfection and you’re more interested in how your music makes you feel. How does this translate in your production methods?

Another thing people do is sidechain everything because they want to get it louder, but I much prefer hearing a kick melding with a bassline on different notes. Because of phasing and masking, the kick sounds slightly different each time, and I like that. I don't want that kick to sound the same every bar.

It's got to move me. It's an old-school attitude, I suppose.