German producer Lorenz Brunner has been releasing sparse and beautiful techno under the name Recondite since 2011.

A firm believer in acting on creative energy wherever or whenever it may strike him, Brunner writes with the simplest of setups allowing him to get his ideas down quickly and easily.

So what setup do you use?

The simplest approach I’ve found so far is just playing around in Ableton, not even using external plugins, just the internal synths and effects. Maybe I’ll use a MIDI keyboard or controller so I can play things and move knobs a little bit, but even with just my laptop keyboard and the touchpad I can express something.

This was my initial fascination, I found out that’s how I want to work and I don’t want to be distracted, I want a direct connection between the urge to play and the ability to write.

How did you discover that?

I was taught to produce by my friends. They had a very broad approach, they had a laptop and a DAW but they also had hardware with external sequencing. They were able to explain synthesis to me using an analogue approach, very hands-on, but as soon as I was able to work on my own I realised I had this idea of an ideal uncomplicated approach to making music. The more hardware I bought the more complicated the whole thing got for me. 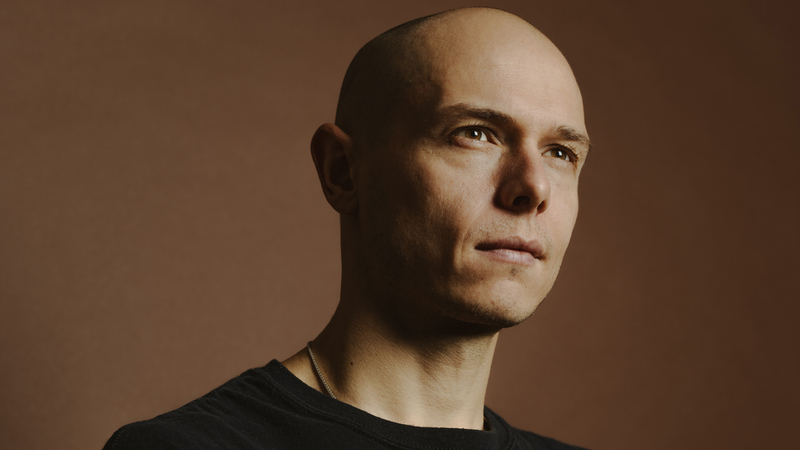 That’s why I quickly moved away from external hardware; every piece I got I had to learn. That was interesting, but it wasn't what I wanted to do, I wanted to be creative. I didn’t even care that much about how it sounded, I didn’t have the ears for that yet. All I wanted was the simplest approach I could find to being creative and making music.

How did that approach translate when working on your new album Dwell?

I usually work best if I write in a quick burst of creativity where I get down to the core ideas, then maybe 60% of the work – the most important part – is done.

Writing Dwell was a great process, very quick. It took about three weeks to finish the core ideas of all the tracks. Then there was a lot of processing, polishing and developing as well as thinking about the concept of the album and how it going to end up.

When I write an album I also reflect on what part of my life could be reflected in this stream of songs.

Would it be fair to say you’re a producer who puts together a lot of sketches and assembles the pieces once the ideas are collected?

Yes, for sure. This has always been the way I worked. I realised I was able to get down sketches very quickly, it didn’t take me long to write ideas at their core, but after that it took a bit of time to step away, go at it again and finish it – that’s the more technical part. The first part is more spontaneous.

How do you get to this spontaneous approach?

A big part of my creativity is trying not to lose my naive approach towards music. It’s the only way to stay coherent and true to myself in what I do. I don't have too many external factors influencing the way I work or the way I approach my work and gather inspiration.

I try to approach making music like a kid playing with their toys. They don’t think about whether or not they want to step towards the Lego, there’s no planning process. A kid has a very pure, naive approach towards playing with their toys and this is an approach I’ve always tried to follow – having a sense of joy and spontaneity, an urge to play around with sequences. It’s rule number one and I don’t want to lose it. 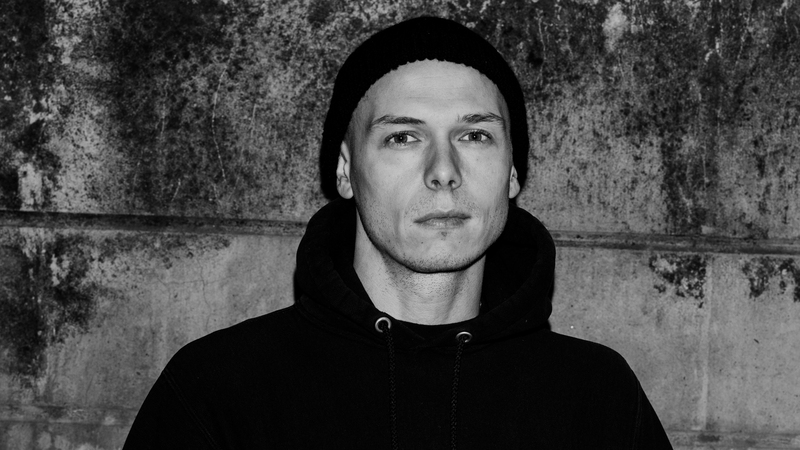 It must be difficult keeping that approach as you grow older and more experienced.

Many artists in whatever field tend to lose that as their career takes off. Usually your first steps and initial ideas happen during a period in life when you are not a professional musician and in that time you have a different approach because there’s no pressure whatsoever. No one cares about your music and there's no expectation. That's a great starting point because it’s very pure and uninfluenced, it comes from the heart.

The more professional artists get the larger the infrastructure of people they build around themselves. They have a tour manager, social media manager, financial manager, and the reason people have that is to be free of that stuff because it draws you away from where you come from, from your naked, pure ideas, where creativity comes from.

How many sketches did you have in total before you went into creating the tracks?

Usually it’s ten. After about six sketches I’ll get the feeling that it could be coherent, it could be an album. Then when I get to 10, 11, 12 sketches I start arranging them further, finishing those tracks and then deleting or writing new tracks.

What are your steps for turning sketches into tracks?

The sketches are only loops most of the time. One thing that I will never get tired of and will never be difficult to me is creating loops – I’m an Ableton child, there’s no way around it. I love pulling up session view, putting in some samples, loading up a bass synth, putting in a melody synth, opening a sampler, programming percussion and then playing the loop for hours whilst I do other stuff; that’s easy. But easy is good in my opinion, easy is where I create ideas. The arrangement is the hard part. When I switch to arrangement view I feel like I have to work.

I have to think about how I want to organise the development of the track so that it emphasises or underlines the essence of the loop. That’s a complex thing that requires planning. I’m not a jammer who hits records and then builds the arrangement in one take. I have tracks that have one sound on one track that happens maybe twice in a song so I cannot control every parameter live. 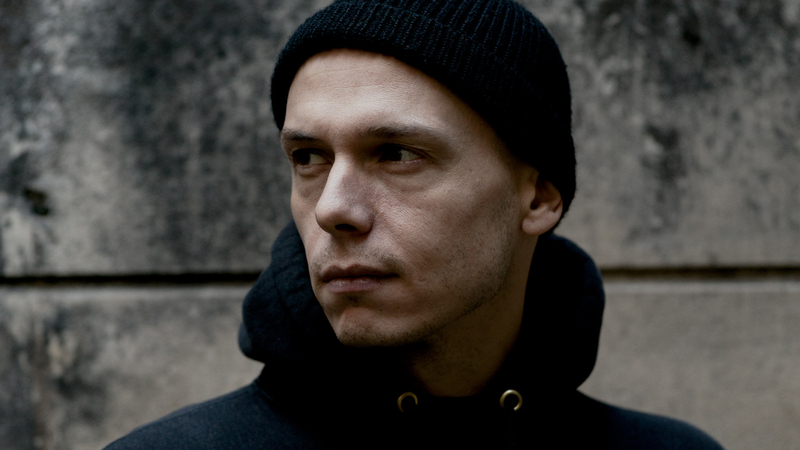 I do recordings of, for example, filter movement on basses and melodies. I let the whole track run through and record the filter movements, but I can’t do that for every track at the same time because I don't have that many hands.

I still try to lose myself in the flow and forget time but for me, my favorite part of making music is writing the loops, the rest is a necessary addition.

The fun part is creating a loop that I can play for 10 hours, that doesn’t annoy me, that has character, value and emotional information, that repeats itself with no development. I was thinking about creating a loop album at some point, not giving a shit about arrangement any more, just creating ten loops that are five minutes long. I’d cut on five minutes, there’s just that loop and nothing else.

As I said, I wrote the sketches in a few weeks then when it came to arranging I 100% recognised the aesthetic from my previous work. It’s nothing new, nothing revolutionary, I’m completely aware of that, but this was somehow the essence of what I felt whilst writing those tracks.

At that time it was six years since I went on tour, this is my sixth album now, I have several EPs on different labels, I’ve seen a lot in the electronic music scene. I’ve seen festivals and clubs all around the world, I’ve experienced things I never thought I’d see and that changes you. Sometimes you’re not at home for ages, you get home, change the contents of your suitcase, and then you go again.

It was a completely different life to when I worked as a physical therapist. You go to the clinic every day, then at the weekend you’re at home with your friends – that was over. It changes you as a person but I didn't want it to change the core of my personality. I have a tendency to observe how people change as they develop inside of the electronic music scene. What is their initial character? How does their character change? For example: maybe one takes too many drugs, maybe one can’t handle the fame, maybe one can’t handle the money that he makes compared to before.

Think about it, if you are dead broke and then suddenly you have the opportunity and willingness to play 150 shows a year, then you can imagine that’s a lot of money. It changes you, for good or for bad, but either way it changes you.

...that’s a lot of money. It changes you, for good or for bad, but either way it changes you.

This is something I think about a lot. For me, because I had a career before music where I would treat patients and think about their mindsets, I put a lot of thought into these topics. So it’s an important thing for me.

Of course it’s interesting for listeners if someone develops and tries out new things, but it can be an absolute disaster because a person can lose their personal touch and their approach and where they come from – they just try different things because people expect it from them. That’s why I’m proud of the fact that this album isn’t a big revolution in my sound. It’s my individual voice, I’m not going to change it, I’m sorry but that’s me.