Reuben Falle is a sound designer based in Brighton who has created a number of much-loved packs for Loopmasters, including Ambient Acid and Dark Trip-Hop. We caught up with him to learn a bit about his creative process ahead of the release of his latest pack ‘Industrial Dub'.

“When it comes to making sample packs you have so much space to breathe.” he tells us from his studio, “You can have a vast array of sounds encompassing a genre, and you don’t have to worry about how it will fit into a specific mould of a track.

“I get so absorbed into the world of sound design, I’ll be working on one sound for like half an hour - it’s great!”

So how do you approach making sample packs?

When a pack is confirmed I’ll create a Spotify playlist of reference tracks and then I’ll listen to it through a few times and make notes.

On my latest pack, Industrial Dub, there’s a lot of really heavy kick drum samples mangled with a lot of distortion and overdrive. I was listening to a few SOPHIE tracks, her sound design is next level and she loves her 808s, and she does something so unique to them. I wrote that down thinking “I need a few of those”.

I always write down a list: I need 20 of those kicks, I need 25 synth leads of this kind of sound. I like to plan things out otherwise I tend to stress and it gets messy.

Listen to the pack on Loopmasters

Who else was in your inspiration playlist for Industrial Dub?

A friend of mine played me the music of this group called Igorr, I’ve never heard anything like it before, I can’t even explain it. One minute there’ll be opera vocals then it will go straight into a drum break. It’s really quirky and really heavy.

Also Die Antwoord have very quirky, industrial music that isn’t necessarily that heavy; it’s almost poppy. There was a lot of stuff like that.

Do you decide on a title and a theme before or after starting to write?

I’ll chat to Loopmasters about the general vibe and send over some concepts. Then, once it’s confirmed, we’ll usually settle on a working title. The name of the most recent pack was initially Industrial Pop but it evolved to be Industrial Dub because there’s a big bass influence there. However, more often than not the working title is what ends up being on the finished pack.

It’s quite an abrasive sounding pack and the key to getting that is the FM approach to synthesis.

Do you create lots of sounds and then go back and cull the ones you don’t need?

Yeah, I create loads of sounds for my packs and then pick the best ones. I have an ever-expanding folder on my computer of spares that didn’t make the packs.

Tell me about the gear you use.

I’ve got Yamaha monitors, a Moog Sub 37, an Arturia synth, a lovely 303 Oscillator clone, a Reface DX, a few other interesting Synths, and a bunch of preamps as well.. I’ve also got this crappy little FM synth which is amazing, I picked it up for £25 but it sounds great.

Was there a defining bit of gear that you used a lot on Industrial Dub?

It’s quite an abrasive sounding pack and the key to getting that is the FM approach to synthesis. For that reason, I used the DX to get some of the craziest, quirkiest sounds on this pack. 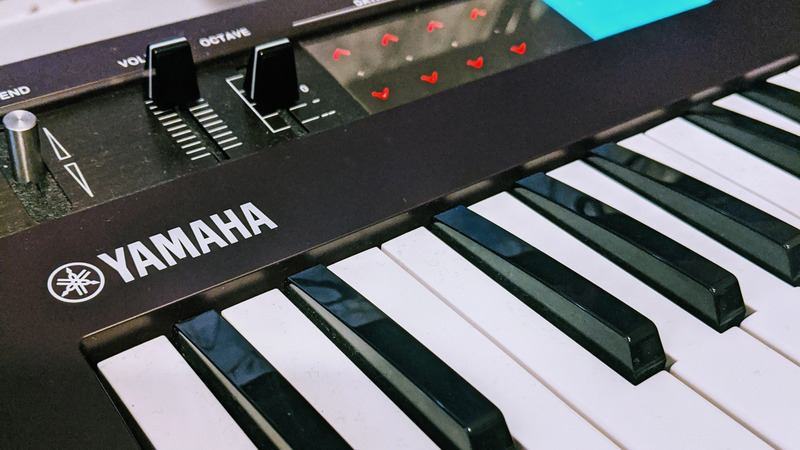 The DX7 is a notoriously tough synth to master, how do you find the Reface DX?

I learnt all the FM stuff on plugins like Serum and the Arturia DX7 clone, but I find when its hands on you enjoy it way more and you get way more into the sound design process. You make a lot of crazier sounds.

You mentioned you have a few preamps…

I’m obsessed with preamps, I love the sound of Neve preamps and SSL preamps. I’ve got a Behringer preamp as well which is broken, it’s a cheap tube preamp and the tubes have seen a very bad time but it just sounds amazing. 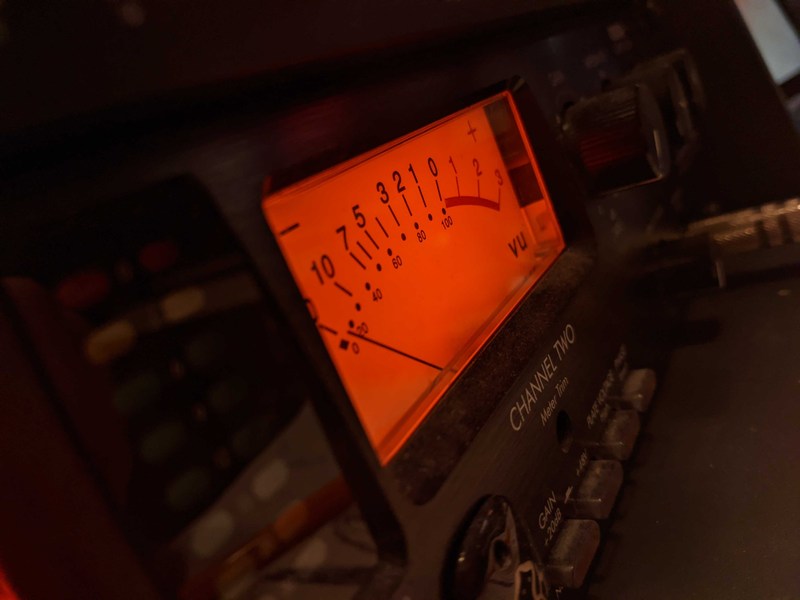 Do you use any plugins for processing?

When it comes to plugins I like to use a spring reverb and tape delay a lot. I also use more digital plugins like the RC-20 and Izotope Trash which is all over this pack. It’s one of the most irritating plugins but it’s so amazing when you get the right sound. It’s the most advanced distortion I’ve ever used, there’s clipping all over it, I just love it.

Are you always looking for new gear for inspiration or do you like to stick with things you know really well?

A bit of both. I like to learn a plugin and exploit it as much as I can. I’ll learn it inside and out and get every sound out of it - that’s when I’ll move onto a new one.

Do you use any soft synths?

I have a few. I use FM8 and I adore Serum. I’ve got hardware that can cover most ground when it comes to synthesis but when it comes to the really crazy sound design, that’s when I reach for Serum. It can just cover everything.

What really makes Serum incredible is the modulation, it’s just so in-depth. The LFOs and envelopes alone are amazing, the effects are great, and the wavetable stuff and the FM within Serum are also excellent.

As well as synthesis do you incorporate recorded sounds in your sound design?

Yes, I have a Zoom recorder and it’s an absolute gem. I love really mangling samples, exploiting the side that people don’t usually want when it comes to digital, like really bringing down the sample rate.

Completely random sounds like dropping your keys on the table can become anything. I went into my kitchen and recorded a bunch of pots and pans for snares. A lot of the snares in Industrial Dub are really metallic, about half of them were made with FM synthesis and the other half with pots and pans processed with Trash or some preamps.

One thing I did was use a really short delay which creates a zing, it essentially causes an oscillation because it repeats so fast. 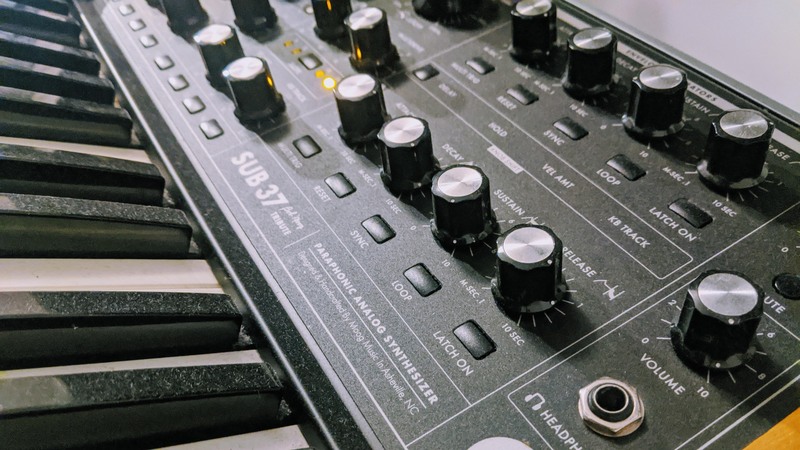 I’ll create a loop and apply effects track by track. I’ll do a synth lead and then I’ll process it until I like how it sounds and then move on to the next one. I’ll build up an Ableton project with say 25 synth leads in it, and once that’s finished I’ll bounce it out.

After that, I’ll start another project with, for example, 25 drum loops and bounce those out. Then, when everything’s done, I’ll go to Adobe Audition to normalise, top, tail and then name everything.

How did you first get into sound design?

I got into synths when I was 16 or something. I was loving bands like Porcupine Tree and also prog-rock bands like Rush. I came from a background of drums but there comes a point with guitar and drums where you can only take it so far, but with synths and crazy plugins, there's no end.

The first synth I got was an Arturia Microbrute and that thing alone sounds insane, especially for the price. When I got that I was like ‘this is me now, drums can leave’ and from there onwards it was just an obsession. I love it.

You mentioned you use Ableton, why is it your DAW of choice?

I could talk for hours about Ableton, it just works so well with hardware and MIDI. The effects and instruments in it are also next level, it’s so much more of a creative piece of software than Pro Tools and that stuff.

I used Logic up until about three years ago. From where I came from no one was really using Ableton, I didn’t know how creative it was, I thought it was just another piece of software. But when I started using it on my course it just blew my mind. It’s an amazing piece of software.

I think if I were to make a pack in Logic now it would probably take me two months! I am intrigued to try out Universal Audio’s new DAW however, that looks great.

How do you stay in the creative mindset when you’ve been working on samples for days on end?

It’s just a matter of finding that Spotify playlist and blasting it out and getting really absorbed and inspired. That’s what I do if things ever get quite boring.

What kind of music do you make when you’re writing tracks as opposed to doing sound design?

I like ambient music, I especially like the process of making ambient music because a lot of it is live and that approach to writing is a lot of fun. I also like making a lot of dubstep and stuff like that. I love really sub-heavy tracks, all that Bristol-based music - of course, you get an overlap there with grime and even some trap now.

Have you got any more projects coming up?

Now I’m working on a Patchworx of the Industrial Dub pack, a collection of Serum presets which I should have finished by April.