A champion of the classic Chicago sound, DJ and producer Alinka has been making vocal house music for a modern generation of dancers. Former resident at the legendary Smartbar venue, Alinka built her reputation for on her refined and intuitive DJ skills. Then, along with fellow production cohort and former Hercules and Love Affair vocalist Shaun J. Wright, the two artists started the Twirl label and party series, which gained a cult following on both sounds of the Atlantic. Along with releases on the likes of The Classic Music Company, Crosstown Rebels, and Leftroom, Alinka also started to garner a reputation through several prominent remixes.

Now, after going full-time with her music career,  Alinka has decided to go it alone with the launch of her own label Fantasy Life, with the first record ‘Do What U Want’ coming out on May 8. It’s a label that opens the door for more levels of creativity and experimentation for the Berlin-based, Ukranian producer.

We caught up with Alinka to talk about her current approach to music, the tools she uses and in particular, to find out how she works with vocals and loops as a solo artist, and she applies these in collaborative situations.

What are you using in the studio at the moment?

For the drums I use Maschine, plus I have a bunch of synths, and many sample kits. I load samples and loops into Maschine and cut them up and replay everything. For vocals I have a Blue mic, and if I’m working with a vocalist we’ll record here [she points to her home studio], but now that Shaun is in Chicago it’s forced me to be brave and start doing my own, and for this I’ve started sampling and using loops, which of course Loopcloud is really good for.

With samples, I don’t like to use them when they become the main part of the track, like when you can tell it's been in a million songs. If I take the vocal, I usually just effect-the-shit out of it, make it original, or turn it into an instrument somehow... like cutting it up in Maschine and turning it into loop patterns. 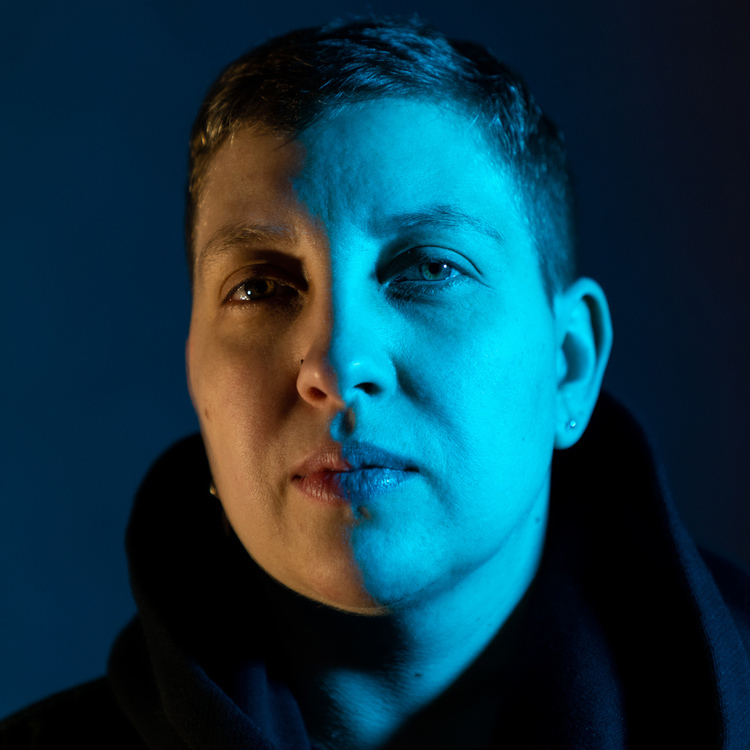 How do you go about your approach with vocals?

Usually with Shaun [J. Wright], he records about seven or eight layers of himself and we go through each layer to see what we keep. I'll try and work out the panning, add reverb, and some slight delay. He doesn’t really need a lot of effects on his vocals, it's more just compression, and sometimes some EQ because my mic isn’t an expensive one.

How does that compare to when you do your own vocals?

I’m not singing, I'm usually talking. I’ll normally go through a lot of effects, filters, layer everything until it barely sounds like me. Delay, filter, reverb… just to try to create something weird. Then I kind-of pan them in different directions, basically to just take the tension away from my voice. When I hear other people’s music I hear the lyrics, but when I listen to my own I only hear melodic stuff. With Shaun, the voice has something to say, with my own, it’s more for fun. It’s part of the track as an instrument. I view everything as an instrument in the track, vocals included. And with a lot of the old house stuff I like is just one word, cut-up vocal tracks.

Is that what’s happening on your new single, ‘Do What U Want’?

The thing is I’m really shy about my own voice, so I usually go to effects to make it sound less like me. With this one it was accidental and I ended up using this loopy dub delay and automating it. It scrambled the words for me and sounded more interesting so I just bounced it out and used it like that.

With drums, I usually use my own loops and then add another drum loop, cut it up, or layer it. I try never to just use a drum loop and never add my own sounds. I’m not worried about being authentic, and I’m not a techy person. I just know what I like. Creatively I always add things to make it my own, even if I’m just using someone’s hats. I’m just more into writing the melodic bits, basslines and synth parts, so the drums for me are always daunting. Taking a loop to start a track makes it easier to do the rest, and then I add my own parts to it. So loops are essential even just for getting an idea.

I always start with a kick, and then loop that, and then I’ll start adding to it. With the drums it's hard to know what you want, so I'll start with the synth parts or a vocal, then layer it and then I’ll start adding the drum loops. I still use this loop pack from 1999 that my friend gave me when I started making music. It has these super Armand Van Helden-like, New York tribally loops, and I’ve just been cutting those up. When I get stuck, or there's not enough shuffle that I want, I look for a loop that creates that, to bring the whole track together. Then it gets easier to start arranging. 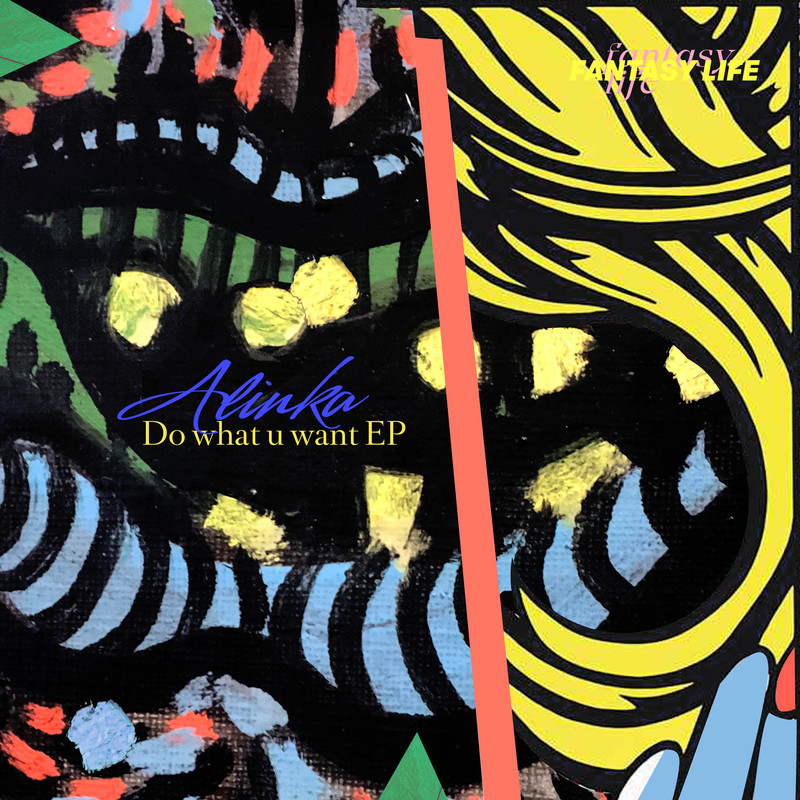 I usually finish a track on the same day, if I don’t then I just get kind of stuck and leave it. This is  where looping comes into play. My friend Mark Hawkins gave me this tip. He just said that if you copy and paste all your loops up until the end of the track and then subtract — subtracting is easier than adding — you can see where the whole track is, and create where you want the breaks. It’s easier to finish when you can see the whole outline, so I've been doing that, even when I write the synth parts.

Here, I think that the advantage of Loopcloud is that you can easily get an idea... a bassline, or a drum loop. If I get stuck, I look through that loop folder and try to find something that will bring it somewhere that I want. If I can’t, then it brings me ideas, then I’ll add a percussive thing or my own.

I think it took ten years before I started to like what I was actually making. I can really tell the difference over the last five years, since I’ve been writing full time. I learned to trust my ear, as before I was told to mix things ‘this way’, or that I should only do a kick in mono for instance. You absorb all that and think that's the only way to do it, but now that I’ve just started doing it by ear, especially with all the effects, and it’s helped me get the sound that I want.

At what point did you realise that you were making something unique?

When I met Shaun in 2012 I started working on house music again. He was in Hercules and Love Affair and I love their music, and that got me back into it. I would listen to their tracks and  go home and try to create music like that. I couldn’t do it, but I knew what my ideas were. And then suddenly I had the voice of all the music I loved. It happened really quickly after we met because we had this chemistry and something clicked. I really liked the music we were making and it started this domino effect of me trying to learn more and getting better and better. I think that was the moment ... now, I like my music because my voice is starting to come across on the tracks and that is something special for me. To do solo stuff that was the tricky part.

I went through a year of having ideas and not fully getting things out. I started doing remixes and that kind of taught me that I could do it. It all just came together when I left my job in October and started working on music everyday. I usually finish a few tracks a week if I work everyday. It's just about sitting down and writing all the time, even if you don’t want to. It's just like DJing, your ears get settled when you practise and then you know how to beat match when you play records, and it's the same with production because you know how to get what you want out of every track. It's just about learning and being very patient and knowing that even a failed idea isn’t a failure, and if I don’t know how to do something there's always a tutorial that works instantly.