FeaturesPlugin SuitePlansTutorialsBlogSounds
Exploring Polychromic House with Rodriguez Jr.
13 Jul '2021
The French producer tells us how he put his unique spin on the sounds in his Polychromic House sample collection, and also gets behind the Loopcloud buttons to create a banging 8-track loop in minutes.

The artist, aka Olivier Mateau, has just finished putting his finishing touches on a new pack that Loopmasters is very proud to offer online and on Loopcloud. He's also just released his new masterclass about Analog Synths, Music Production and Creativity on Aulart, and Loopcloud users can get 30% off this Aulart course right now. We caught up with him in his Paris base to find out more about the making of this collection.

“I think I would define myself as a storyteller,” says French producer Rodriguez Jr. “That’s the beauty of electronic music: it can encapsulate so many things beyond the dancefloor.”

Your work on the pack is now finished – how do you feel about what you’ve created?

I’m very excited about sharing my sounds and part of my building blocks with other producers now, I think that’s a beautiful exercise. I’ve spent a lot of time in the studio lately trying to understand my own music, trying to reexamine my sound. I had to have a better understanding of my music and myself, and that’s something I’m very happy to share in this Loopmasters pack. 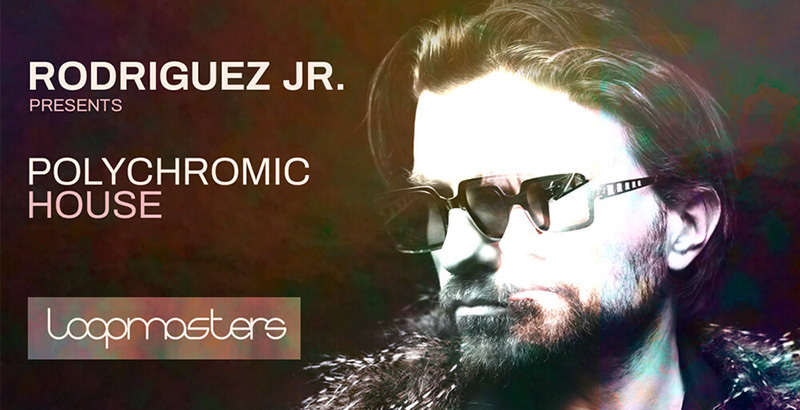 I’ve always wanted to do a sound pack, this collection is called Polychromic House because it’s made of many different kinds of colours that you can use in your own music – and in any kind of genre – and that’s interesting. You can use those blocks for anything from techno music to house, electronica whatever. This is why I like this terminology.

What was your process in creating the collection? Did you do anything different compared to your usual track-making workflow?

The process was the usual process when I’m here in the studio, which is just having fun with those instruments and trying to isolate each element. So for instance I would start jamming with the ARP 2600, run a sequence, drop a beat on the 909, create a bass on the Moog and a few pads on the Jupiter or on the Synthex, which is beautiful analog synths from the 80s, very rare. That’s what you’ll find on the sound packs – it’s really exciting to be able to share those ingredients with other producers. 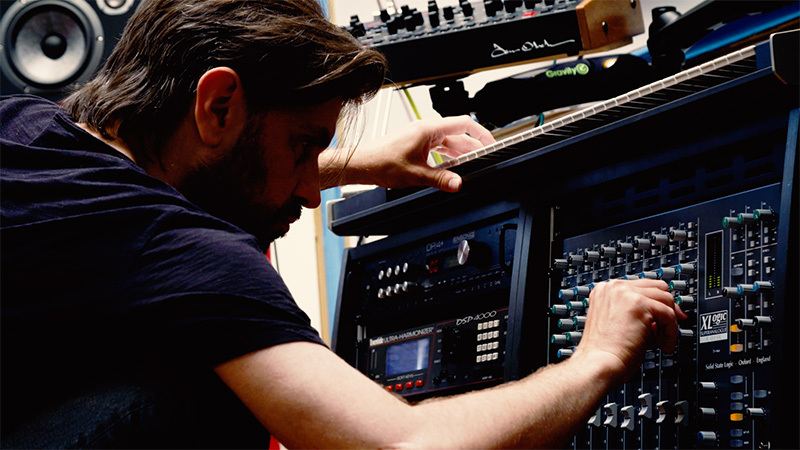 For someone who owns so many awesome analogue synths, what’s your attitude towards using samples to make music?

A sample is a snapshot of something, a sample encapsulates a sound – encapsulates an idea actually. Since doing this pack, I’m surprised because instead of using particular synths, I’m going to use a particular sample. It’s already here and it encapsulates a moment that I want to use again – and it’s definitely time-saving and inspirational. 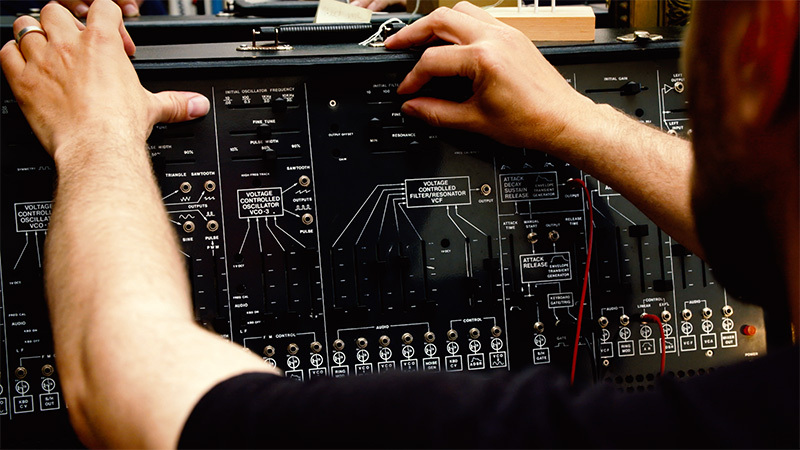 Like your music, the pack features a lot of melodic material. What is it about that side of music that appeals to you?

You know it’s probably due to my influences as a kid growing up in the 80s, but yeah of course the melodic aspect is prominent in my music. I love this emotional thing of looking for the right chords, the right melody, and putting beautiful light on those elements.

In your recent '8-Track Attack' Loopcloud Live Session, how was the experience of using Loopcloud?

I really like this 8-Track Attack – it’s fun it's like a game and you can just like throw those loops together, add effects and it’s fun, very intriguing, and that’s how making music should be it. I’m actually not as used to working with samples. I mean I have a few samplers, but my music isn't sample based like hip hop for example. So it was interesting to try a different workflow with my sounds. Actually it has kind of slightly changed my workflow in the studio – now I end up using samples more than I used to before!

Rodriguez Jr. gets behind the Loopcloud buttons to create a banging 8-track loop in minutes. Learn his process and download the exclusive session file here.  Polychromic House is out now, available from the Loopmasters store and on Loopcloud.

In that video you used an instrument called a 'Goat Nails Rattle'. What exactly was that?

It’s kind of a shaker. It’s got nails attached together and creates this really nice texture. And it has a story, it smells!

Actually it’s not mine, it’s my wife’s. She’s been touring a lot with a bossa nova band so she had a huge collection of drums and percussion in the next room. When I did the sample pack, I said "Hey, give your stuff", and it was so much fun.

Your Aulart course is available at a discount for Loopcloud users what can people can expect to learn?

What you can expect is its mainly motivational: getting the right workflow for creating your music. Of course there's a bit of technical stuff like compression and EQ; effects and synthesis, but I really wanted to give people motivation, hope and excitement. I think that was the most important point we tried to capture with the class.

Is there any one piece of important advice you would give to someone starting out?

Just work a lot! I don’t believe in talent so much, honestly. I think work is really the core of a career – work a lot, spend time with your equipment or with your software; learn as much as you can. It’s really time-consuming, but it pays off!