Theo Altieri has been releasing euphoric and rave ready house music as Chaney for the past few years. The Swindon native’s career has been going from strength to strength since the release of his debut EP #saveswindon with a string of heavy hitting releases on his home label Skint Records which have seen support from the likes of Denis Sulta, Patrick Topping and The Blessed Madonna.

2021 is already off to an excellent start for the producer and DJ. His latest collaborative single with Tim Powell (aka Morixo) ‘Good For Me’ is racking up hundreds of thousands of streams, and he’s just announced an upcoming release on Stress Records featuring Sian-Lee (of House Gospel Choir).

It seems like music is really starting to pay off for Chaney but how did it all start for him?

“I’ve been doing music for years now.” he tells me from his home studio, “When I was eight or nine years old I was in a covers band with my brother and then I started doing my own stuff. I was on the singer/songwriter route for about three years and then around the age of 13 or 14 I picked up a Macbook with a Logic setup and that’s when things started to change for me.

“I ended up getting really involved in the production side of things and loved it. I did it more and more as I got older and then ended up doing what I’m doing now.”

How did you get involved with Toolroom Records?

Since my first couple of releases, Matt (A&R) from Toolroom showed a big interest in my music. We kept in touch, and I sent him "Good For Me" - which he (and the team) loved. 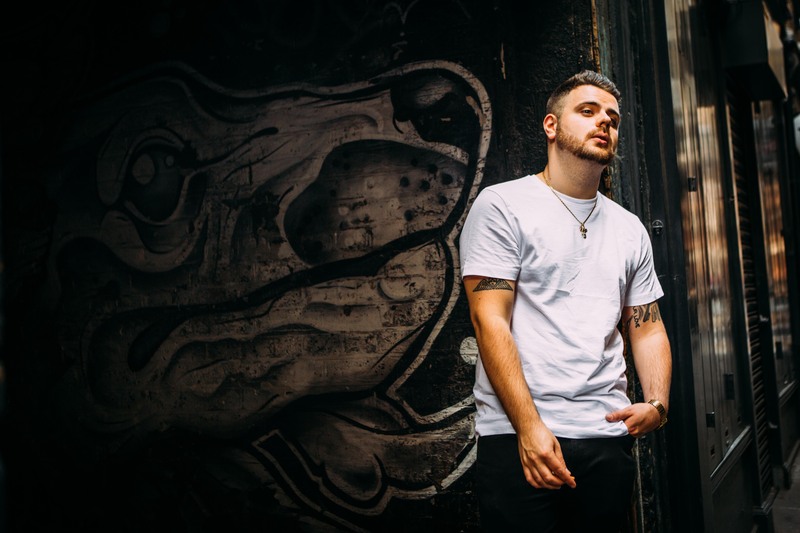 You have a rapid release schedule at the moment. Are you constantly making stuff?

I’m always in the studio, I normally get to the end of the month and I have quite a large bag of new songs. I’m also doing other things like remixing, so I’m just always adding to the bank.

Your latest single Good For Me recently reached over 350,000 streams on Spotify, what’s it like to have that size of an audience?

I find it quite strange because I’ve been putting out music for so long, but having that number of people listening to it is amazing. The main thing I strive for is to have a positive response and it’s just been amazing. I’ve been getting a lot of messages and comments, people are saying that they’re genuinely loving it and they’re showing interest in what’s coming up next. I want to keep doing that and putting out a high standard of music.

You’ve also been getting a lot of support from high profile people like Mistajam and Annie Mac, how’s that been?

That side of things is completely amazing. I haven’t ever really had that support from the likes of Annie Mac and Mistajam, and having Radio 1 and Capital on board is obviously fantastic. Annie’s been a really great supporter since when I started putting stuff out really. It’s just another thing that spurs me on to put out a high quality of music.

What was it like doing the Mini Mix for Annie Mac?

It was quite daunting, when I first got the phone call saying that she wanted me to do the mini mix I was buzzing but then I just thought, shit what am I gonna put in it? It was a challenge but it was amazing.

I had to pick a theme for it so that made it interesting. I’ve listened to so much different music from different eras so that was an interesting topic for me to base the mix around – that’s how I ended up doing the Euphoric Time Machine Mix.

Did you mix it live or did you put it together in your DAW?

I put the mix together in Logic, I think it would be basically impossible to do the Mini Mix live. It was really good because I don’t really do this kind of thing often. Doing something like this, a five minute Mini Mix in a DAW, you can get very creative with exactly what you want where and how it’s going to transition with effects and stuff. You can pack it out with a lot of emotion.

How long did you spend on it?

I have to say, I thought I had it in the bag, and then I ended up getting up the next morning like “Oh god, I want to try and add this in now.” The list of ideas just kept rolling on.

I did a few hours the first day and a few hours the next day. A lot of it was just sitting around and listening to music and working out what I thought would be best to put in it. It was a tough decision for me but I think I nailed it.

So that’s how you built the Mini Mix, how do you tend to go about writing tracks?

Coming from my background, I think I probably have a slightly different approach to other DJ producers – I think of myself as more of a songwriter. Sometimes I start with a chord progression, I’ve got a bunch of hardware so I might write something on those and then add a drum pattern and add a melody over the top. It really depends, sometimes I’ll come up with a little melody or get a vocal line and start from there working backwards.

Last year, you did a video for Eton Messy in which you wrote a track. I noticed you played in and programmed all of your synth parts, do you prefer doing that to using samples?

I normally start off with a chord progression or something I programmed on the 303 or the SH-01a, and then once I’ve got the idea down, that’s when I start messing around with something like Loopcloud.

I think you can get a bit lost with things if you start by playing around trying to find samples. I like to have a solid base and then I’ll begin to layer on top of it.

You mentioned you use Loopcloud, what do you think of it?

I think it’s really good. It’s really user-friendly and I like the functions of Loopcloud Play and being able to use it as a VST instrument in Logic. That to me was an eye-opener and I think it sets it apart from other platforms and companies.

You’ve got a track coming out on March 5th with Sian-Lee called “Bring Me Up”. How did that collaboration come about?

I have always been a big fan of House Gospel Choir and the energy they bring. I was in contact with the talented Sian Lee about working on some music together, and I had the bones of "Bring Me Up" waiting to be taken to the next level. We hooked up for a day in the studio and worked on the existing topline which is me singing, to give it more of a gospel / powerhouse feel.

Do you work with other artists a lot?

Yeah, whether it’s production or remixes I work with quite a few artists. If there’s an artist that I really want to remix I’ll go ahead and hit them up and I also get commissioned to remix stuff.

Through the company where I’m published, Warner Chapel, I have a slight outlet to get in contact with other writers and producers so I’ve been working with quite a few people.

Is there anyone you’d really want to remix for or collaborate with in the future? 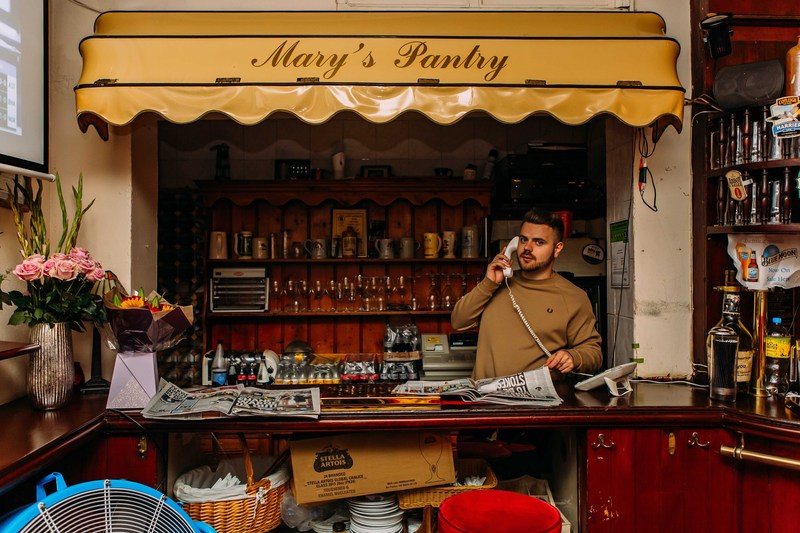 And what about the other way round, who would you love to have do a remix of one of your tracks?

It’d depend on the track but the person I’d be most excited about would be someone ridiculous like Moby, I love all his stuff so someone like that would be amazing.

If it could be literally anyone ever I’d have to say Andrew Weatherall, I’m a massive fan of his work and Primal Scream’s Scremadelica is one of my favourite albums of all time.

Finally, what’s been the most exciting moment of your career over the last year or so?

I’d say 100% getting the call to do the Annie Mac Mini Mix. That was super exciting and everyone around me was super excited about it too so it felt real.

Having that level of support from the likes of Annie and people like Patrick Topping and other DJs who have personally hit me up is really cool and has really spurred me on.