FeaturesPlugin SuitePlansTutorialsBlogSounds
Simon Servida talks YouTube, Music and making it in both
16 Nov '2020
The man behind Servida Music shares what it takes to make it in music on YouTube

Simon Servida is a musician, YouTuber and sound designer from Toronto. Since starting his YouTube channel Servida Music in 2018 he has made a name for himself creating entertaining videos and fire beats, and has amassed an audience of over 400,000 subscribers.

Servida has been playing the piano since the age of 7, but he didn’t start producing until later on. “I remember one night in high school just being bored. I Googled how to make beats, downloaded FL studio and then I kind of just fell in love with it from there.” 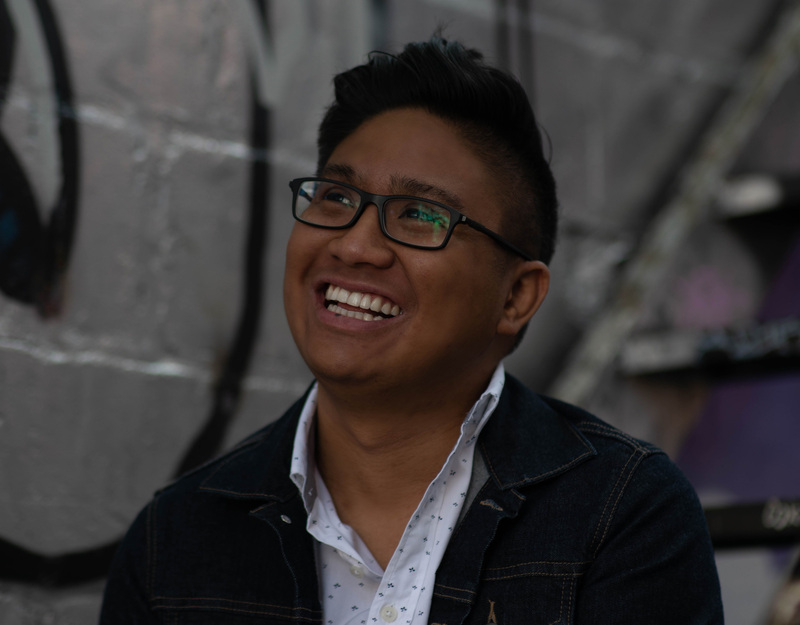 How long did it take you to kind of get to a level where you were like “oh I’m actually pretty good at this”?

It probably took about 5 years because at the beginning it was just a hobby, I never thought it was going to be a career. Once I decided “okay let's make this a career”, that’s when I started to see improvement. I was just working on it every day.

How were you teaching yourself?

Mainly through YouTube and Google. It’s funny because I was playing the piano before and I’d learnt a lot of classical terms so instead of Googling how to automate volume I’d search “how do I crescendo in FL Studio?” - such a stupid google search.

When did you decide you wanted to pursue music production as a career?

It was after my first year of university. I went to university for Biology and I failed the classes - I realised that it wasn’t what I wanted to do. I told my parents that I wanted to do music and luckily they were really supportive so I was able to pursue it.

And what were your first steps when you decided to go for it?

Well, I took the music programme at the university, that was a great place to just learn a lot of the fundamental stuff. The university was super academic and the stuff I was making was more hip hop, and modern so I still had to use Google and YouTube.

I got a degree in music composition so I was just writing compositions, it had very little to do with the music production stuff that I’m doing right now.

The reason I started the YouTube channel was that once I graduated from university, I couldn’t find any work in my area. I live in Toronto and the music community is massive here, I went downtown and tried giving out my resumes, sending cold emails and making cold calls but no one would bite. I was trying to figure out a way to make my presence known - a place like YouTube, where anybody can upload anything they want, felt like the perfect place for me to grow.

How was it when you first started the YouTube channel?

It was okay! I started the channel in January 2018 so it’s a fairly new venture for me. The first month was slow but then I started seeing enough momentum to tell myself to keep going.

You’ve got a unique YouTube-style, how did you develop it?

I guess I just watch a lot of YouTube, like an unhealthy amount, and I just drew inspiration from some of my favourite channels. There were people in the music community that I was looking at, but I was also watching gaming channels and vlog videos, studying their video structure and how they talk to the camera. My style is kind of a mix of all of my favourite channels.

Your channel is music production focused but you’re also a rapper, how do you define yourself musically?

I would say as an artist - that’s a nice general term for it. I mainly make beats and produce but given that I’m just in my own room by myself and I’ve got all this freedom and control I really wouldn’t be comfortable calling myself something else besides an artist because I’m the absolute boss of the musical project. I’m not making beats to send out to somebody later, everything I’m doing is for myself.

Do you ever send out beats or are you only making stuff yourself?

No, I tried doing that before and then I just got impatient with it. It’s a really long investment of time, so I thought it would just be much better if I rapped or sang on my beats myself. I have a lot of trust in myself as opposed to some up and coming kid in the city that I don’t really know too much about.

Personally, I don’t think I do it that well, I kind of just do whatever I feel like - the main thing I focus on is just the quality of content. Whether it be a YouTube video, a sample pack, or an Instagram post I just want people to know that anytime I put something out it’s going to be good. That’s all I hope for.

Which of your creative outlets do you enjoy the most?

It’s definitely a mix of everything. I have a super short attention span, so I can’t work on one single thing too much. Right now I’m making a rap song, and after I’ll probably switch it up into a really slow R&B song, maybe I’ll make some drum samples at the same time.

I just really like switching it up to keep everything fresh. It feels like an office job sometimes sitting down at my desk and just clicking away - I have to keep it interesting for myself.

What’s it like having so many people watching your videos and talking to you all the time?

I haven’t wrapped my head around it, it’s a weird thing. I did the math one time and there should be somebody watching me every second of the day - that’s just crazy.

I don’t really think about it that much because I don’t want it to get to my head either positively or negatively. I just try to ignore it and keep working.

But the community, my fanbase, they’re super loyal - I love those people.

It's probably the best thing that happened to my music career. As a musician, I think I’ve improved more over the last two years than I did in the previous eight. Having a channel that focuses on education forces me to learn more stuff just so I can teach it - it's like this endless cycle of me just sponging up knowledge.

There are also a lot of people in the industry that have reached out to me who want to work together because of my channel. That’s an opportunity I didn't have when starting out, it's been amazing.

Have you had a chance to use Loopcloud? What do you think?

Yeah, the execution of Loopcloud is what makes it amazing, you can tell that it was made by musicians. I like just letting something play and using the key and BPM matching to find a loop that fits right - it’s just easy to use.

Let’s talk about your own samples. What’s your sample creation process like? Do you synthesise drums from scratch?

Right now it's half and half. There are certain sounds that are really hard to synthesize so I get them recorded. My friend named Manny has got a ridiculous collection of drums - different ride cymbals, different snares - so I go to him to get a lot of raw recorded files and then manipulate them. The other half is just me synthesizing it, I like to work in Serum and other synths like Massive. I’ve also been trying to use the Arturia plugins like the Prophet to design snares and stuff like that, I’ve gotten some pretty good results from it.

What processing do you use to make the drums hit hard?

I think EQ is the most important. Having it hit at a certain frequency and also removing the frequencies that are unnecessary kind of give it its own space. If I have it like that it doesn't need to hit that hard because it’ll always stand out in the beat.