Danish producer and DJ Benjamin Pedersen has been working as a musician under the name of Kid Massive for 25 years. His signature driving groove house sound is known the world over, as are his DJ sets which have seen him touring internationally for over two decades.

Recently Pedersen has been working on more than just music however. After finding himself struggling with his personal and professional life, Pedersen decided to look at himself and work out why he wasn't happy. What followed was a journey of self discovery.

I was struggling, I was having a really bad time with my music - I almost quit. But then I thought, hang on, why am I quitting something that I really love? I realised it was because I was making music that wasn’t me - I went from making house to the big room EDM stuff and I really hated it.

“So I quit everything and went back to house - bear in mind this was when house was not popular - I literally went from touring to not touring and zero money. It left me thinking ‘this feels right’. Off the back of that I started to study psychology because I wanted to understand the process I had gone through. How did I achieve this?

“I went through a process of psychology courses, reading psychology, counseling courses, therapy courses, quantum mechanics, quantum physics. I studied Hinduism, Taoism. Buddhism, I was connecting the dots between spirituality and science. I’m not religious but there are parallels between the two which exist, and they work really, really well together.”

And this led to you setting up ‘The Mindset Sessions’? What is it you do in these?

A lot of the stuff that I do is self help, but it's more just truth telling. So if I'm giving you options, you can choose to do this or choose to do that, it's your choice.  I call it objectifying information rather than subjectifying it. If you want to overcome hurdles, this is the mindset that you have to have. This is not my opinion, this is just a fact. The more calm you are, the clearer you see things. 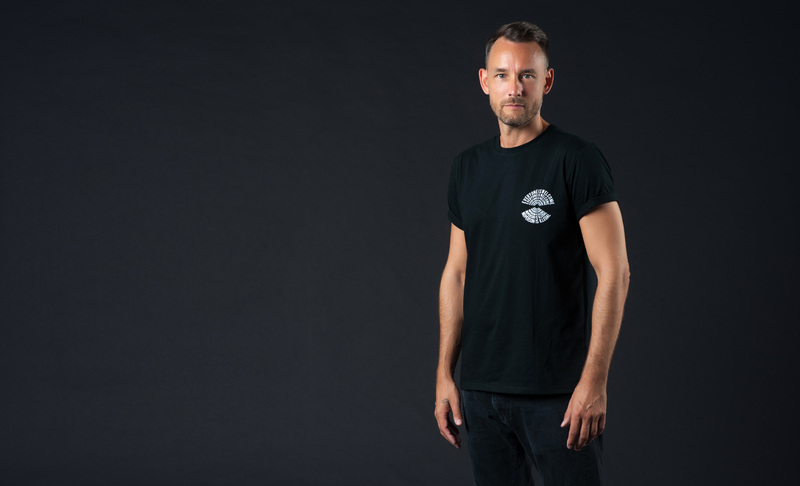 How do you calm your mind?

My understanding is that nothing is permanent, things come and go. Emotions - happiness, sadness - they're just fluctuating states that come and go.

When we stop being happy, we become calm. When we stop being angry, we become calm. So calm is the base state of all human interaction with the world. When everything’s said and done we come back down to this sense of ‘I'm chill now’. The whole idea of The Mindset Sessions is to help people understand that there are alternatives to reacting negatively, that acceptance is the key.

What are your future plans for The Mindset Sessions?

I’m now reaching podcast number 30 and when that's done, I'm going to start doing interview sessions. That's going to be the next natural progression for me. I've been doing a lot of monologues for the last year and a bit. Now, I feel I've covered a lot of the main areas that I want to talk about by myself, so now I want to ask other people, my peers, the same questions.

"everyone, even successful people, thinks the same way, we all have the same mindset"

I will also be doing online courses, I'm developing those at the moment. It’s going to be super, super cheap, really good quality content. Hopefully, we’ll launch in the next three to six months. I want everybody to be able to afford it.

I am also going to be doing a coaching series called CCC (Creative Coaching Courses) - that I'll be developing and rolling out here in Bangkok, working with some music academies, and then hopefully scaling up to be online as well. I've been a producer for 20 years, a DJ for 25, I know the industry. I've been through the lows and I've been through the highs and I'm still here. I still love it.

It’s important to understand how to set up your social media and how to speak to labels, but the soft skills are important as well.You need to know how to think and how to feel - that's something I'm working on.

What’s the secret to a long, sustainable career in the music industry?

You have to love what you do, it's as simple as that. The reason that we lose interest in something is because we fall out of love with it. We see something shiny over there and we forget what we’ve got. It happens when we start listening to other people's opinions - everyone's got one but you don't have to listen to them.

What I say is quite simple. Imagine that you need to know the difference between what you like and what you love. So for example, I like hip hop but I love house. So as a DJ, I will never play hip hop because I know hat I just don't have the interest to go ahead and be a good hip hop DJ. On the other hand I love house music so that is my main focus.

What a lot of people do is they focus on what they like, as well as what they love, and they become overwhelmed. It's too much. Sometimes you have to kill your darlings, you've got to get rid of the ones that you're not in love with. That is the key to longevity. That is the key to being able to always stay grounded, to have deep roots, to feel connected to what you do.

What would you say are the biggest hurdles that people face when pursuing a career in music?

I've reached a point now where I'm like, okay, I will give you what you want, but I will do it my way. And by doing that, you gain confidence, you gain inner focus, you gain strength, you can understand that an obstacle is not really an obstacle, it's just an opportunity to look at something from a different perspective.

It's also understanding that everyone has an opinion and that’s okay, let them have it, it doesn't mean it's right.

Everybody has a way of looking at something, and it's all personal, but as soon as emotions start to get involved, we get cloudy, we get muddy, we're not actually sure what's going on. The difference between pain and suffering is huge but especially in the music industry people suffer. For example, it’s painful when a record label rejects a record. That hurts for like, half an hour, an hour, but then you kind of forget about it and you move on. But what a lot of people do is they suffer. They start thinking why didn't they sign me? No one likes my music. And instead of that pain just being one hour, they prolong it for days.

We always focus on criticism. That's life. We do things and not everyone's going to like it, that's just how it is, and as soon as we can learn to identify the difference between pain and suffering we can move on.

Everything comes back to self confidence, back to believing in yourself. 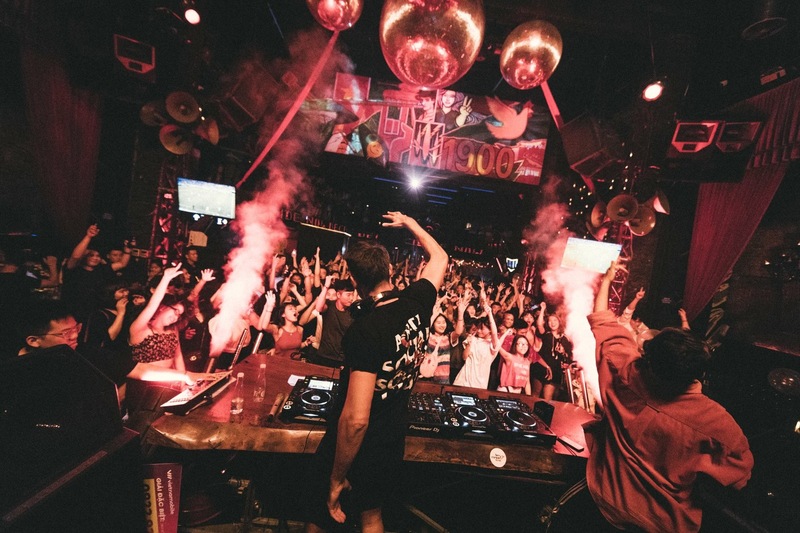 Have you got any pointers for overcoming creative block?

The reason that we have creative blocks is we're stressed and we try to force something that just isn't there. The reality is the creative process can’t be rushed - it takes time. Everything that exists in the universe has a timeline - a tree takes the amount of time a tree takes to grow, that's just how it is. Trying to push something beyond where it's supposed to be, it's not going to work. Being creative when you’re low on energy is a really bad thing. You simply don't have the energy to go in and be creative.

What we need to learn to do is accept when we’re tired and learn to leave things for tomorrow. The creative flow has to come all by itself.

Don't feel guilty about taking the day off because it's that day off that's gonna recharge you. That is literally the only thing that we can do to get past that writer's block. Do something completely different. And learn to accept that today you’re  just not in the mood.

How should people stay motivated?

A question that everybody should ask themselves, throughout all areas of their life is why are you doing it? If you can answer why, then that can be the basis for moving forward. The why should always come from you, not from someone else. Somebody else should never be the motive for you to do something.

If you want to do something because you love it you will never fail because you will always be your own driving motivational force moving forward. The more questions we ask the more answers we get. But people don't like to ask questions because they don't like the answers.

In what other areas of life should people ask questions?

People distract themselves with online and Instagram and drugs and girls and parties. I don't drink, I haven't drunk for 15 years. I don't smoke, I don't do drugs or anything like that and that's a choice, it’s not because I have a problem. It's simply because I don't need to. I've sat down and I've thought ‘why am I taking drugs?’, ‘why am I drinking?’, ‘what's the purpose of it?’.

Do I need alcohol and drugs to be confident when I'm out? Not really, I can do it without. Do I need to be drunk to chat up a girl? No. Do I need drugs to make this party fun? Well, yes, I do. Okay, well then maybe the party is just not very good. I should go home.

When you were a child, you would ask why about everything because you are always learning. Why is the sky blue? Why is that car moving? Why is he fat? That's how we learn when we're young, but then when we get older we get stuck in our ways and we stop asking why but it's now more than ever that you actually should be asking yourself why.

When we're young, we ask ‘why?’ outward but when we get older we should ‘why?’ ask inward. Why did I get angry? Why did I react like that? Why am I taking this? Should I really have this person in my life? It’s all introspection.

You’re currently working on a book - what’s it about?

It's basically going to be 10 steps to enhancing your creativity. The 10 steps won't be exclusively music focused, it will be for all creatives. You’ll be able to get value from it as a writer, as a graphic designer, as a dancer, as a DJ, as a producer, whatever. I already have the whole idea mapped out. I already know the chapters I'll be working on. It's a selection of chapters that you could just open up when you need to feel motivated. It’s like a creative handbook

It’s really a focus on the mental side of creativity?

In the short term you can have a bit of a career, but if you really want to do this full time, the soft skills have to backup the technical skills that you have. If you don't have that, then there’s no way your career will last more than five or six years.

The more we progress, the more obstacles we face. The bigger we become, the more opportunities we have. How do we make the right decisions? All of a sudden you're left with the choices that you've made, and those choices might not have been what was best for you.