Ever since his first few trips to Ibiza during the heady days of the seventies, the DJ-cum-event promoter, Jonny Lee, recognised the power of the positive energy that could be felt on club floors. For him, it made total sense to harness this energy in the form of a charity organisation that could bring about real change to people’s lives

“As a clubber, if you know that when you walk out of the club at the end of the night that your dancing has contributed to improve somebody else’s quality of life, that’s an incredible position to be in.”

Lee set up LNADJ in 2010, and the foundation aims to connect the dance music community with charitable activities in support of children in crisis. They run fundraising club nights and events, while also providing the vision, connections and infrastructure needed for others to partner with similar organisations or charitable causes and run their own events. The charity’s mission was met with huge support throughout the music industry, and they have partnered with some of the biggest companies and artists in the space, raising hundreds of thousands of pounds for people in need in the process.

We caught up with Jonny to chat about some of the work that his foundation does.

LC: What gave you the idea to set up the charity?

JL: I’ve been involved in music since I was about 18 years old, anything from hosting underground raves and owning nightclubs to running record labels. I’ve lived in Ibiza for over twenty years, and I’ve been coming here for longer – since 1971 – so I experienced all the early party days when there was so much positivity in the air. Nowadays it's been heavily commercialised, and there’s a lot of money around the scene. 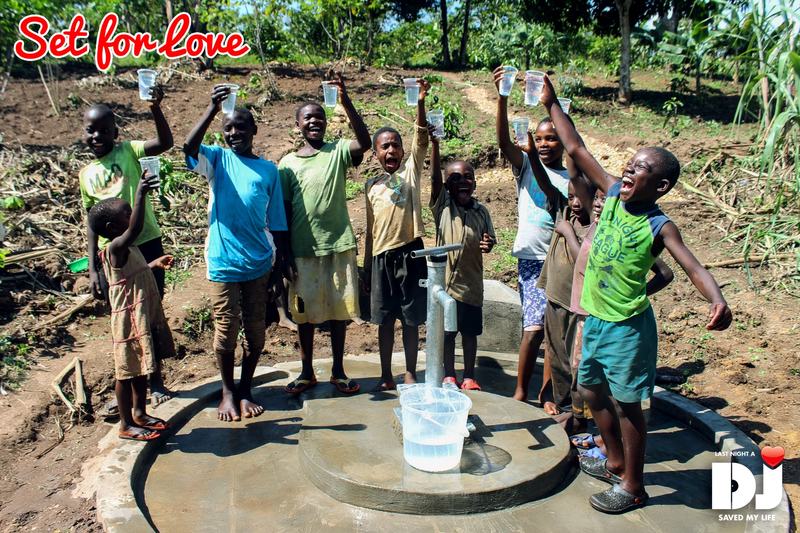 A while back, somebody signed me up for a charity half–marathon, which I agreed to do without having any background as a runner. There were 52,000 runners, and it was inspiring to see so many people coming together for a good cause, and the experience led to some self-reflection around what I had done to make a difference in my own life. Prompted by this line of thought I decided to hold a post-marathon fundraising party. I organised it in about a week, with a few DJs and live bands, and it turned out to be a great success.

I felt really motivated after this and looked to the international dance community to see what other charity events I could get involved with. This was around twelve years ago, and I could hardly find any other examples of people doing things like this, despite it being a seven billion dollar industry. To me, there was no evidence of any social responsibility in the community, just self–indulgent hedonism and people having a good time. I felt there was an opportunity to use music to give something back, so I set up Last Night A DJ Saved My Life as a platform to connect DJs and promoters with charitable causes.

What were some of the challenges you faced in the early days of the foundation?

Getting the initial charity registration sorted was a headache, especially considering I had no background in charity work and no income at the time. I went without a wage for a couple of years, even going into serious debt, in order to get people to take the charity seriously. I felt if I was doing it on the side and not fully believing in it, it would have been hard to get other people to believe in it too. It was challenging striking out into the unknown, with a family and two kids.

Outside of the finances, the other difficulty was trying to inspire people to take real action. People will pat you on the back or take a picture next to the LNADJ logo easily enough, but it’s a different story getting DJs or promoters to believe in the cause enough to give up their wages, or their ticket sales, for free. That was very challenging initially and probably explains why there wasn’t much of it [charity] going on in the industry at the time.

Established charities would overlook the dance community and link up with pop and rock events instead because of the blueprint that Live Aid had provided. Keep in mind too that Ibiza only has a four to five month seasonal window of opportunity in which to host events, so that makes it tricky. 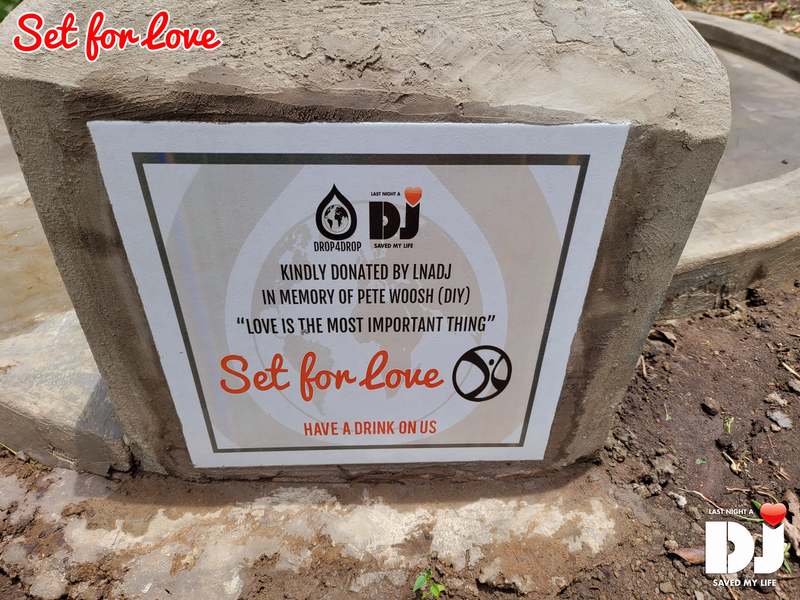 Despite all that, we were met with some incredible generosity early on. We Love Space donated all the ticket sales from one of their Sunday events, about €6000, which we used for beach cleaning and other environmental restoration projects in Ibiza. The next time out we decided that instead of a one-off event we would target the entire Ibiza season. In that year alone, we raised over €31000. With this money, we were able to make a huge impact building wells in India and Africa, and funding cleft palate operations and hepatitis C treatment in Africa.

You’ve managed to partner with some high–profile, internationally recognised artists and organisations over the years...

Doing the Houses of Parliament gig with Fatboy Slim was a big turning point for us, and opened us up to some great sponsorship deals. At that stage, we had a small team of unpaid staff, and we were probably breaking all the rules of how you should do a project like that. The scale of the event was amazing considering we hadn’t started out with any funding. We scraped it together through a pure belief in ourselves, and it put us firmly on the map.

Loopmasters have been instrumental in helping us secure funding for our events. They did a winter sale one year with a percentage of profits getting sent to us, and the money raised was used to build homes for single mothers with special needs children in Africa.

Since then we’ve been on a great journey together, with them helping to raise so much money and support for us. Recently Loopmasters sponsored us to cover the costs of running charity events like our “Set for Love” initiative. These kinds of events can be a bit costly to set up and run, so getting that funded was fantastic. 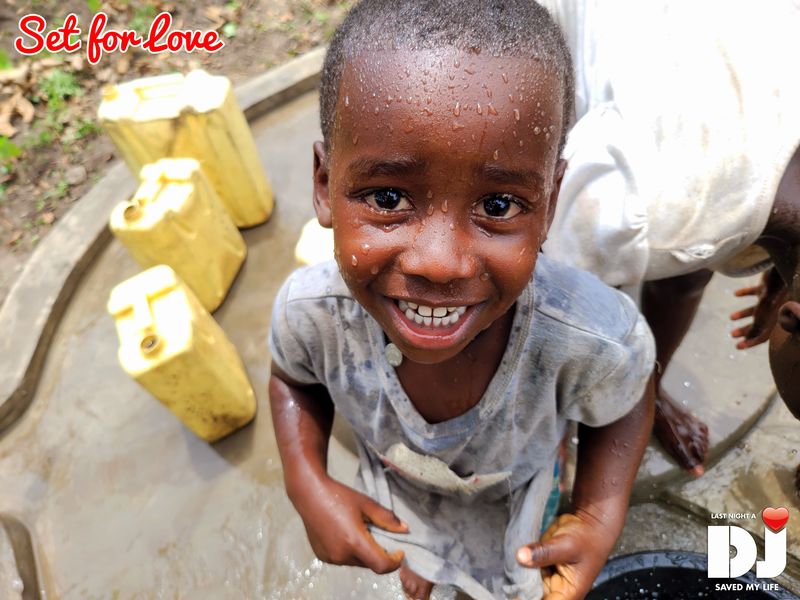 We also did some work with Warchild and Key Changes in London, involving paying for musicians with mental health issues to go into the studio, and building fifteen fresh water wells in Africa & India. We were also able to finance the rent for a music school for children who live on the street in Tanzania – there’s a huge list of things that we’ve received help with.

Tell us a bit more about Set for Love...

Set for Love is an event infrastructure package that allows people to produce their own charitable events, like a “party in a box”. We provide assets and guidance, enabling Set for Love fundraisers to be run in all types of local venues as part of a global campaign. It’s easier to convince clubs to offer their venues for free when the event is attached to an organisation like ours, with a proven track record in this space.

The idea was launched in Ibiza in mid–2019 and is the brainchild of George Evelyn (Nightmares on Wax). The first event set a great precedent, so we did a couple of events with local teams in the UK that also raised a lot of money. We were all set to push ahead with it in 2020, but the COVID–19 pandemic hit and we had to detour into the world of live streaming.

We got a team of volunteers together and put on the world's largest synchronized DJ livestream, with 10,000 DJs registered from 80 countries. It was a whirlwind, but everything fell into place at the right time, and the first weekend raised over £60,000. To raise that amount of money offline, you would need to set up a multi-day festival, which would have involved so much more organisation and costs.

Live streaming seemed like a winning formula, so we did it again for our birthday, and for World Children’s Day. Between the three streaming events that we put on last year we managed to raise over £128,000. The impact that made was phenomenal, and a lot of the money went to COVID–related causes in developing countries during a time of great struggle and emergency. Luckily we were already working in a lot of those areas, so we could get everything set up quickly. Within a week we were delivering lorry loads of food to disadvantaged areas, replanting seeds to regenerate crops, and helping out in Children's Homes.

What have you got planned for the future of the foundation?

We’ve already got over a hundred DJs signed up for our next Set for Love, with a month of live events happening afterward. This will be the first time that we’re doing live streams of Set for Love events, so hopefully, they will open us up to a wider audience and raise a lot of money for the cause. We’ve got other events coming up too, like Cycle for Love in September, and some mountain adventure events that are currently on hold.

Personally, when I look back at that moment when I couldn’t find anything charity–related happening in our industry and compare it with the impact the international DJ and dance music scene is having currently, it fills my heart with joy. I always believed that this community could change people's lives, and it’s amazing to see a positive shift of more and more people in the industry waking up to being socially responsible and engaging with charities.

The music industry has gone through the most challenging time it's probably ever going to go through recently, yet at the same time, it has given more than it ever has before. When we are all let out to play again, let’s keep this momentum and purpose going by getting involved with charitable fundraising efforts in whatever way we can.

You don’t have to be a DJ to lend your support to Last Night A DJ Saved My Life’s fundraising efforts. To see how you can get involved with Set for Love, or any of the foundation's other charitable endeavours, check out their website at www.setforlove.org.