Music comes in many forms and can be divided into various genres depending on the elements that make up each composition. These can include the choice of instruments or sounds used, the BPM (Beats Per Minute), the lyrical content, the key signature, dynamics as well as the time signature.

Although many of these elements can vary considerably depending on the song you are listening to, the time signature is one element which generally tends to be the same in most contemporary music. The time signature of a song simply tells us how many beats there are in one bar, as well as the length of that beat.

Generally, most western music tends to stick to a simple 4/4 time signature, with four beats in a bar (quarter notes). Over indulgence in a straight-laced beat under these conditions can lead to things becoming quite stale or rigid, however by using swing it is possible to play a song in 4/4 while also hinting at other time signatures.

Swing in music creates what can be described as a 'skippy' feel, with a much less rigid groove than a straight 4/4 beat.

Some early examples of recorded swing can be found in jazz music from drummers such as Buddy Rich and Gene Krupa, who gained popularity due to the swing they used in their drum rhythms. To typify the influence of swing on jazz, just take Duke Ellington’s song "It Don't Mean a Thing (If it Ain't Got that Swing)" which has become a phrase that is often heard in the jazz scene.

In modern music, Jacob Collier is an artist who is very particular about swing, even mentioning the exact percentages of it that he prefers in his music: 57%! Swing is also a staple in a variety of electronic genres as many genres draw inspiration from jazz in their productions.

For a song with a 4/4 time signature, each beat represents four quarter notes. If we were to place a hi-hat on each alternating note, we would have a straight hi-hat pattern. 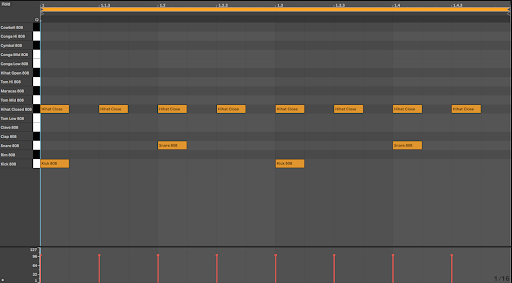 In order to create swing in this pattern, we can choose to use the triplet grid, playing a hi-hat on each alternating note once again. By omitting the middle triplet of each bar this creates a swing pattern, while the kick and snare can still play on the 4/4 grid. 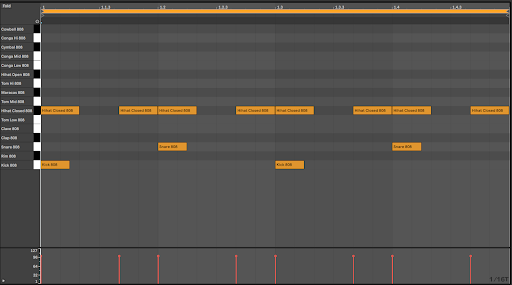 Another way of thinking about this is that each second note is being played later by 16.66%, playing it 66% (two thirds) through a beat, rather than 50% (halfway) through it.

Changing the notes’ MIDI velocities can have a huge impact on the feel of shuffled or swung music. For example, you can create a completely different feel by putting more emphasis on the offbeat, swung note rather than the ‘straight’ note that lands on the beat.

When you open Loopcloud DRUM to a preset, you are presented with a preset drum pattern that you can choose to edit to your liking, or start from fresh. One way you can edit your drum beats is by turning the Swing knob found on the main screen. By adjusting this, you are able to swing the drum beats in order to fit in with the track you are producing. The same drum beat can be made to sound vastly different by simply adjusting the swing level.

If you’re looking to spice up the groove even more, you can manually adjust the velocity of each hit by simply dragging your mouse across the step sequencer in order to give your track more bounce. For more precise adjustments, you can also push and pull each hit ever so slightly by using the Timing fader or pressing the Nudge buttons in the bottom right of the window.

Although we have talked about swing within the context of creating a drum groove, it can also be applied to a variety of sounds, from chord progressions to basslines. The theory and the timing are exactly the same, and swing can be applied to your MIDI clips once they have been recorded.

With Loopcloud 6, it’s possible to search for new loops based on how swung they are. This is incredibly useful both if you’re looking to match melodic samples to your current drum beat, or vice versa, to create a consistent groove in your entire tune. This feature allows you to put your own personal touch on any samples that you use within Loopcloud 6, and opens up many creative possibilities.

To do so, simply adjust the Swing slider to your liking with a straight rhythm being 0% and a completely swung rhythm at 100%. 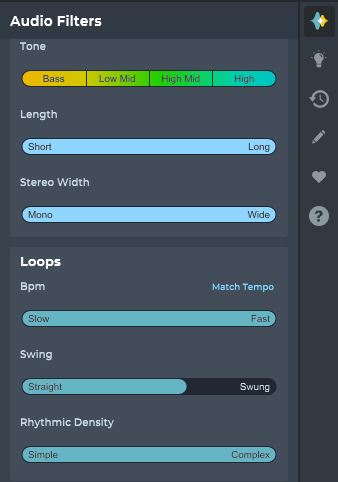 Swing can be found in many genres of electronic music, and is often used to give a more human feel to music that is created ‘on the grid’.

While swing in jazz tends to be done through the use of a triplet feel within a 4/4 composition, swing within electronic music tends to be understood as simply not playing a straight 4/4 rhythm, on the grid. It is for this reason that swing is used regularly within hip hop music, as artists aim to capture the feeling from the older records they are sampling.

One notable hip hop artist to use swing is J Dilla. The way that J Dilla used swing in his hip hop beats was so effective that the term 'Dilla Swing' is used to describe hip hop beats with a lazy, almost drunken feel to them. J Dilla was also able to use this technique to chop up samples in other time signatures, and use them in his productions with a 4/4 time signature.

Modern DAWs have made it much easier to make 'perfect' rhythms through quantisation. Swinging a hip hop beat, even slightly off of the triplet grid, can help when looking to create that classic hip hop sound.

Swing is also a staple of a variety of genres, such as jacking house, garage, grime, drill and more obviously, electro swing.

In many of these genres there is a clear backbone with a kick, hi-hat, and snare/clap hitting, simply clicked on the grid by the producer, but they may also include additional percussion that is swung between these drum hits.

A great example of this is Burial. Burial is an artist that is known as a pioneer of the future garage sound and is highly regarded for his disjointed rhythms that feel swung in an unnatural yet appealing way.

This comes down to the way in which Burial uses specific drum placements, through off grid ghost kicks and hi-hats as well as his use of found sounds such as the sound of a bullet hitting the floor or the jingling of keys. Effective use of foley recordings such as these can create an incredible swing within a composition if used correctly. By focusing on how a rhythm feels rather than relying on the grid exclusively, this opens up a huge number of unique sounding grooves for you to experiment with.

It is incredibly common to look at production tools that iconic artists have used in the past and believe that the synthesizer or sampler they used is the reason for their success.

Samplers such as the Akai MPC are often cited as being almost essential in order to create classic boom bap or lofi hip hop sound. and many people can actually hear when a track has been made on a specific piece of equipment. 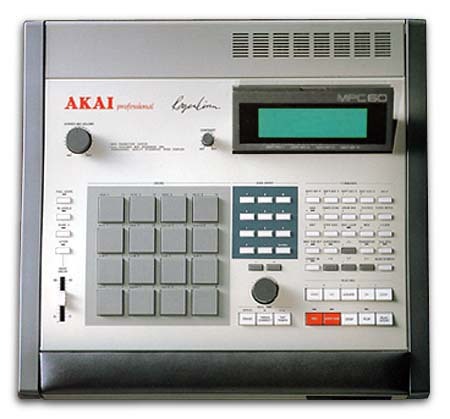 The Akai MPC itself is said to have the perfect swing, and is held in legendary regard within electronic music circles for this mysterious property of its timing. In an interview, Roger Linn commented that the swing used by the MPC wasn’t anything special – it was simply mathematically perfect swing, as described earlier in this article. Linn mentioned that the reason for the MPC’s difference to other grooveboxes may have been more due to the way the samples’ start time were tightly trimmed, making the swing more reliable and effective.