FeaturesPlugin SuitePlansTutorialsBlogSounds
How to make Digital Sounds feel more Analogue
29 Nov '2021
Create an analogue vibe in your tracks that brings warmth, colour and nostalgia with it.

The digital music revolution brought inexpensive hardware and software with it, taking the music industry away from analogue recording methods in the process, but it’s fair to say that the lure of the old ways has never really gone away. Whether it’s the warble of tape or the richness of a vintage synth, there’s something irresistible about the sound of analogue, and many musicians and engineers prefer to use a hybrid approach of both methods to get the best of the two worlds.

The benefit of digital is its precision and potential for optimisation, but the sound can be slightly sterile in comparison to its elder relative. From a recording standpoint, analogue sound is “warmer” and possesses slight imperfections that give you a retro studio feel. Analogue equipment and recording gear is expensive, therefore it’s a vastly less common working medium for most producers today, but that doesn’t mean that you can’t achieve analogue feel in other ways. In this article we’ll take a look at some techniques that can help you to bring colour and warmth to digital sounds, as well as reviewing some of the plugin solutions available on the market. 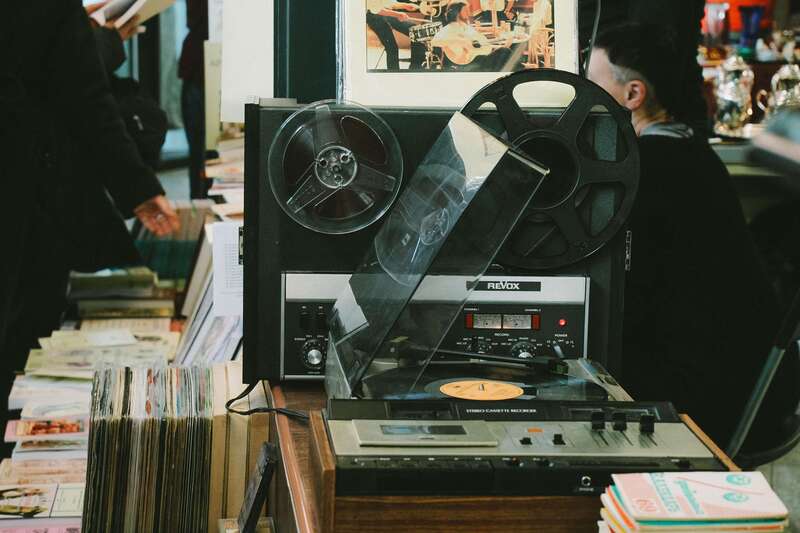 Getting an analogue sound

There are a few different elements that contribute to an old school analogue sound. Used independently or in combination, these effects will create some of the rich quality and imperfections of analogue circuitry in your sound, so let’s take a quick look at exactly what they are.

Saturation is the process of adding harmonic frequencies to a sound through distortion. Engineers discovered saturation by overloading analogue recording equipment, which creates a pleasing type of soft-clipping, as opposed to the harsh distortion you would get from overdriving digital gear. 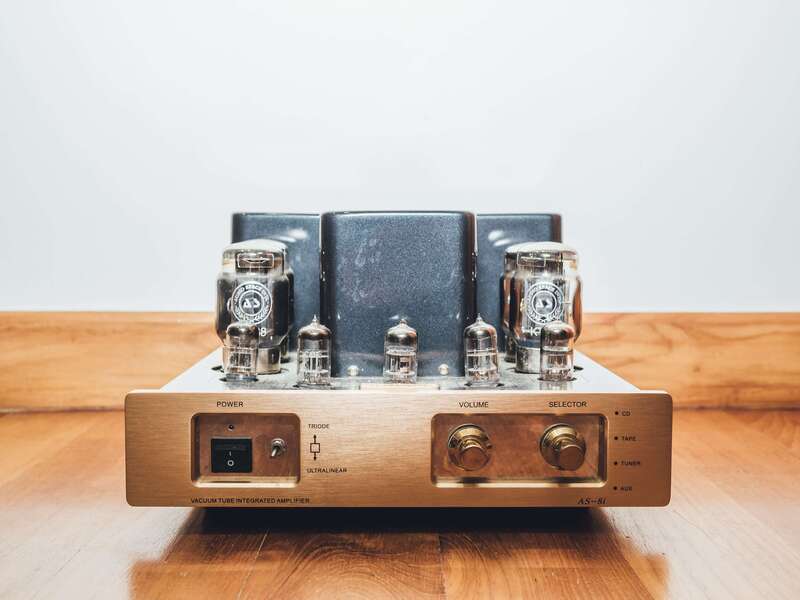 In recordings using tape recorders, there are often inconsistencies in the sound due to imperfect equipment mechanics. These irregularities cause fluctuations in the tape speed, which lead to variations in pitch, known as “flutter” or “wow”. Think of these like vibrato effects, with wow referring to slowly modulating pitch variations and flutter referring to quicker rates. Pitch modulation is particularly noticeable on the sustained tones that you will get from keys, strings and vocals.

In modern music, artists like Mac DeMarco who favour a vintage sound have returned to using tape recording devices with built in pitch control to bend entire songs into totally different realms. Tape instability can be emulated digitally though with most of the reel-to-reel tape emulator plugins out there, which will come with warble and pitch drifting controls in some form.

One of the more subtle differences between analogue and digital recordings is an altered frequency response, most notably a slight loss of high end. One reason for this is the inevitable degradation of tape that occurs through use. The reason for this loss of high end is mainly that high frequencies are recorded on the upper part of the magnetic coating on the tape reel, and this part is affected first as the recorded signal wears away. Again, this kind of imperfection is all part of the charm of analogue, and is something you just don’t get naturally with digital recording devices. 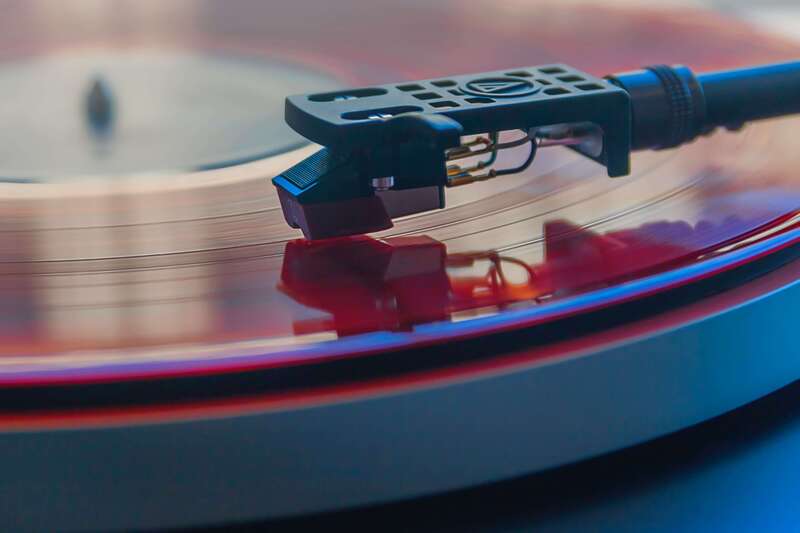 More obvious ingredients of analogue recordings were textural, like tape hiss and vinyl crackle. Tape hiss is the high frequency noise present on analogue magnetic tape recordings caused by the electronic circuitry and the magnetic elements of the machinery. Even blank, unrecorded tape creates a hiss if you play it, and engineers used to labour to remove it from their recordings.

Vinyl crackle, on the other hand, comes from blemishes accrued from the pressing process, accumulated damage to the record itself, or the dust that attracts to the needle as the record player turns. These types of artefacts are commonly added to digital recordings nowadays to add a quick dusting of analogue vibes.

In a digital environment, you have access to all of the tools mentioned above, in some form of another. It shouldn't be too difficult then, to conjure up some of that magic analogue feel – provided you know what you’re doing. The trick is not to be too heavy handed with your effects, and be judicious about what goes where. 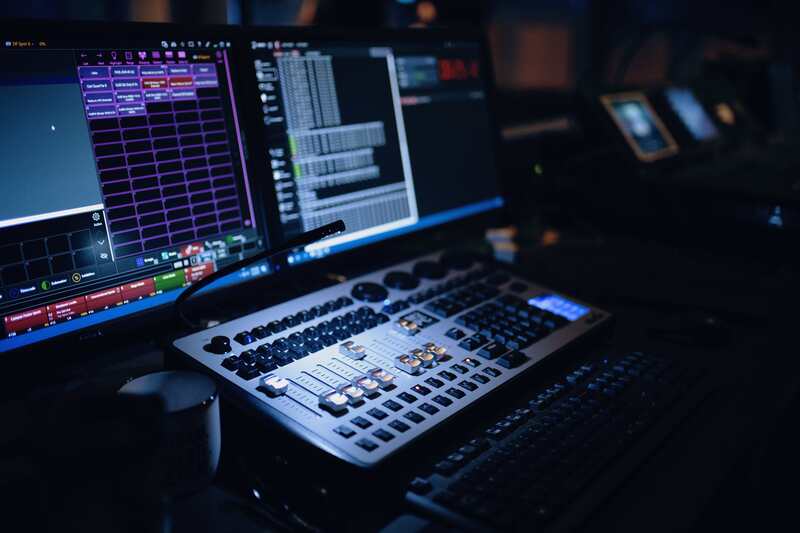 In modern production it is probably more common to use these effects on individual tracks to give certain elements the attractive qualities of analogue sound. For example, you might use subtle saturation on an instrument track that was recorded via digital means, in order to break up the signal a bit and give it some warmth. Or, you could add a tape simulation plugin onto a distorted guitar with too much fizz, to smooth out the abrasive high frequency content.

For a more obvious overall vintage vibe, there is also the option of applying effect chains or plugins straight onto the master track to simulate reproduction from an analogue source. An obvious example of this would be to add a tape hiss to the master, and tuck it into the background of the mix. The same could be done with a vinyl crackle.

Giving digital sounds an analogue feel using techniques like saturation and pitch modulation is something that anyone can do using the native effects in your DAW, but there are also plenty of plugins on the market today that will do it for you. We’ve done the leg work and rounded up some of the best ones: 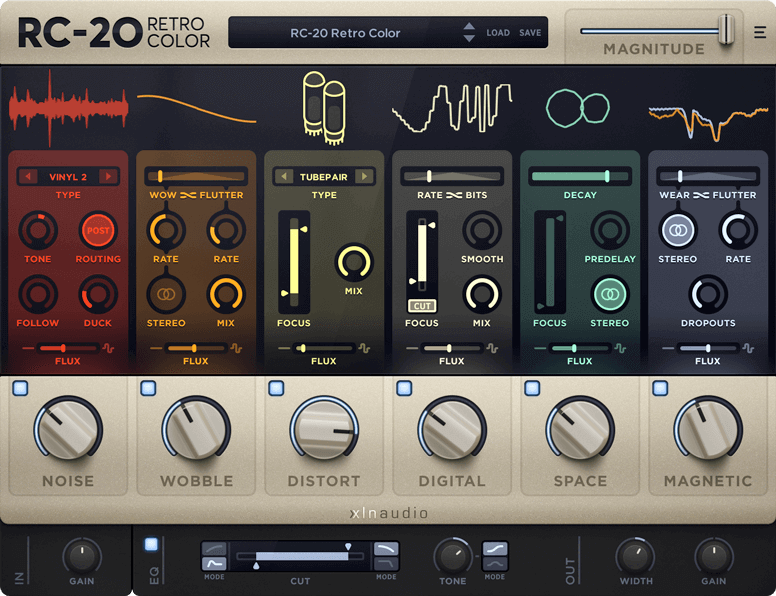 RC-20 Retro Colour is the top dog for making stuff sound analogue, and is hugely popular among producers today. The versatile plugin can emulate vinyl, tape, VHS, and plenty more besides. It’s tape drop out capability is unrivalled, it sounds super realistic, and although some other plugins have similar features now, RC-20 is still the best in the game. 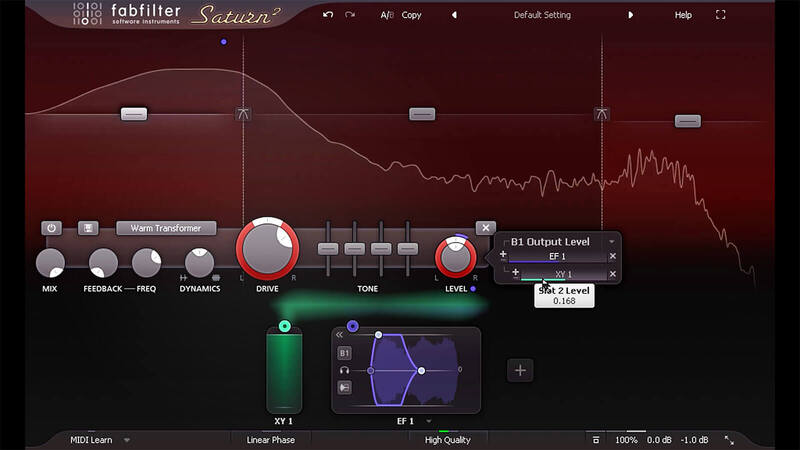 FabFilter Saturn 2 is a multiband distortion, saturation and amp modeling plug-in, with lots of modulation options. You get a range of vintage distortion options, along with some creative FX distortion styles to turn your sound upside down, so there’s plenty to experiment with here. However, it should be used with a light touch if you’re just after an analogue feel rather than full-on distortion. 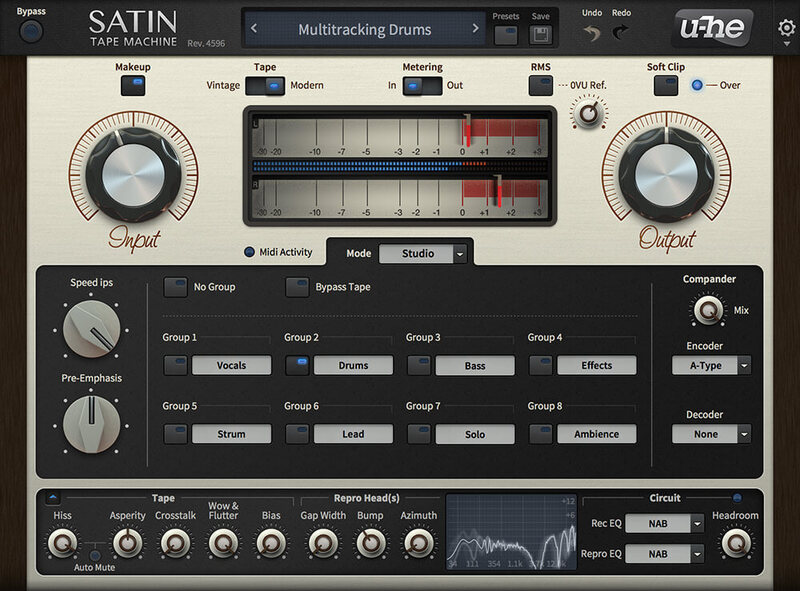 u-he put out a range of different effects, but one could argue their main strength is adding an analogue sheen to audio. Satin imprints your audio with some of the familiar tape characteristics that we’ve mentioned already, which means you’ll be able to achieve subtle warming, smooth compression or characterful fuzz. There are also a wealth of presets that will suit beginners, though the results can be subtle. 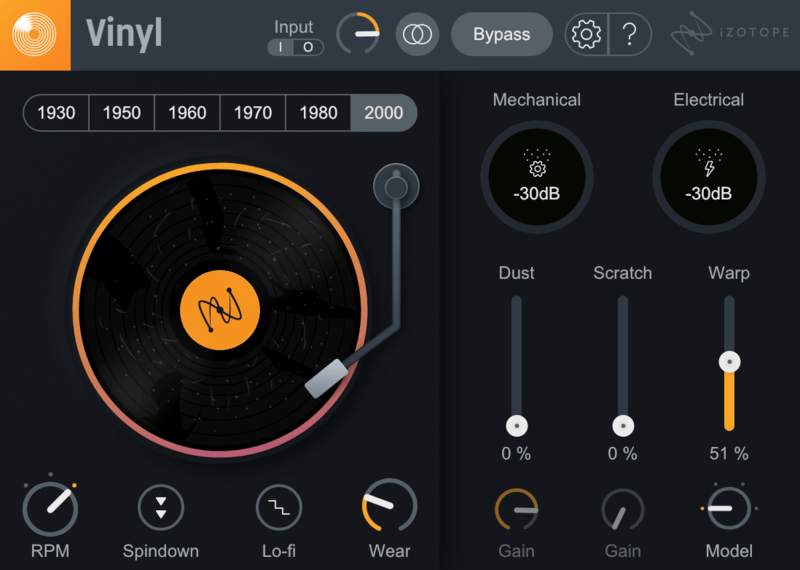 For instant analogue goodness check out Vinyl, which simulates the dust, scratches, warp, and mechanical noise of wax. This plugin is great for thinning out audio and getting a vintage feel, and is very easy to use. Their Lo-fi effect allows you to apply a saturated, worn timbre to any sound with just one click of a button. 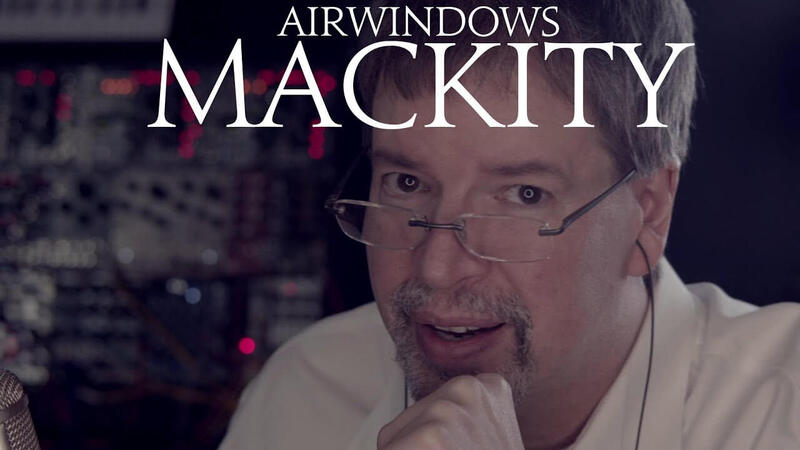 A fantastic and very simple freebie that gives you analogue desk-style distortion with just a couple of knobs. This plugin is an essential for harder-edge analogue feels. 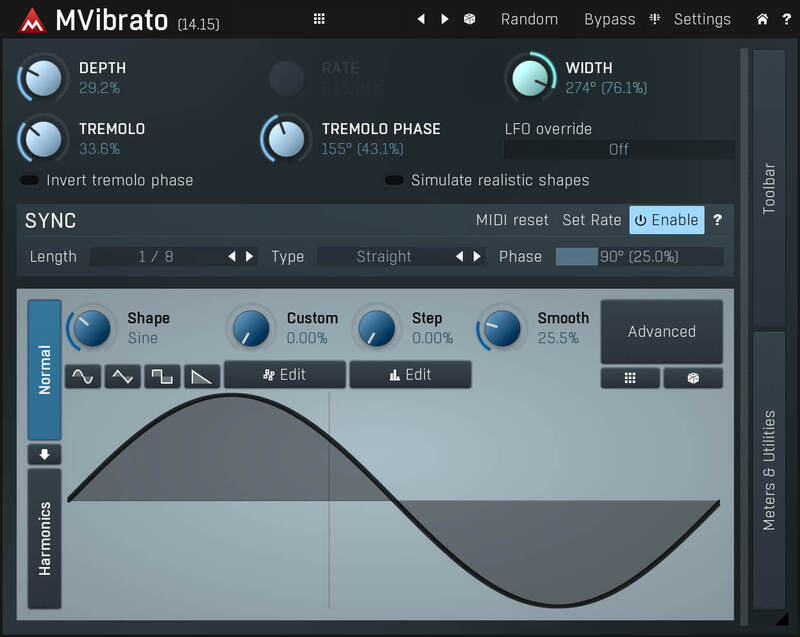 If you’re looking to create some of the woozy pitch modulation that you get from vintage tape recorders, Melda Productions’ MVibrato is a safe bet. This dedicated pitch modulation plugin is ideal for creating vinyl or tape wow effects, and is part of their free audio effects collection MFreeFXBundle.