FeaturesPlugin SuitePlansTutorialsBlogSounds
Lewie Allen: “As a guitar player, fragments of things you love become your sound”
7 Sep '2021
The renowned guitar player and producer talks about the inspiration behind his Emo Trap Guitars & Vocal Chops samplepack

Lewis “Lewie” Allen is a live/studio guitarist, producer, songwriter and mix engineer from the UK. He’s either produced or played guitar with Sam Smith, Jessie J, Liam Payne, Zayne Malik and Mabel, among many other reputable names, over a 17 year career in the music industry. Clearly not afraid of a hard day’s work, it’s hard to imagine Lewie ever being stuck for musical ideas...

“You do get stuck in a rut as a musician sometimes! It’s like language; you use the same words over and over, but if you had a sentence generator that could generate an interesting turn of phrase, you’d be using it all the time, wouldn’t you? I would anyway!”

Lewie’s latest musical turn of phrase is his debut sample pack with Loopmasters, Emo Trap Guitars & Vocal Chops, where you’ll find all the guitar chops that he has built his name on, as well as some hard-hitting beats and pop vocals. Containing 225 individual loops, 70 full loops, and 50 one-shots all recorded using the best mics, preamps and guitar amplifiers, Emo Trap Guitars & Vocal Chops lets you load world-class musicianship straight into your DAW. We caught up with Lewie to find out more about the project.

You’ve been a session guitarist since 2002; how has the job changed during that time?

I was around 19 or 20 when I started, and at that age, I was a bit naive – I didn’t really know what a session musician was! I didn’t realize it could actually be a job and a genuine source of income, because music was just something I liked doing that allowed me to play gigs. At that age you don’t have to pay a mortgage, so the whole financial thing wasn’t really something I thought about. But in my mid twenties I started playing with established artists and that’s when it became apparent to me I was on a career path with it. Not that I didn’t take it seriously before, but I started giving more consideration to things like networking.

Social media has changed things massively. There's a guy called Sam Rider that I play for now who came through singing covers on Tik Tok, and one day Justin Bieber reposted one of his videos. Then Sia jumped on it too and before you know it Sam woke up one morning and he had got a million followers overnight. He said he had to put the phone down and go back to bed just to process what was happening! From there it snowballed, he has seven and a half million followers now and is an international priority for Warner. The last artist to be an international priority for them was Dua Lipa, so you can see how highly he’s thought of. 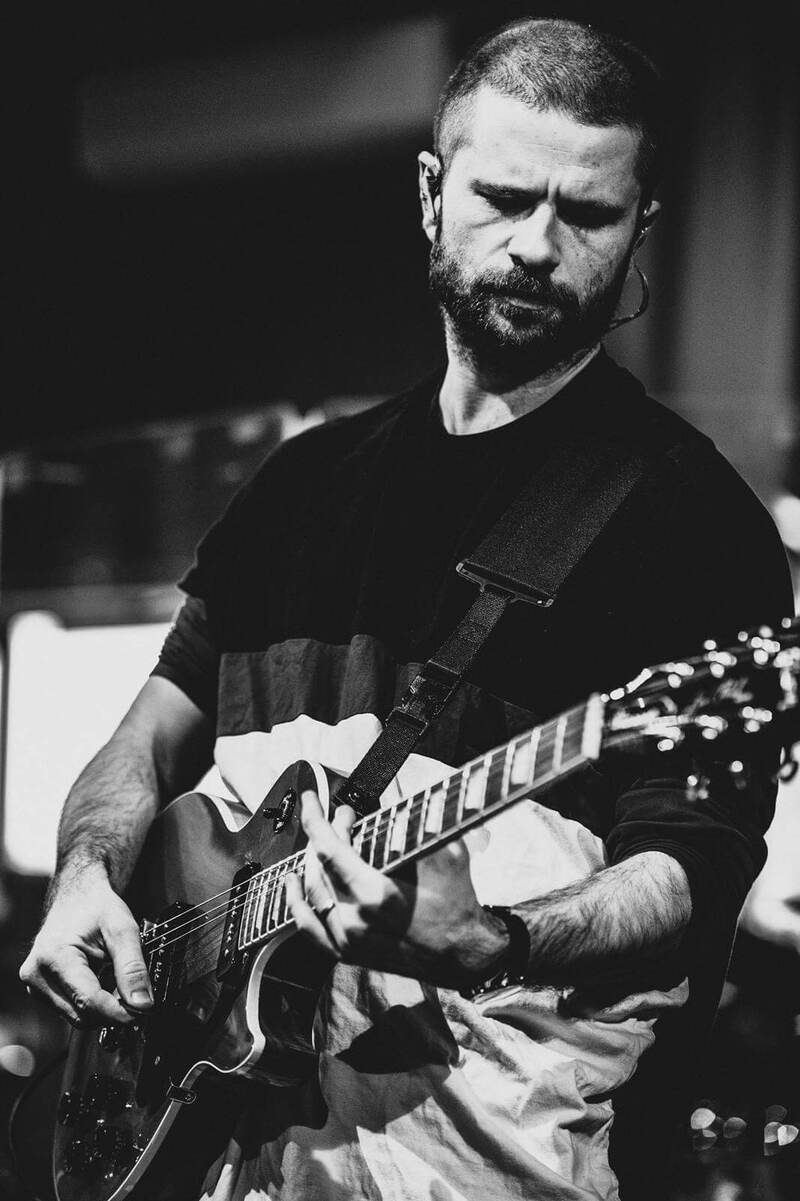 Probably half of the people I end up playing for nowadays have come from the social media route, and you find yourself doing different things because of that. For example I’ve got something planned with Zara Larson next month that’s just for Tik Tok; you turn up and instead of there being all these really big cameras, people are just filming on phones. It hasn’t necessarily changed the way I go about playing guitar, but it’s completely changed the industry, and labels and music management companies are still trying to catch up. Gone are the days of putting on showcases and gigs where you’re expecting labels and people to come along and possibly sign the artists, now most of that is carried out on social media.

What sparked your interest in recording a sample pack? Have you always dabbled in the world of production, or has working with producers over the course of your career made you want to explore different creative avenues?

I started messing around recording guitar pretty early on, and what came with that was the whole production aspect of putting songs together and making beats. It was always secondary to guitar until probably around ten years ago, when I started working with the artists that I was playing with. Jessie J and I would kind of produce on the road when we were away so I started getting a bit more work in the writing and production side of things. Then I ended up working in the studio with Zayn Malik and Mabel, which started with the guitar side of things and then went from there.

The sample pack came from having tons of ideas that would never end up on a track, so I’d have all these cool snippets that would just sit on my hard drive. So for me it was about trying to put those ideas to use. What I’ve done with the sample pack is try to make song starter loops that inspire creative ideas in people, even if it’s just a few guitar chords or a cool snare sound. I’d had the idea to do a pack in my head for so long but didn’t really know how to go about actually making it happen, so once Loopmasters were interested in working with me it gave me the impetus to do it. 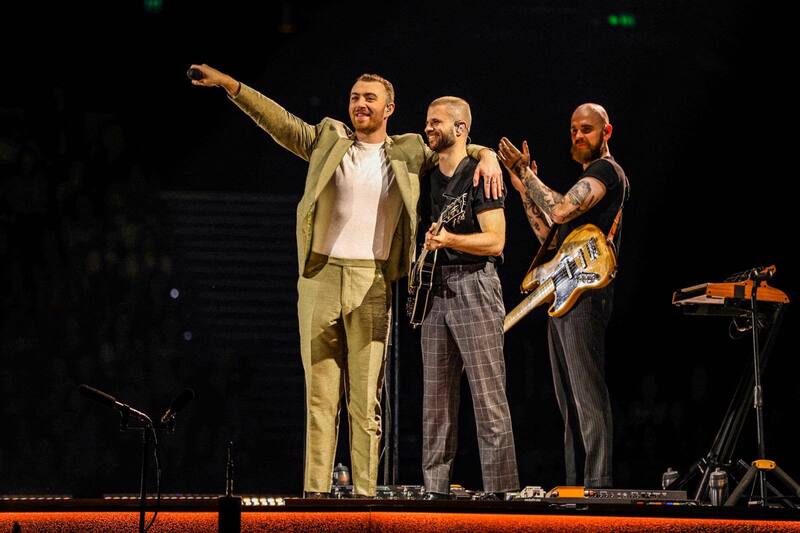 "It’s me speaking from my soul, it’s what I would want to listen to if I stuck the radio on."

What made you choose the Emo Trap direction for the sample pack?

I’m kind of a typical session guitar guy where I’ll try and turn my hand to anything. People will often tell you that you’ve got to have your own sound, but it’s really about absorbing fragments of things that you love on guitar that make up your sound. With my production style, I guess I’ve got a pop side, with hard beats, but it’ll always have an R&B element to it as well. I’d say the Emo Trap thing was probably just a combination of what I would want my guitarist to play if I was an artist, and how I would want my beats to sound. It’s me speaking from my soul, it’s what I would want to listen to if I stuck the radio on, and it just so happens to be quite a current sound as well.

What were the main components of your recording process to get the guitar sound in the pack?

Most of the guitar sounds were recorded through real amps with mics in front of them, and I’m kind of a purist in that I’ll try and get the best possible guitar sounds – I’ll tweak knobs until the cows come home. VST amps are amazing, and I do use them a lot for the YouTube stuff that I do, but there’s a certain depth that you only get from the real thing. A lot of the guitar sounds on that pack are from a Fender Deluxe Reverb, which would have been miked with an SE Electronics RNT valve mic and a couple of Neumann U87’s to get that real direct sound. It’s the most amazing clean sound, and that goes into a stereo Neve 1073 preamp so everything sounds really nice coming into the laptop.

How did you put the drum sounds in the pack together?

I tried to record as much of the drums as possible. I’ve got a few snare drums that I’ve collected over the years and I tuned them right up, and added a fair bit of processing to the hits. A lot of the snares were me whacking a bit of wood on the wall of my studio with a mic right next to it, and then I’d take that into Battery, fiddle with the transient and then maybe layer that with a real snare sound. 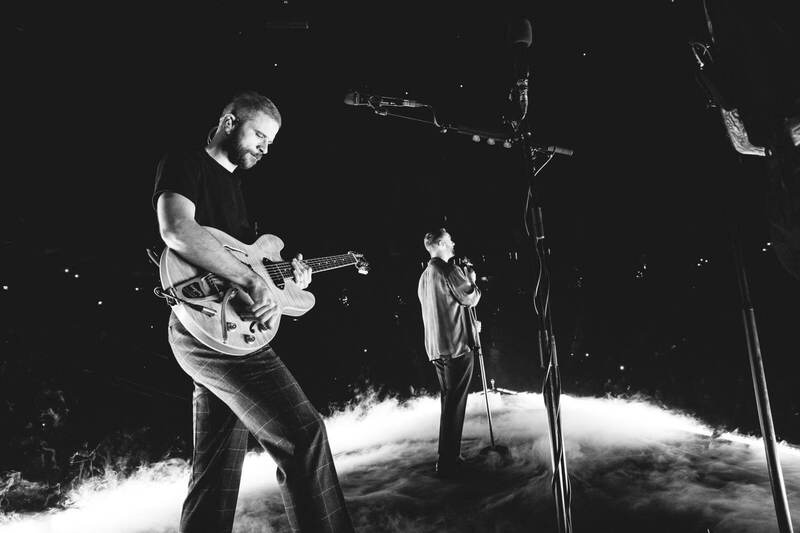 One thing I hate is when I’m listening to a track and I hear a snare or a kick drum that I’ve heard on another track. Or if I’ve used something in a track of mine that I hear somewhere else it annoys me, so I tried to keep as much originality as I could in the pack. I’ve got a few old vintage drum machines that I used, and a couple of real kick drums in my live room that I miked up and edited to make them sound like massive 808s.

When you were making the pack, did you employ any secret studio tips or wildcard bits of gear that came in handy?

Here’s a good little tip that I used on the guitar, synths and vocal chops. Basically, I used a high and low pass filter to take the bottom and top off the sound, added distortion, and Waves’ OneKnob filter which has a notch that you can move around to accentuate the frequency that it cuts off at. Then I added reverb, and this really cool plugin by Nicky Romero called Kickstart, which is basically an instant sidechain effect without having to do all the compressor routing. You get this mad pumping effect with the reverb, and it gives you that pop drop vibe. That’s a go-to for me, if I’ve got a big synth part in a drop after a chorus I’ll put that on and it just sounds super cool.

Another thing I’ll do when I’m creating vocal chops is to stick all of my chopped vocals into Battery and just spam it; put loads of options around the track and then listen back to see if there’s a little phrase that jumps out. One thing I’ve realised over the years is that a lot of my mistakes tend to end up being the magic in the tracks – they stand out because they’re something that I wouldn’t normally do! 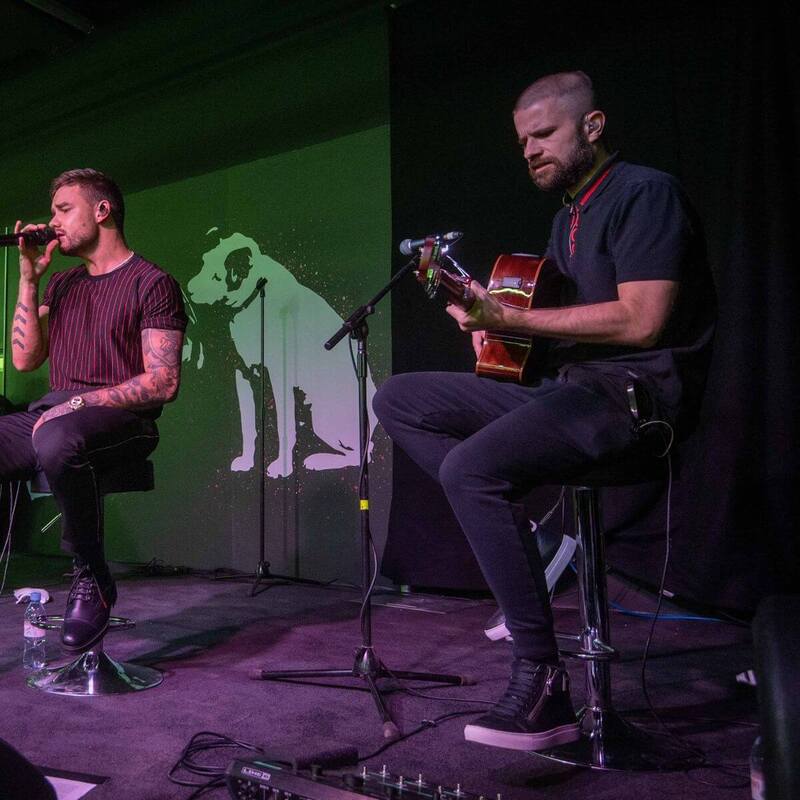 How do you envisage the pack being used by producers?

I tried to layout the pack in such a way that if you put all the loops into your DAW they’ll sync together into something like a full song. At the same time, if you want individual segments like a hi-hat loop, you can take them out of the pack, chop them up, stick them into a sampler and use them that way. So I tried to make it as modular as possible because from my experience working with loads of different producers they all work differently. Some of them pull in a loop and chop up individual aspects of it, other people will try and find the right loop straight away, so I wanted to cater for all types of producers as much as I could.

I didn’t go mental with the FX, there’s still tonnes of room for people to add their own signatures, but I added some stutter effects here and there. As a guitarist I often find that when I sit down to write I end up regurgitating the same things that I normally do, so I found the process of chopping up and reversing the guitar parts very rewarding creatively, I loved making the one-shots in the pack. For the vocal chops as well it was similar, I used a few singers that are friends of mine and chopped up the samples, or it’s me singing something that’s pitch-shifted. It’s amazing what you can do with some distortion and a lowpass filter on the vocals!