With over fifteen years in the music industry, and a resumé that includes stars like Nipsey Hussle, Ice Cube and many other RIAA Gold & Platinum certified artists, South Carolina’s own Djay Cas is a stellar example of someone who turned a lifelong passion into a profession.

“I can’t remember a time when I didn’t think about music; ever since I was young I have always been involved with it. There’s a video of my fourth or fifth birthday and my parents are asking me what I want as a present, and I tell them: “I want drums!” So it was pretty much my first love.”

Since then he has worked with major labels, independent artists and everything in between, and built up a reputation as someone who always comes up with the goods, especially when it comes to drum production. Thankfully for us he’s brought those goods with him to Loopcloud DRUM, in the form of a kit that’s infused with all the rhythmic sensibilities that have served him so well in his career to date. In this interview we dive a little deeper into the story behind the sounds, and the path that led Cas, aka Anthony Johnson, to where he is today.

Witness Djay Cas on a visit to the legendary Patchwerk Studios in Atlanta, as he demonstrates Loopcloud DRUM's intuitive features.

Did you always plan to be a music producer? What were your early dreams and ambitions?

As a teenager I started out with DJing, like a lot of producers do. DJing is all about understanding the music, the BPMs, the blending of sounds, and then getting reactions. Eventually I started to think about moving from mixing other people’s music to creating something of my own to mix with.

I wanted to explore sounds, to get the bass to sound a certain way, or try something different with the drums. From then on it just became about the “how” – how are the people that I am listening to on the radio doing what they’re doing, and how do I do it too? I started studying up on drum samples, studio equipment, mixing techniques, and so on. 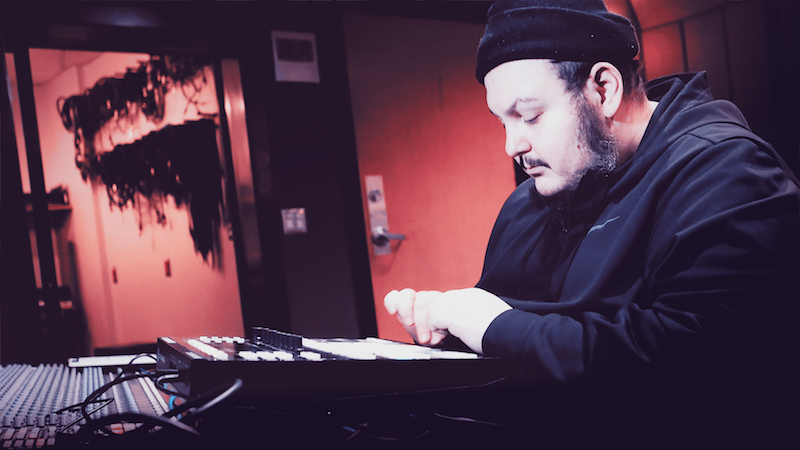 How did you make the transition from taking a personal interest in music production to actually working with artists in the music industry?

I grew up in Charleston, South Carolina, and I got to know some of the local artists just by being out and about. Mixtapes were popular then, it seemed like everywhere you went someone had a CD to sell you. So it made sense to collaborate; “OK, you rap, I make beats – let’s work together”. Once you start reaching out to artists you begin building a network, and then you get a bit more comfortable with the idea of yourself as a producer.

My first experience with record labels was with Ice Cube. A friend of mine, Milli Monotone, was working on an interview with Ice Cube’s DJ, DJ Crazy Toones, and he found out that he was interested in hearing beats from new producers. I got his email and sent some stuff through and...nothing happened. I don’t even think he heard them! Ice Cube’s album, Laugh Now, Cry Later came out after a while and obviously I wasn’t on it, but I sat there listening to it and thought, “I need to be on the next one.” 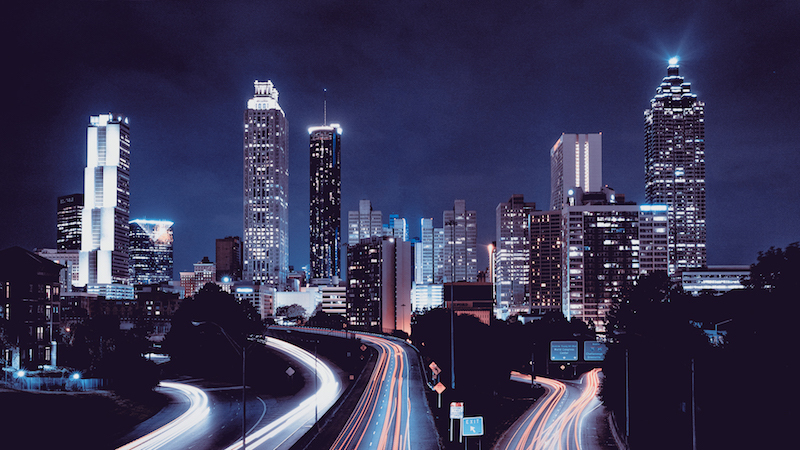 In this industry it’s not a good look to constantly message someone who hasn’t responded to you; there’s a bad connotation around it. I said to myself though that when they were working on the next album (Raw Footage) I was going to be ready. In the meantime I really focused on what I needed to do to get better. So, about a year later I sent over some new beats and DJ Crazy Toones emailed me immediately saying “Listen, the album is already finished, but you’re going to need a lawyer because we want to put you on it last minute.”

You reached out to Nipsey Hussle in a similar fashion, on Myspace, and that kickstarted your working career together. Social media is very different nowadays, do you think it’s easier to get in touch with the people you want to work with?

Firstly I want to say rest in peace Nipsey Hussle, there will never be another like him. When Myspace was new, no one knew what they were doing. If you got a message from someone, it didn’t matter who it was from, you were going to read it. With Instagram now, messages from accounts that you follow are separated into different folders to messages from accounts that you don’t follow. So a lot of the time people don’t even see you reaching out, there’s a degree of separation that wasn’t there initially.

Also, these days managers and publicists often make sure that their artists aren't actually the ones handling their social media accounts. They don’t want them going on a rant or speaking directly to fans, because they want to safeguard their public profile. At the same time though, there are still people who are connecting through these channels. You’d be surprised who’s Googling you, following you, or laughing at your tweets in private.

What can people expect from your kit with Loopcloud DRUM?

For as long as I can remember I’ve been the drums guy, and other producers come to me for their drum production because they know I can execute it to a high level. I’ve always prided myself on having hard hitting, in–your–face drums, and that’s what I’m bringing with this new kit. No matter what your skill level is, when you load up this kit, you're getting solid, industry–standard drums. All you need to do is add them to your project! I’ve seen too many occasions where people just recycle old drum samples, swap the name out and package it as a “new” collection. My kit with Loopcloud DRUM is fresh, it’s not a rehash. 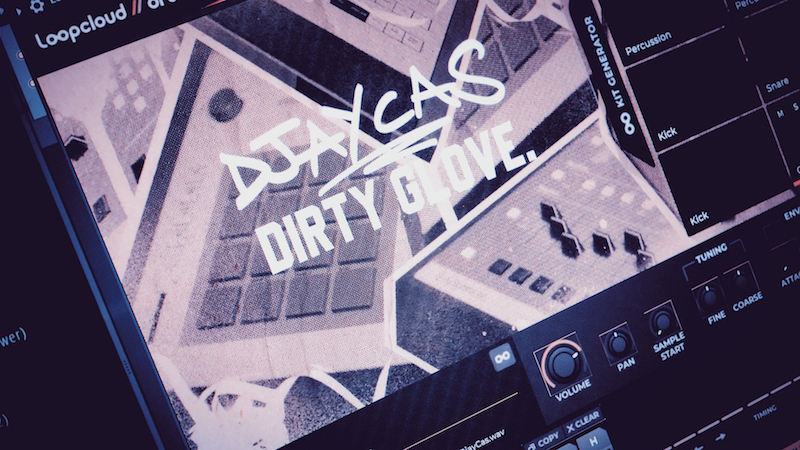 What’s the secret to good drum production, in your opinion?

Everyone has a different preference, but the main thing that matters is the passion that you put into your drums, as corny as that sounds! If you don’t give the drum track the proper attention it deserves, then it’s going to show. People will feel when a track is thumping, and they’ll feel the cookie cutter stuff too, albeit in a negative way. When you approach your drums from a formulaic standpoint it doesn’t always translate. Sure, you can come up with a mathematical thing where you put a kick here, a snare there, and a hi–hat in another place and then just rinse and repeat but in reality you should be asking yourself: “how does it feel?”

Feel is so important in a song, but it sometimes gets lost when music becomes a product. There have been times in your career, when you worked with Nipsey Hussle for example, where you were pumping out hundreds of beats in a week – do you enjoy working that way, or do you prefer to have a bit more space?

Sometimes I’m in the mood to make twenty beats in a day, and sometimes I don’t even want to go near any music! I’ve been doing this for so long now that I’ve realised you can’t force inspiration. If there’s something else going on in your life and you’re distracted, it won’t be there. Working with some artists you’ll create constantly; with others you won’t – it depends on so many things.

Sometimes you’re in a session with an artist and you play them something that you love, that really suits their style, and they don’t even pay attention. Then you connect with them six months later and they say “hey, how come you never played me this?” On other occasions you might be there for hours playing them everything you’ve got, even the weird stuff, and they listen to everything. That’s when you make some magic moments. 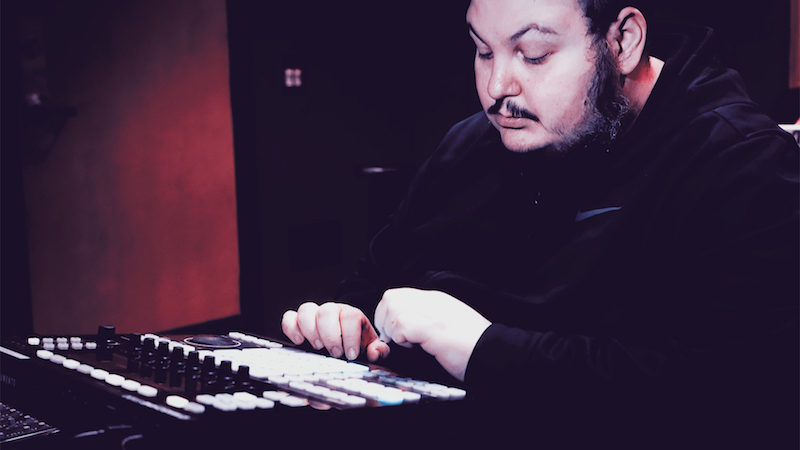 Let’s say an artist likes one of your beats, what’s the next step? Are you always involved in the full production of that track or does it often get handed over to someone else?

The discussion of “real producers” versus “beat makers” comes up a lot. There are some times when you don’t have the option to do anything other than make the beat, and others when you’re more involved, and both situations are OK! You can find world renowned, legendary music producers who make a beat and send it to an artist, and it ends up on their record with no further input from them. Are you going to go to Timbaland or Jake One in that instance and tell them that they’re beat makers and not producers? Even if all you’re doing is creating the beat, you’re still providing the entire foundation of the song.

Sometimes the artist has a vision, and they’re coming to you for a specific part of that vision, so you’d be overstepping the mark by trying to wrestle control of the entire production. It also goes the other way, where you have a great relationship with someone and they want you in on as much of the process as possible.

Over the course of the COVID-19 pandemic we saw big name producers like Kenny Beats and Timbaland take to Twitch and live stream their sessions. What do you think that kind of transparency, where you can literally see what they’re doing on their DAW, does for the industry?

I love it! When I was a teenager there were no tutorials from big name producers at all. If you did happen to find a video of someone in the studio you’d see them doing something really miniscule, like cleaning their keyboard, and jump on that as if it was the secret to breaking through; “Oh my God, that’s what I need to do!”

Nowadays you can go on Twitch and learn from people who have made music that has shaped your life. It’s mind blowing because people like Timbaland are listening to beats from unknown producers and playing them on their streams; they’re giving back to the community. To go from a time when everything was guarded and nobody wanted to give up their secrets, to now where producers actively bring you into their worlds like that is amazing. Just imagine how far young producers will go now that nothing is being kept from them. 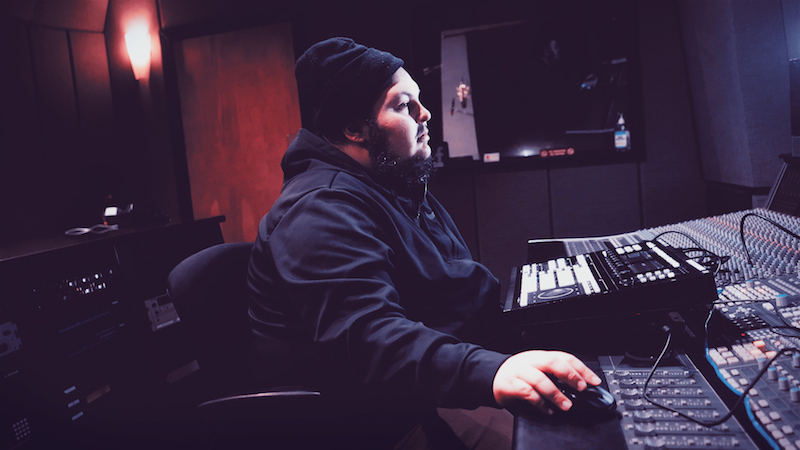 What advice would you give to aspiring producers?

I think these days the most important thing a young musician can do is not be afraid of releasing music. It’s not going to do anything for you just sitting on your hard drive. If you have beats that you have been trying to get to someone and they’re not responding, put them out anyway because you never know where your fanbase is going to grow from.

There are people right now who are blowing up by playing their music on TikTok, or adding beats to memes and getting millions of plays. Those plays will snowball into more and more opportunities, and the next thing you know you’ve landed a publishing deal. Don’t sit back and wait on some golden opportunity – release your music, and promote yourself with the tools that are available to you.