Notorious B.I.G., Jay-Z, Nas, 50 Cent, DMX – the list of iconic rappers born and raised in New York is endless, as is the number of hip hop loving kids in the city who dream of being the next one up. For producer Jason “8 Bars” Carr however, that dream was a brief one, when as a teenager he realised that he might be better to set himself different goals in music.

“The hard part for me was reaching out to people because I’m very introverted, which was one of the reasons why I wasn’t suited to being a rapper.”

Introversion brings with it a rich inner world of creativity, and Carr populated his with bass lines and drum beats, teaching himself how to produce for the artists on the other side of the glass. Carr’s production and musician credits will tell you this was a wise move, with Rick Ross, Gucci Mane, Future, Joe Budden, PNB Rock, A Boogie Wit da Hoodie, Slaughterhouse, Lupe Fiasco, and more featuring on the list. His sample pack with Loopmasters brings his soulful, NYC hip hop feel to your doorstep, with a range of quality melodic samples that will instantly elevate your productions.

United Beats is a brand-new series of global Hip Hop and Grime sample packs curated in conjunction with Djay Cas, Loopcloud and Loopmasters. Take a closer look at talented Beatmakers working hard behind the scenes on some of the biggest tracks.  We spoke to 8 Bars about his musical journey, and how he approached making The Nostalgia Tapes.

How did you get started in music?

As a little kid my parents took me to piano lessons, and I grew up going to church so I was always friends with the musicians there, and keen to learn how to make music like they did. As I got older I started figuring out what I liked, and growing up in the Bronx I didn’t really have a choice but to become a fan of hip hop! In high school I tried rapping, but I realised I was much better at making beats and arranging songs. I downloaded FL studio and started learning the ropes, and it just went from there. After about five years of producing beats I got in contact with Joe Budden and got my first real placement with an artist, in 2011.

How did you manage to get that placement?

I was always a fan of Joe’s, and when I was living down in Florida one of my friends, Dark Night, and I started our own little campaign to see if we could get a song placement with him, because we heard he was working with a lot of new producers at the time. Dark Night managed to get in contact with somebody on one of Joe’s websites who actually knew Joe, and sent some beats over.

Meanwhile, I was looking to see when Joe had a show going on. We flew from Florida to New York just to go to one of his shows to try and meet him or someone who knew him. It was a grind, we were going back and forth between shows that we couldn’t afford to go to at the time, just to try and make something happen. Luckily for us, after the third show, we went to we managed to speak to him and he remembered some of the beats we had sent over. From then on we had an open line to send him beats, and eventually, we got our first placement on Loose Quarter Mixtape. 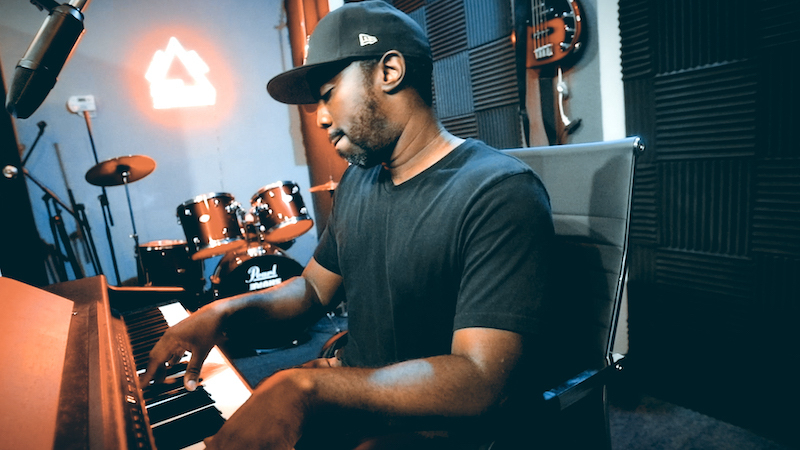 Did you find it difficult having to put yourself out there like that, and potentially having to deal with negative feedback?

The feedback part has never been an issue for me; I’ve always had this idea that if I know everything I need to know I’ll be where I want to be. As an introvert though, I naturally gravitated towards being a more behind-the-scenes person. I think a lot of producers have a similar mentality at the beginning, where they think if you just make the best beats you possibly can then that will automatically lead to placements. It’s not like that, you have to reach out, and that was the hardest part for me to work through in order to get the first couple of placements.

Your productions are really layered, they’ve got that lush, soulful hip hop vibe with a lot of sampling going on. How did you build up that style?

Stylistically, the soulful stuff is in my DNA through coming up in hip hop. Because I grew up in New York my biggest music influences as a producer were people like Just Blaze, and DJ Premier – guys that use a lot of samples. Initially though when I was listening to these songs I didn’t even realise that the sounds I was hearing were samples, I thought producers were sitting down and recording musicians for everything!

Because I knew how to play the piano, I did everything that I could to figure out how I could make my keyboard and basic production software sound as close to what I was hearing on the records as I could. Then Justice League came out and made the first couple of Maybach Musics, and I just stalked everything I could to see what kind of gear and techniques they were using. I had this idea of seeing how much I could create with what I had at my disposal. 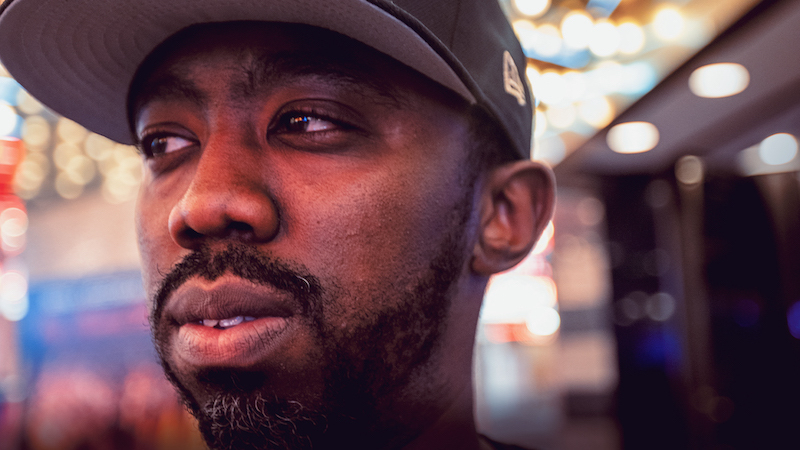 Did you enjoy working on a sample pack, where everything is deconstructed?

When I separate out parts of the music, I look at them like building blocks. That was one of the things I learned from Justice League. A lot of the beats you hear from them, when they send them to the artists, they’re not as complicated as the full production ends up being. When you send a beat to an artist you don’t want it so cluttered that they can’t hear where they’d fit in on it. When rappers record their vocals on those tracks we add more layers after. Doing the sample pack was kind of similar, everything is basically building blocks for producers to take and put them in their songs, and there’s still space for them to add more to it.

I'm really excited to share the pack; when I started working on the sounds it was hard to put them aside and not use them myself! I think all the producers out there who want to make dope hip hop beats are going to love it. I’ve worked with some major trap artists like Future and PnB Rock so I know how to make a good record with that kind of sound, but at the same time, there’s something in there for everybody.

The pack has a warm, analog feel to it. What’s your studio setup like?

I have a really minimal studio setup actually: a MIDI keyboard, an Apollo Twin audio interface, and my computer. Software-wise I’ve always been a Kontakt guy, and I use the Miroslav Philharmonik collection from IK Multimedia and the Arturia V synth collections because they replicate analog gear. I use a lot of plugins from UAD too; generally, when I’m making a song I try to stay really conscious of using analog modeling plugins, tape plugins, or VST instruments that are supposed to sound like the old school analog gear. I fake it and make people believe I have access to all that kind of gear! 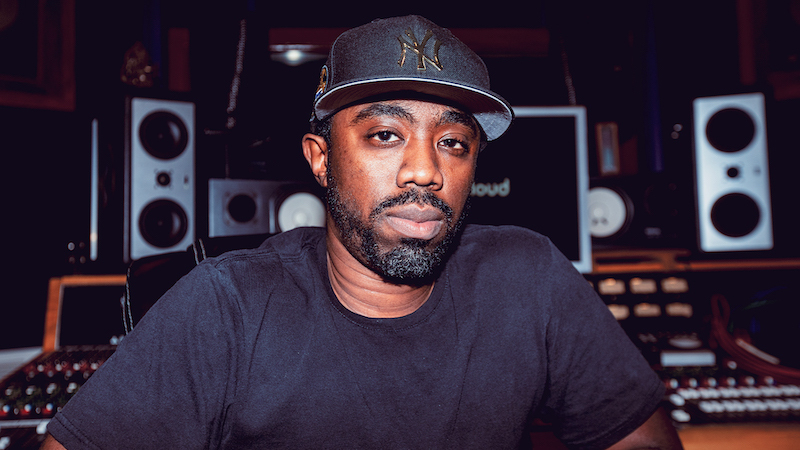 You have a pretty active social media presence, as a producer do you think that self-promotion is really important right now?

I realised if you're a producer or any kind of creative, then you have to have a social media presence. I was in a room on Clubhouse once with people I’d worked with before, but behind the scenes, so they didn’t really know who I was. I realised I'd produced for Future, PnB Rock, Rick Ross, Joe Budden, everyone in Slaughterhouse; some really important people that I should have had access to, and I didn’t. I decided to build my brand on my own because these days I don’t think you can have a thriving business without a strong brand. Most of the time, when you meet people in the music business, the first question they ask isn’t “Who are the best producers in the city?”, it’s ”What's your social media volume?”

Obviously, the last year has been hard for the music industry, what was it like for you and what do you have planned when everything reopens?

With everything shut down I had to question where my income was coming from, as the music industry was at a standstill. I decided to take the time to build my brand on social media. I know major producers who don’t have to work another day in their lives, and other producers who nobody knows that are consistently making $50,000 a month selling beats online. It’s weird because I come from a time period where if you told someone you were selling beats online they would laugh in your face! 2020 showed me that I needed to take a lot more things into my own hands and expand online. However, I’m still working with artists in the industry, and I have a song coming out with Wale and Rick Ross at some point this year.