In recent years, Brazilian-born DJ and producer Alex Stein have become one of techno’s most exciting new names. A hectic global touring schedule that saw him DJ at some of the world’s leading clubs and events built Alex a strong reputation as an international act, helped in no small part by his energy-filled sets and thumping dancefloor tunes. After recently landing his major debut ‘Rebirth’ EP on Monika Kruse’s revered Terminal M label, Alex has kept up a steady stream of releases that were met with widespread acclaim on labels like Oliver Huntemann’s Senso Sounds, Reinier Zonneveld’s Filth On Acid, and Christian Smith’s Tronic.

Born in São Paulo, Stein was whisked off to Berlin when he was a few months old, living there until he was six when he and his family returned to Brazil. A rebellious teenager who was expelled from three schools, he developed a love for music in the same way that many do, through going to local parties and rave events. As the years passed, he became more and more involved in the culture and craft of dance music and began to develop his own production skills. After starting a marketing course, Alex realised that his passion lay elsewhere, and came up with the idea to go to Amsterdam to study music at the SAE Institute. His parents weren’t delighted with the idea of their young son living and studying in the liberal environs of the Dutch capital, but Alex wasn’t to be deterred, selling everything he owned and making his own way over. 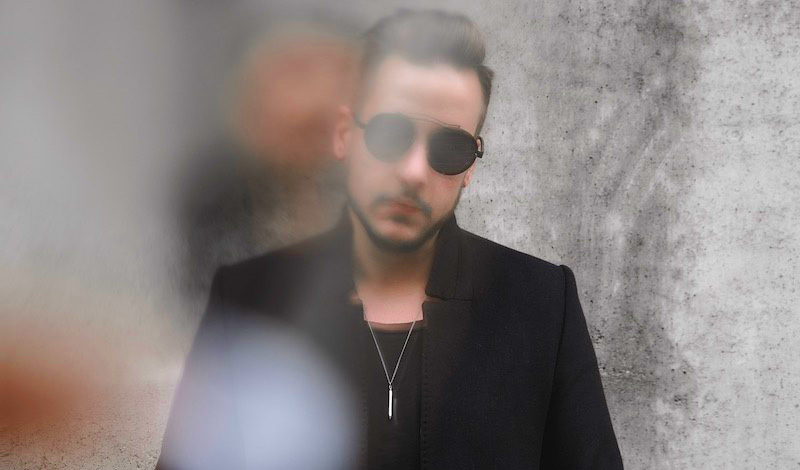 However, it wasn't Amsterdam that set Alex Stein on the musical path that he’s on today, but rather Frankfurt, the house of techno. After moving to Frankfurt to study audio engineering, Alex encountered techno and realised he wanted to build a career out of making music. Nights at the Cocoon Club and the Robert Johnson’s opened the young audio student’s eyes to a whole new world, and things have never been the same since. After graduating from his course he returned to Brazil, where he continued to collaborate and DJ alongside fellow Brazilian artists like Gui Borratto, K.A.L.I.L, and Victor Ruiz. Sao Paolo’s underground techno scene was the perfect place for the young DJ and producer to hone his skills, playing sets at the many boiling events being held in industrial venues around the city.

In 2018 Alex’s career began to take off, with the year seeing him release debut EPs on Tronic and Filth On Acid, while also signing with both Miracle MGMT in Spain and Kontrast Artists in Germany. Perhaps the biggest change though came in the form of a move to Berlin, a return to the city of his early childhood, and on arrival at the capital of techno that offered more gigs, more connections and more opportunities to immerse himself in the music lifestyle. Stein’s nomadic ascension was reaching a peak at this point, and the array of releases he’s put out since his return to Berlin as well as the support they’ve received only serves to underline how well-practiced he has become at his craft. 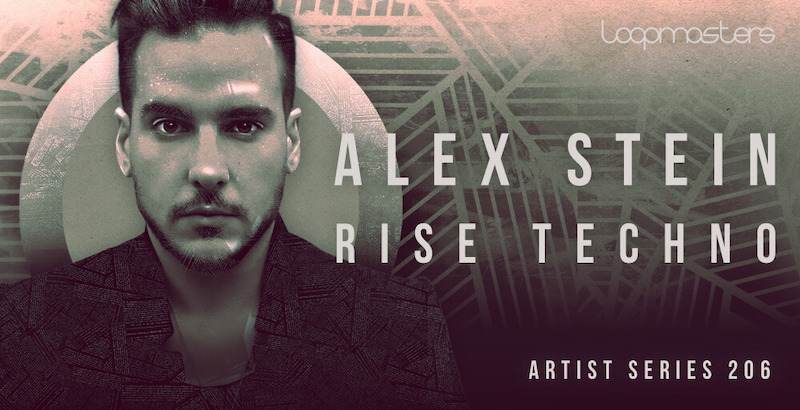 This year, the Brazilian-Bavarian wunderkind brings his unique brand of “edgy techno with an attitude” to producers around the world, in the form of his debut sample pack ‘Alex Stein - Rise Techno’. Rise Techno sees Alex display his world-beating sound palette at full force, with over 900 MB worth of sounds to keep your beats firing. Hypnotic synth work and entrancing pads keep the mood heightened, whilst deep and booming kick patterns ensure your sound stays firmly in rave territory. You’ll hear synth bass workouts that will make sure the sound system is coming correct, alongside rolled-out percussion grooves for perfectly executed rhythm sections.

To hear more from Alex, check out his interview over on Beatport, where he talks about the concept behind the pack, how it felt to rediscover old sounds in the production of the samples, drum design and shares the Loopmasters packs and Beatport tracks he’s loving right now.

Alex Stein showcases his Rise Techno sample pack in this exclusive 8-Track Attack Loopcloud session. Take a Techno masterclass from one of the Berlin’s Techno tastemakers, as he puts together a dark Techno beat in Loopcloud. Download the exclusive session file here.