Since his 2003 single "Outhouse" on James Holden's nascent Border Community, Nathan Fake has trodden his own path through the electronic music landscape. In the subsequent years, Nathan has put together comprehensive tours, remixed acts including Radiohead and Jon Hopkins, and started his own label, Cambria Instruments, in 2014. He specialises in wistful, meditative electronic sets that sound like no other, and the quality of his musical output has been remarkably consistent throughout his career to date.

In the wake of his fifth album, Blizzards, and staring down the barrel of his upcoming sixth album release, we caught up with Nathan to politely request he put his stamp on a new Loopmasters collection. Thankfully, he agreed, and Loopcloud DRUM users can now count on an exciting new kit in their armoury. 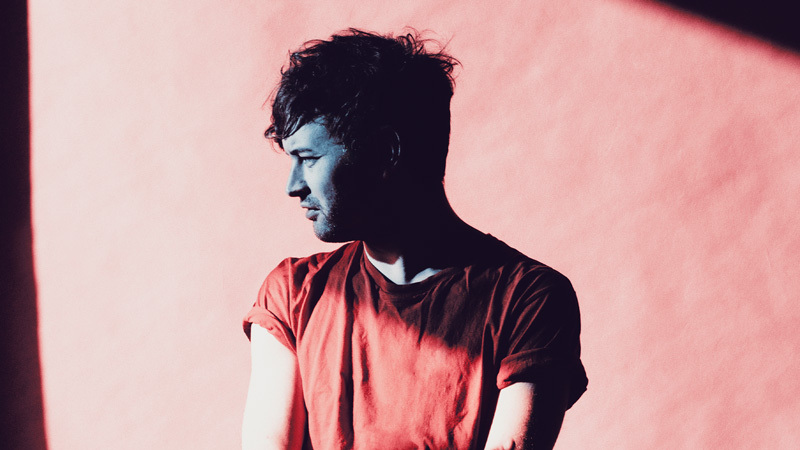 Fake's new DRUM pack is titled Blizzard Drums, as it takes the essence of the album's drum sounds and rhythms and distils them into a playable instrument that you can play with, tweak and modify to your heart's content. So how does the drum sound on the Blizzards album measure up to the rest of the artist's output?

"It's not a massive departure from my other music," says Nathan Fake, "But I still started by getting a whole new set of sounds together, and a few new bits of gear too; so for me, there's a distinction in the sound of Blizzards' drums. It's a very beat-y album – the album before didn't have much 4/4 stuff on it, but Blizzards brings me back to that."

With the ins and outs of the drum production on the album fresh in his mind, Fake was able to skim the cream off the top of the sound bank he'd built up, and harness it for the benefit of Loopcloud users. You can hear more about how Nathan processed the drums for Blizzards, his strategies for collecting sounds, and equipment preferences in his full interview over on Beatportal.

Blizzard Drums is available as a pack for Loopcloud DRUM. You can get DRUM alongside our Loopcloud software for PC/Mac, or as a plugin for use in any DAW.