With music streaming services upping their game and new players joining the fight, artists have options when deciding where to focus their distribution efforts. However, how do you choose where to sell your music in a market that favours consumer demands over the livelihood of artists?

A streaming service's user base is an influential factor for artists who want their music to reach a large audience. The big players like Spotify, Apple and Amazon provide millions of users with instant access to music uploaded to their platform. For other streaming services to compete, they need to offer different benefits to capture the attention of artists and listeners alike. In this article, we take a look at which streaming service will suit your needs. 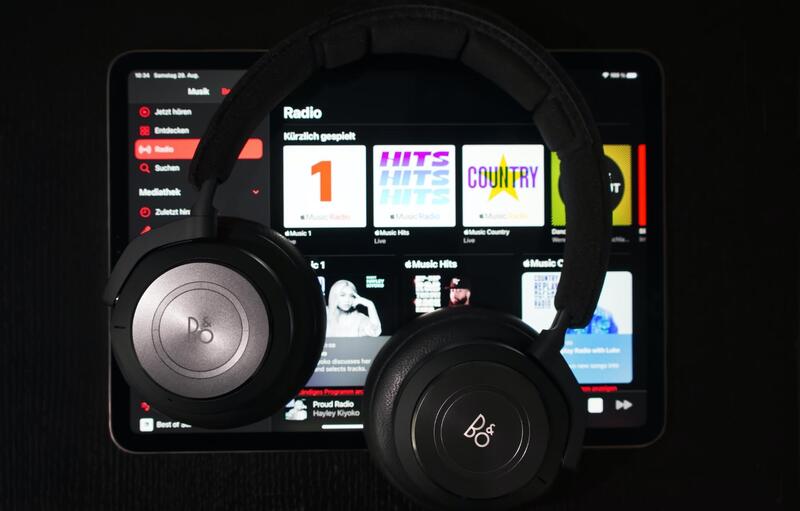 Spotify thrives on community, connectivity and shareability for both listeners and artists. The platform promotes the sharing of music with an excess of options through social media or messaging apps, plus a follow feature that encourages fans to keep up to date with their favourite artists. Followers are informed about upcoming releases and shows, and the artist is then more likely to appear in their individually tailored playlists.

Spotify playlists themselves are finely tuned by the platform’s internal algorithms, with  artist radio tools and daily personalised mixes encouraging a continuous search for new music. Users will find it easy to stumble across new music, aggregated by their tastes, and have the option to add it to their own custom playlists. All of this means that if your band releases shoegaze music for example, there’s a good chance that fans of that genre will come across it – as long as it’s good! 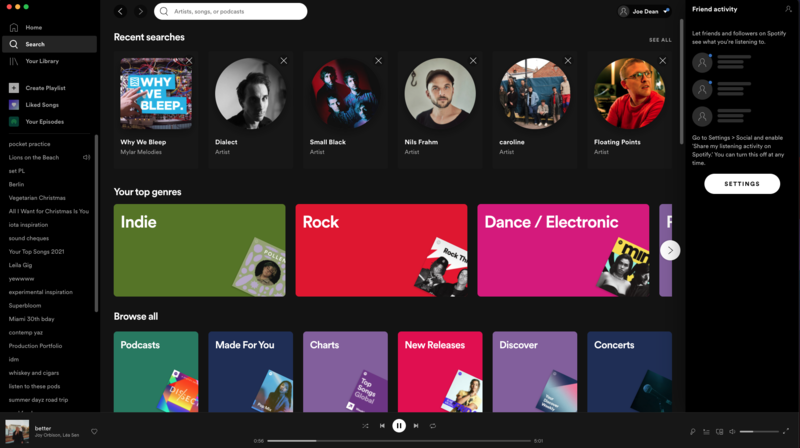 Spotify successfully brings back the nostalgia of making mixtapes or burning CDs for friends. Custom playlists can easily be shared or listened to simultaneously on multiple devices via Group sessions. Spotify really comes into its own as a platform that promotes a culture of exploration and sharing.

One of the key benefits of releasing music on Spotify is its integration with social media platforms. Trends on TikTok have changed the role of Spotify playlist curators. Individuals who have gained a mass following on TikTok by sharing their custom playlists now rival tastemakers such as labels, radio stations and playlist curators. Artists can reach hundreds of thousands of plays if they land a spot on a TikTok curator’s playlist.

Spotify’s Artists app helps musicians and labels manage their profiles. Here, you can keep track of listener information, hyperlink to merchandise, and pitch releases to editorial playlists. Other platforms have followed suit with ‘For Artists’ apps, however, none currently compare with Spotify’s feature-packed app. 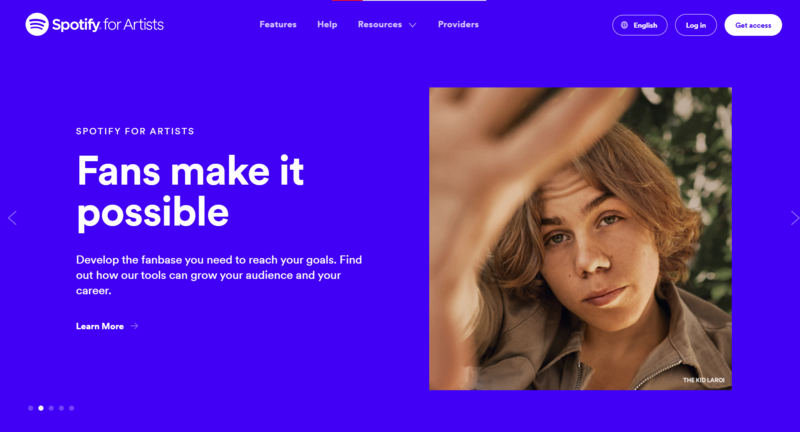 Spotify has received criticism for their audio quality of 320kbps in comparison to the HiFi, lossless audio (1411kbps) offered by their competitors. The Swedish streaming service has promised an upgraded subscription for better-quality audio, however, it was due in 2021 and still hasn’t been delivered. Consider whether you want your listeners to experience your music at the highest quality possible. If so, they will need to own an audio interface or DAC.

It’s also important to consider Spotify’s financial returns per stream are one of the lowest at $0.004 per stream. Clearly though, the platform has other benefits aside from audio quality and financial returns. As an artist, weigh up what’s important to your release. Do you want to be discovered, or does your music need to be heard in the highest quality possible?

A giant from the early days of digital music, stemming from the tried and trusted format of iTunes, Apple is still at the forefront of the industry. Their streaming service Apple Music integrates seamlessly with existing Apple consumers, hosting 24-hour live radio and location-based playlists. But how does it stack up for artists?

While Apple Music is home to a large user base, the connectivity and shareability of the streaming service can be seen as a downfall, especially for non-Apple users. Currently, you can copy and paste URL links of tracks and playlists to share them to others, but the receiver can only access the music if they are also an Apple Music customer. This is a drawback if you’re looking to maximise the spread of your music.

Hosting audience tracking features like Spotify, Apple have you covered with their Artists app. Unfortunately, the platform isn’t as diverse as Spotify and excludes direct links to merchandise sales on artist pages and customisable canvas artwork. 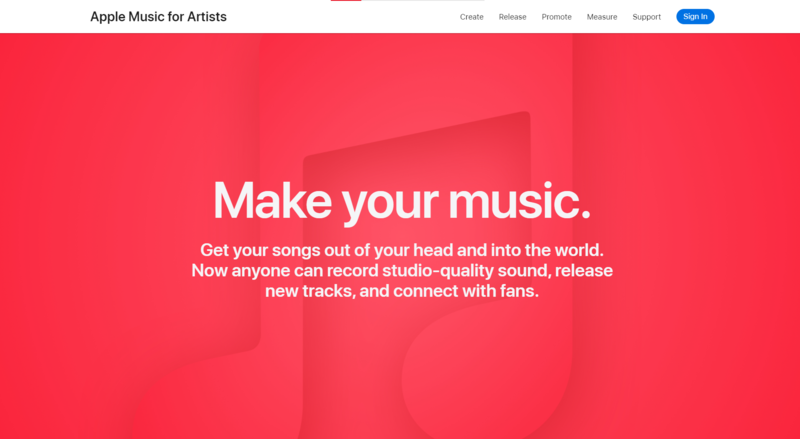 Unlike Spotify however, Apple Music excels in the realm of audio quality. Their lossless audio lets the listener experience your music in the highest quality, as it was intended to be heard – providing they have the gear to handle it! High-quality audio is exciting for artists who want to utilise the latest surround sound technology like Dolby Atmos. Apple boasts spatial audio for the AirPods Pro and AirPods Max, the most cost-effective way for consumers to experience surround sound audio at the moment.

Apple pays a respectable $0.01 per stream, which is more than other platforms. On average, Apple Music pays 2.63 times more than Spotify per stream. All in all though, artists are still being held to ransom somewhat, as business tycoons and major labels now own large shares of Spotify and Apple Music. What alternatives do artists have?

When Jay-Z bought the obscure Norwegian streaming service in 2015, he rebranded it as an ‘artist owned’ streaming service that pushed back against other big-business streaming ventures. Tidal has encouraged change in a stagnant industry that many consider unfair for the creators.

Through Tidal’s two royalty initiatives, the platform empowers fans to choose which artists receive a percentage of their subscription fee. The ‘Direct to Artists’ royalty scheme gives a percentage of Tidal’s premium subscribers’ membership directly to their most-listened-to artist. At the end of each month, the listeners receive notifications telling them which artist received their subscription fees. 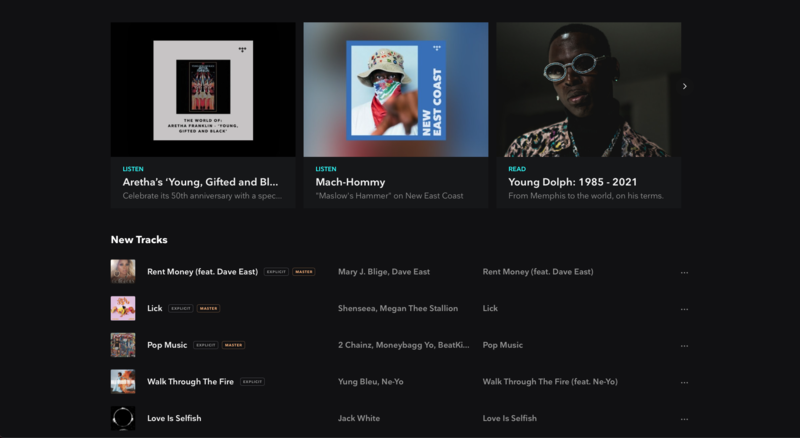 Set to arrive in 2022, ‘Fan-centred’ is a new model that delivers royalties directly from the Tidal HiFi Plus customer to who they listened to that month. This model means that fans play a larger role in supporting their favourite artists.

Tidal lacks an artist’s app and doesn’t allow profile control or listener statistics like Spotify or Apple. Artists have to access and edit their profiles by communicating with their external distributor. Because of this, Tidal may struggle to gain the support of unsigned artists who want complete control over their brand image and streaming homepage profile.

In terms of audio quality, Tidal describes itself as "the first global music streaming service with high fidelity sound and hi-def video." The service now offers Master Quality Authenticated technology, which is a way of compressing digital music without limitations to deliver guaranteed master-quality sound. This allows subscribers to hear music just as it was recorded in the studio.

The worldwide dominance of music streaming has seen more heavyweights join the market. Video platform giant YouTube launched a separate YouTube Music subscription service alongside its YouTube Premium feature in 2018, while Amazon joined the game effortlessly and integrated music alongside its delivery and television services with Prime Music. 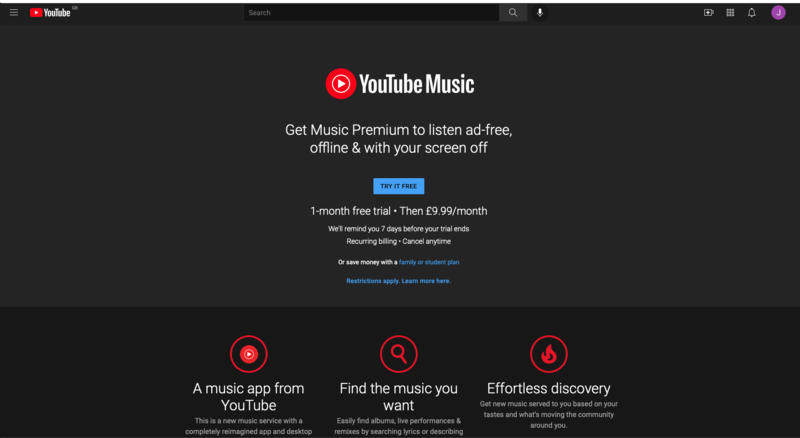 As much as Amazon and YouTube's features match up to Spotify and Apple, there’s not much evidence to suggest they’re offering anything new to artists. Exploiting their already massive userbase to take up valuable market space, Amazon and YouTube’s streaming services do little more than reinforce a business model that strong-arms the music creator.

For musicians looking for better options to release their music, Amazon and YouTube both pay less than Spotify per stream, the latter paying way below the odds at $0.0006 per stream. Although they provide a level of healthy competition to push the likes of Spotify and Apple, the two companies seem to have made audience reach harder for artists and other streaming platforms lower down the food chain.

As well as the main players in the streaming service game, artists should consider the alternative options available to them outside of overpopulated and underpaying business models. Put a price on your art and regain control over how audiences discover and hear your music! Here are some alternatives we recommend:

Founded in 2004 as the principal source of music for DJs, Beatport today is the worldwide home of electronic music for DJs, producers and their fans. With a global footprint of over 36 million unique users, 456 thousand DJ customers and 11 million curated tracks supplied from 75 thousand label partnerships, the platform is a bustling community for both creators and fans. If you produce electronic music, you need to make sure that your tracks are distributed on Beatport! 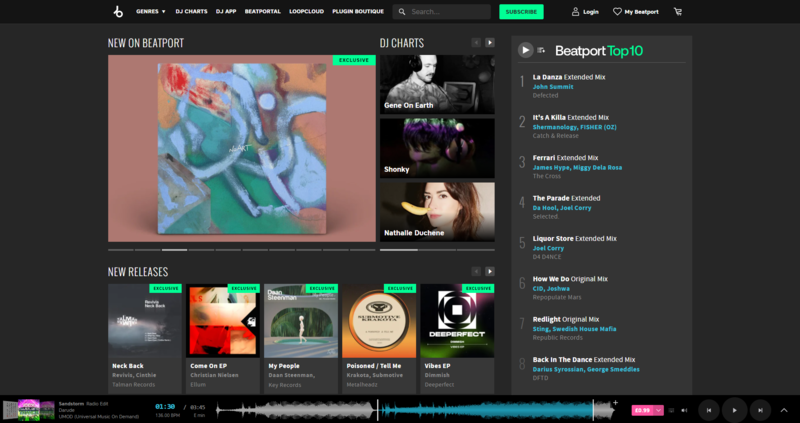 The Beatport Store offers music in premium digital formats and provides unique music discovery tools created for and by DJs. Each week, Beatport's music collection is refreshed with hundreds of exclusive tracks by the world's top electronic music artists, as well as fresh playlists appearing regularly in the form of DJ Charts. Your tracks can also end up on editorial curations like 'Best New Tracks', 'Staff Picks', 'Beatport Next' and 'Amplify Diversity', placing your music right under the noses of a huge, receptive audience.

The main purchasing option on Beatport is buying tracks individually, which as an artist will net you much more than the micro amounts generated from streaming revenues. Like other services such as Spotify though, Beatport also have a multi-tiered subscription model that essentially allows DJs the ability to "audition" full-length tracks in their DJ apps at lower bit rates, which in turn generates streaming revenue for artists. These two revenue sources mean that you can be well rewarded for your tracks on Beatport, while also benefiting from the strong communal aspect of both DJ culture, and the site itself.

Bandcamp should be on the radar of anyone releasing music today. The homepage promotes exploration through its by-the-second feed of platform sales. The feed promotes the value of music by displaying the price that music sells for – great for visualising hype or discovering hidden gems. Landing an editorial spot on Bandcamp's homepage that recommends exciting new releases and live streams can prove a lucrative place to showcase your music. 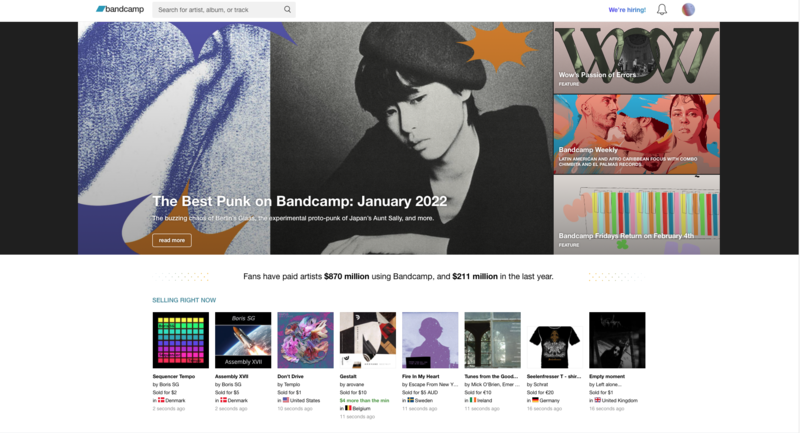 Bandcamp is also the best platform for promoting the value of music. On the first Friday of every month, 93% of customers' money goes directly to the artist. It’s 82% any other day of the month – not bad! The site allows you to decide how much your material, merchandise and physical copies of your music are worth. Take control of your brand by customising the aesthetic and pinning your favourite reactions and reviews to display next to your tracks.

Maybe it’s also time to reconsider SoundCloud. After seemingly falling off the radar in recent years, the platform is famous for being a home for grassroots artists. Soundcloud made big announcements towards the end of last year that pricked up the ears of many, revealing collaborations that put the platform back on the map as a streaming service that offers new artist development plans and playlists opportunities. The service tracks artist fanbase and provides detailed statistics on plays, downloads and audience feedback. 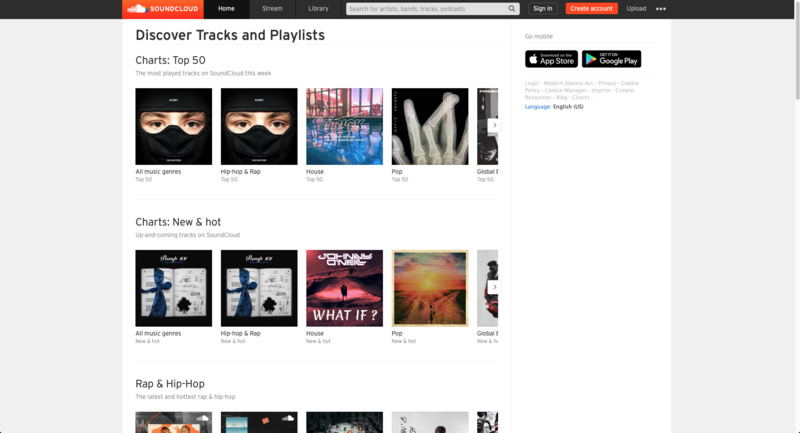 After hearing our thoughts on each streaming service, we hope you’ve decided which direction to focus your efforts. The genre of your music, your fanbase size and how much you value your music should all be factors that influence your decision. While a good promotional strategy will mean establishing a presence on all the major platforms, maybe the underdogs can prove more beneficial to you in the long run.