FeaturesPlugin SuitePlansTutorialsBlogSounds
RushDee Williams on his journey to the top of the Billboard charts
21 Apr '2022
RushDee the billboard charting producer talks about making it in the music industry, and gives us the lowdown on his triple threat Loopcloud DRUM kit Billboard Essentials

They say it takes years to become an overnight success, and for RushDee Williams, a multi-platinum producer and songwriter with multiple Billboard number one records, the story is no different. Hailing from Saginaw, Michigan, a small town that’s famous for being the birthplace of Stevie Wonder, RushDee dropped out of high school at 14 years old, which makes it all the more astounding to see where he is now. Rather than turning to the streets, the young teenger threw himself into music, building makeshift home studios to write and record in, and learning music production to create his own beats.

Fast forward to the present, and RushDee’s record and management company, BeGenius Records, has amassed over one billion streams on projects ranging from Lil Wayne, Tory Lanez, Jeezy, Nipsey Hussle, Machine Gun Kelly and Ice Cube. Not content with just the music industry, RushDee has also put his creative talents to work in film, starting off by writing and creative directing short films for hip hop giants like 50 Cent and Fabolous, and then contributing to soundtracks for full length features starring Hollywood luminaries like Martin Scorsese, John Travolta and Sylvester Stallone. 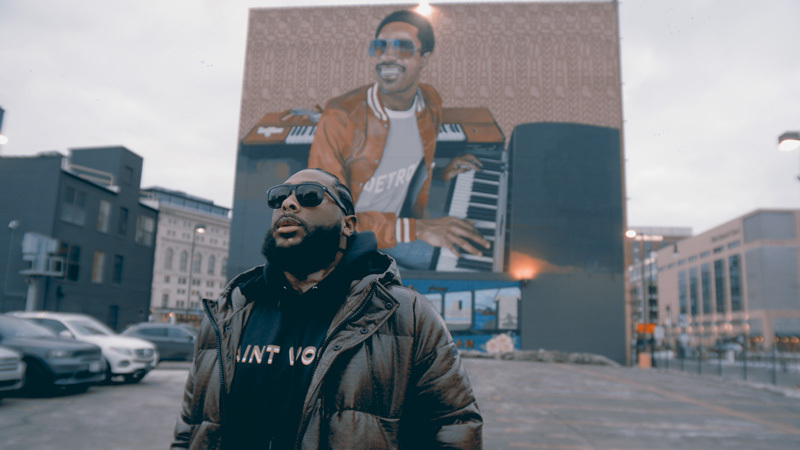 RushDee’s mogul mindset has seen him rise to the top, and with his debut Loopcloud DRUM pack, your music can too. ‘Billboard Essentials’ is exclusive to Loopcloud, and made up of the Saginaw producer’s personal arsenal of sounds. Inside are three different styles – pop, trap and R&B – so you can mix and match for that perfect blend, and build a track destined for chart success.

How did you get started in music production?

I was born and raised in Saginaw, Michigan. It’s about an hour and a half north of Detroit, so it’s close to a big city, but it’s very small itself. I started out as an artist actually, but I couldn’t find anybody who made beats like I wanted them to sound. The internet wasn’t quite what it is today, so there weren’t as many platforms available to find producers to work with. I eventually met a guy called Damien, who’s still a close friend of mine to this day, and he started making beats for me. He ended up getting a job though, and that was when I realised I had to figure things out for myself.

One day, my dad asked me, “Why don’t you just make the beats yourself?”, and I think that sparked something inside of me. There’s an NFL athlete from our city, Charles Rogers, and his dad and mine are really good friends. My dad mentioned to him that I wanted to get into the music industry, and he said he’d give me anything I needed. Being young, I said I wanted the Roland Fantom, which was around 2,500 dollars! He didn’t quite go that far, but he gave me a little something, and I ended up buying Reason. Before that I was tinkering around with Magix Music Maker, which was pretty basic back then. 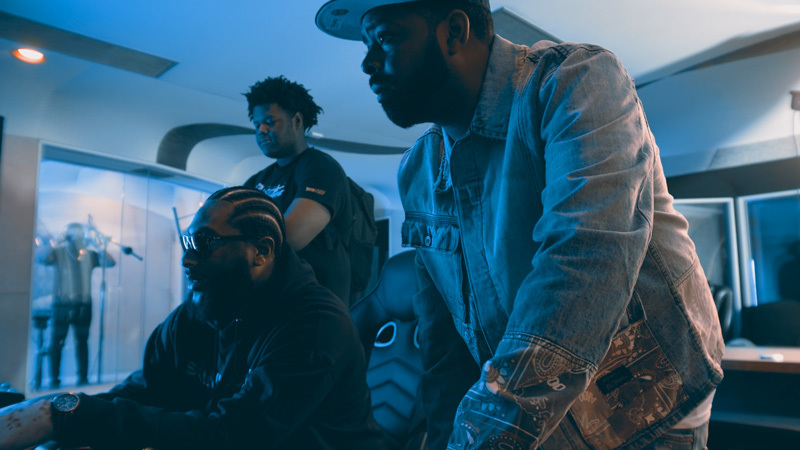 What was it like going from making beats to becoming a Billboard charting producer?

It took a long time! My definition of the difference between a beatmaker and a producer is the ability to A&R. A beatmaker makes beats, but a producer is someone who can actually sit down and curate ideas. For example, if I’m sending Drake and Rick Ross the same beat, I’ll name it differently in each case. Why? Because that’s the first step of the songwriting process. When Drake opens a folder and the beat is called ‘Champagne Diaries’, then that sounds like something for Drake. For Rick Ross, I’d call the beat something different, like ‘Maybachs and Trophies’.

They say music is a young man’s game, but you don’t have to be young, you just have to know how to reinvent yourself and stay in the now.

I used to hate when people would say that it’s all about the hits, because I always considered myself an artist of substance. As time went on though, I realised that it’s actually about making hits without compromising yourself. Artists like Kendrick Lamar and Andre 3000 for example – they’ve been able to have hits without compromising who they really are. They say music is a young man’s game, but you don’t have to be young, you just have to know how to reinvent yourself and stay in the now.

Did self-promotion come naturally to you, or was that a skill you had to develop?

I'm not a completely extroverted person – at any and all times I would rather be home, but I feel like I have this switch that I can turn on when I need to. I don’t even think about it, I just do it. I’ve done the craziest things just to get conversations to get through certain doors. Once you understand that the destination is about the ups and downs of the journey, and once you fall in love with that process, everything becomes easy.

When I was 17 I was sitting around one day with my brother and we decided to call up Kevin Liles’ office, the president of Def Jam, to try and get a meeting. I pretended to be this attorney who was doing a lot of work for them at the time, Londell McMillan, and his assistant actually got him to call me back – we couldn’t believe it! 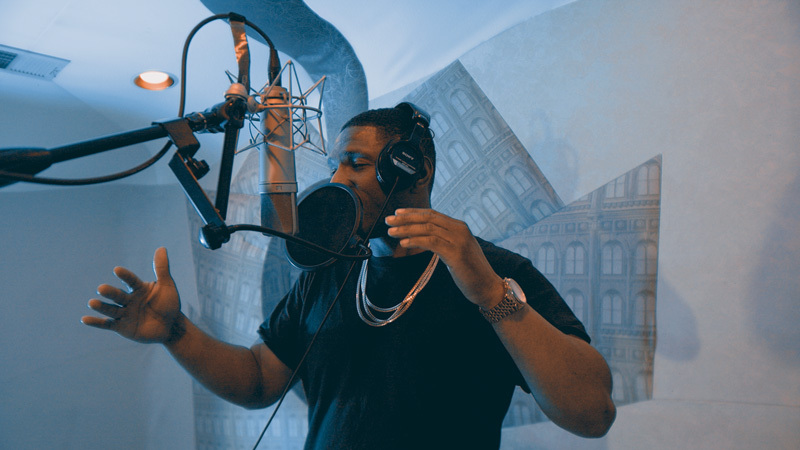 Next thing I know I’m speaking to Kevin in this fake deep voice, trying to come off like I’m actually Londell. I told him I had this amazing new artist who he needed to check out. The energy was actually really good, until I made the mistake of saying something which I later learned is kind of taboo in the industry: “He sounds just like Jay-Z!”. Immediately I felt the energy drop, because labels are always looking for originality, not someone who sounds like a huge artist already on their roster.

Despite that, he agreed to meet me in two days. There was no way my brother and I could have flown out to New York to meet the head of Def Jam – we’d never even been on a plane before – so we didn’t go in the end. I’ve told Kevin’s son that story before, so maybe he knows about it, I don’t know!

Your DRUM kit ‘Billboard Essentials’ contains three styles of drum sounds: trap, R&B and pop. How would you describe the main differences between those genres, when it comes to production?

With trap music, you want something very heavy and gritty. For pop and R&B, you need sounds that are a lot cleaner. We're in a space now where they're all blended though, depending on the characteristics of the record you’re making. Take an R&B artist like Bryson Tiller – you could use a hip hop kick in his records because he already has that lo-fi, gritty style. So it’s really important as a producer to know the artist you’re working with – you need to put your A&R hat on. I love Billboard Essentials, obviously because it’s my kit, but also because it really is a trifecta that can be used in different ways. You can jump in and get a dirty snare, and then flip into the pop and R&B kits and get something cleaner, because what R&B records do you know that have dirty snares in them?

Loopcloud DRUM allows you to customise the parameters of the drum sounds within a kit. Do you think it’s important for producers to be able to put their own stamp on the samples?

Absolutely. Same story, different narrator. By customising the sounds in my kit, you might be creating the next ten years of sound there and then, you never know! When Kanye West was producing ‘Stronger’, he tried every kick possible, until he ended up having to go to Timbaland for help. The sounds that Timbaland had are things that he got from people like Teddy Riley and Dr. Dre, and so on. You never know who’s going to control the style for the next generation, and we can’t get to that place without young producers having the capacity to express themselves. 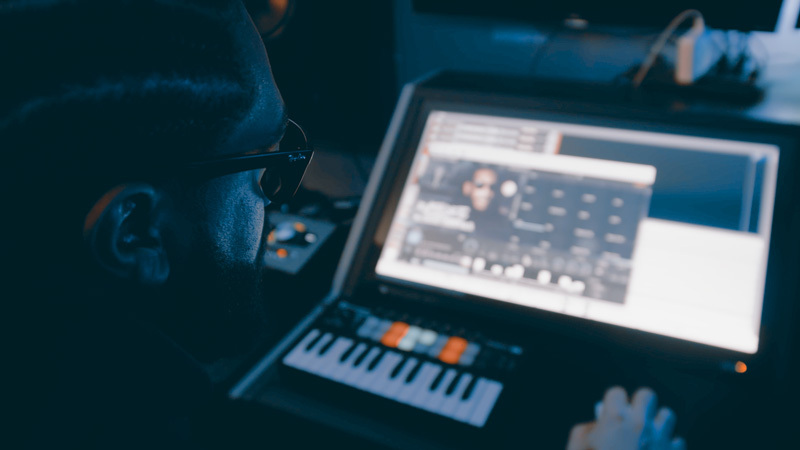 How did you find the experience of putting together your first sample pack?

It felt great. This is definitely something I want to continue doing, and I love being able to bridge the gap between bedroom producers and industry professionals. The fact that I was a bedroom producer myself means that I understand what resources you need when you’re starting out. Who wants to spend all day googling for industry sounding loops, when you can just go on Loopcloud and immediately get packs directly from producers like 8 Bars, Djay Cas and myself? I think most people would prefer that, instead of the heavily compressed, re-used sounds you’ll find out there on the internet.

I really want to thank Loopcloud and Djay Cas for the opportunity to put this kit out, and I can’t wait to see what people do with it. I’d love it if someone comes up to me in the future and says they got their first platinum plaque using the sounds in my kit, that would be amazing! If you can make your mom and dad proud with this kit, I’m in, man. 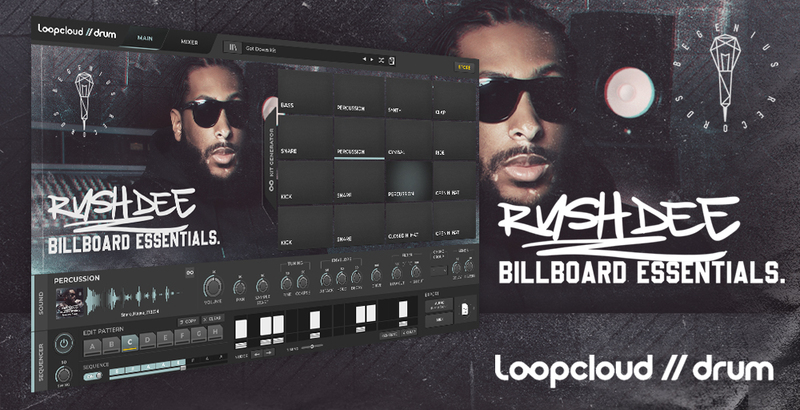 You work in quite a lot of creative spaces. What drives you to work across so many different projects?

That’s a great question. I think at one point I just told myself that I wanted to be successful because I didn’t have any other options. I left school when I was 14 years old, and didn’t go back, not even to get a GED. Education was still so important to me though, and I had this urge to learn that really saved me, it led me down a rabbit hole of knowledge from then on. I didn’t want to be a statistic, to just exist. I wanted to have a voice, and through that voice to be able to help people. 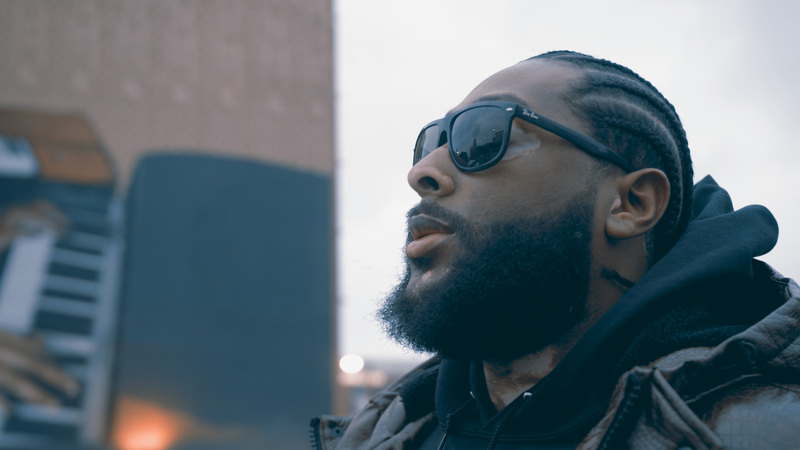 The money side of things is cool, but money is just money. At all times, there’s someone who’s over you and someone who’s under you. Through what I do, I’ve found that it’s all about being able to bring value to the room you’re in. You need to be modest enough to be in a room with people who are over you, and humble enough to be able to help the people who are under you.

As far as film goes, I jumped into that side of things because of an opportunity that my friend passed up on, which I then had a crack at myself. Since then, I’ve met so many people in the film industry, artists that I would have never connected with as a producer otherwise. I’m working on a few films right now, as well as executive producing a reality show which just got approved for funding, so that’s exciting. I’m also working on some game soundtracks, like NBA 2K. As a creative person, it’s about turning your crosshairs on entertainment and other creative spaces, and just going for it.