Dance music is a broad spectrum of percussive electronic music genres designed for clubs, raves and festivals. At its best, the music brings people together to share in life-affirming, transcendent moments. At its worst, well, the less said about that the better. Dance culture is a culture of freedom and expression, principles that you’ll find in abundance in the way the actual music itself is produced. There’s a lot of room to experiment, but that’s not to say there are no rules at all.

Many dance tracks can be improved instantly via tried and tested production and arrangement techniques, and in this article we’ll share with you some of the most effective ones. So, if you’re hitting a wall with your music, do yourself a favour and check out these six quick ideas to improve any dance track. 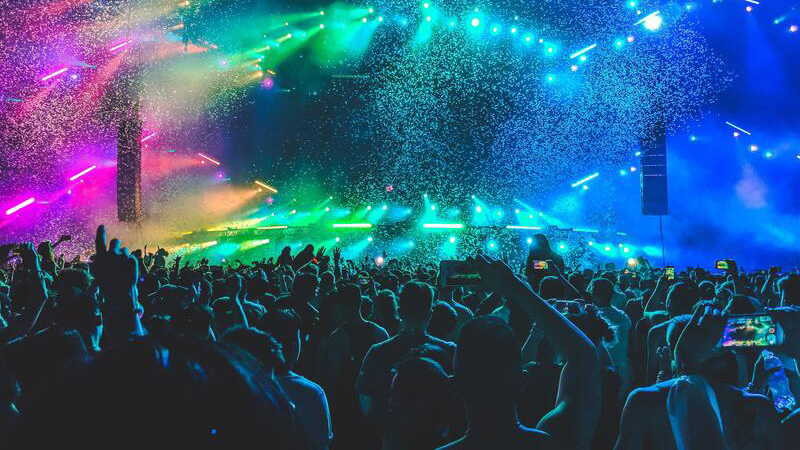 A common criticism of electronic music is that it can feel a little bit lifeless, which may be in some part due to the quantization of elements so that they land exactly on the beat. As is the case

when you use analog gear, random and generative elements can introduce musicality, imperfections and feel to your tracks. There are a number of ways you can achieve this without having to rely on hardware circuitry though.

Alternatively, you could use an LFO to modulate velocity amounts. Insert an LFO to the channel and map it to the Random knob. Select the Random waveform shape in the LFO and then set the depth, range and rate to taste.

Mix up the Meter

The overwhelming majority of dance music is written in 4/4 time, with a large portion using the popular four-to-the-floor kick pattern. This gives it a steady, uniform feel and makes it easy to dance to in a club environment. Moving away to alternative time signatures is a bold move, as DJs are far more likely to play tracks that mix easily with the other music in their set, but one way of introducing some spice to a 4/4 track is with a polymeter – the use of two different time signatures at the same tempo. 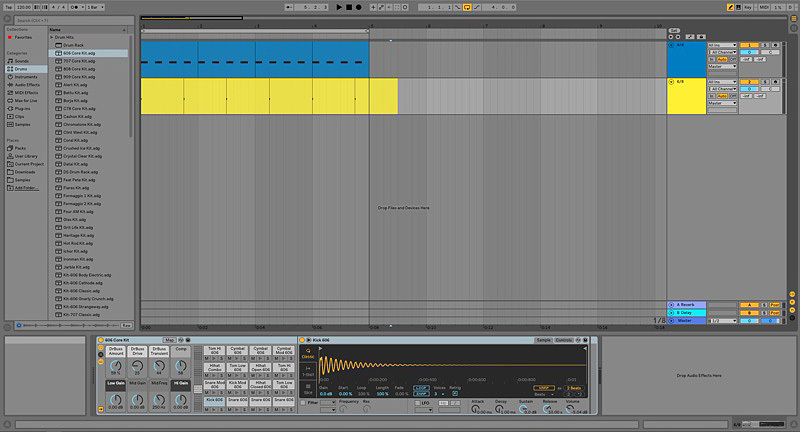 If your 4/4 beats are feeling boring or repetitive, try adding some extra percussion like a rim shot or a hat in 6/8 to introduce some contrasting rhythm. The easiest way to do this is to create a new track underneath your main drum loop, and add in a MIDI clip that covers six beats instead of four. Program in your new pattern, and duplicate the loop. You’ll see that the clip doesn’t match up with the bars of your main loop, but that’s the whole point! Play around with this and see what works, because if it sounds right, it is right!

You can hear an example of a polyrhythm In Disclosure’s track ‘Tenderly’, where the timing of the claps and percussion layers contrasts with the keys, kick, bass and additional percussion hit which come in at 1:01:

Silence is your friend, not your enemy! A few beats of silence just before the drop kicks in can be a great way of delaying gratification on dance floors. Silence a portion of the very end of the build-up or a sliver of the very beginning of the following part, or even add a full bar of silence between the build-up and the drop. Remember though, if you cut off your musical thought at the end of a 16-bar segment it changes the resolve of the idea, it might be beneficial to add an extra bar.

If total silence is too much of a drop-off in the atmosphere of your track, you can still introduce contrast by incorporating stripped-back or minimal moments before a groove. Try transitioning from a build into a big sub-tone, a soloed section like a lead melody or vocal, or a subtle effect like white noise. In Worakls track Toi (Original Mix) listen to how the dramatic build that starts at 2.33 ends in a short burst of white noise before kicking back into a minimal groove.

EDM music made buildups a mainstay of dance music during the early 10’s. It seemed like almost every song around that time featured a steadily intensifying build that peaked before dropping back into a filthy groove or lead hook section. While it’s become a bit of a cliché in many ways, the fundamentals of building and releasing tension in dance music are vitally important in your productions.

An easy way to build up to the payoff is to selectively cut out your bassline with a filter beforehand, easing the full frequency range back in over the course of your build-up to increase anticipation and still deliver the punch needed from a new section. 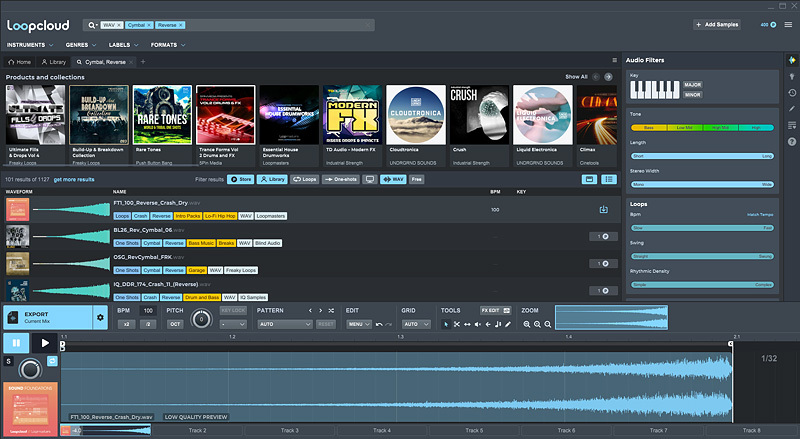 Another method is to use FX like a reversed crash cymbal prior to the drop section. You’ll find plenty of reversed cymbal samples in the Loopcloud catalogue. White noise is a good option too, simply load up a white noise sample and place a filter over it. Using automation, draw in a rising curve that precedes the moment of impact.

Finally, try adding a sense of movement and evolution into your build with an LFO. Choose a sound in the build and set the LFO to modulate its pitch, steadily increasing its rate for a boost in energy before bringing it back down to earth afterwards.

In their purest form, dance tracks are meant to be played out by DJs in a club, rave or festival environment, which means a certain amount of tailoring towards the needs of the crowd. Often you’ll find intro edits of original mixes that are intended to make mixing easier for DJs. They typically consist of eight bars of a beat or instrumental that (like the name suggests) introduces  the track before it transitions into the rest of the original tune.

We can take some of the principles of an intro edit into music production to instantly improve the start of a dance track. Imagine your track is being played out in a club, and try and stage it accordingly. Starting off straight into your main drum loop gives you less places to go, so try and bring it back to its core elements and add some atmosphere with sweeps and the like. Audition a few ideas as loops to kick things off as the sole element of the intro before things kick in, you’ll hear what sounds right.

Alternatively, if you’ve used an acapella in the track try placing it right at the beginning. Add a high-pass filter to accentuate the contrast between the eventual weight of the fullt track. This builds tension for the listener as they wait for the beat of the track to hit, and it will work a treat on dancefloors too.

You’ll find plenty of examples of intro edits on Beatsource, an exciting collaboration between Beatport and the world’s largest promotional record pool, DJ City. Pro+ subscribers get access to DJ Edits, adapted versions of songs that have been rejigged to help DJs mix them easily and creatively with other tracks.

When you’re making dance music, or any music for that matter, it can be tempting to keep adding things to the track in an attempt to make it sound better and better. However, sometimes this can lead to a track sounding worse! The best producers in the world have the ability to make extremely catchy tracks while keeping the things simple and clean.

Often what your track needs is less, not more, so one thing you can do to quickly improve a dance track is to stand back from it and listen out for what you can remove. Is there an instrument that’s not adding anything to the mix? Mute it and see if you miss it. Maybe you’ve overdone it on the synth pads, or added too much FX over the top. Take them out!

Don’t be afraid of leaving space in the mix, as more often than not it will allow the star players in your track to shine.