Sean Divine’s passion for audio production is immediately apparent from the sheer amount of hats he wears in the industry. He’s a music producer, a mixing and mastering engineer, a sound designer and an educator in the audio community via a thriving YouTube channel with over 180 thousand followers.

Starting out producing instrumental tracks in his dorm room in college, Sean built an online catalogue that eventually received over 27 million plays, putting him on the radar of major labels and music publishers. Since then, Divine has produced and engineered for chart-topping recording artists, with major placements in film, radio and television. His work has appeared in Grammy-nominated recordings and factory libraries for a host of software instruments, as well as the world’s leading DAWs.

Sean Divine has teamed up with Loopcloud and curated a fresh Collection of drum sounds that you can drop straight into your mixes.

What’s your background as a producer?

I started as a drummer, and was initially more interested in being in bands and that sort of thing. Coming up I was exposed to a lot of the hip hop scene through trading CDs with friends, and I was really fascinated with the sounds I heard and the way it was all being put together. I grew up in a small town in North Carolina where nobody was doing any of that sort of stuff. YouTube wasn’t around then, so I started reading a lot of magazines like Computer Music and Future Music. Eventually, I got Reason, which was my first exposure to a DAW. I learned a lot about signal flow and started making beats on that. 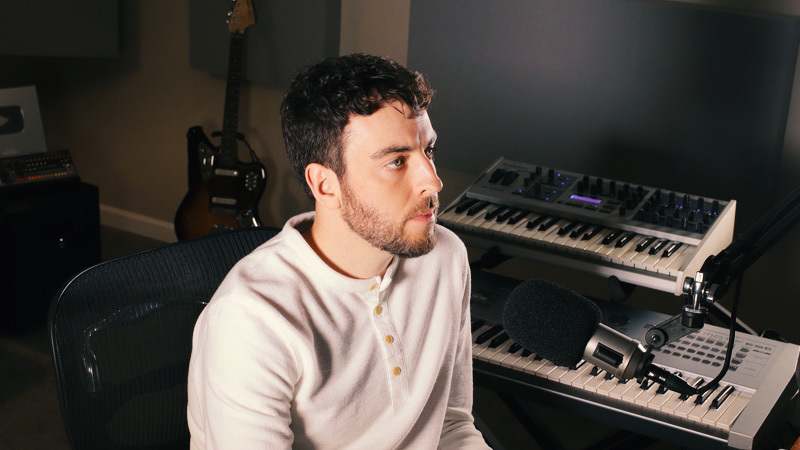 I went to a traditional university to get a degree, still knowing I wanted to do something in music, but not really feeling like there was a chance I could do it professionally. I was making beats in my dorm room and recording and producing artists there, and I created a page on a website called SoundClick. Back then it was a hub for artists to find producers and beats. Through SoundClick I managed to get my beats out there and eventually started connecting with A&R’s, managers and label people, and started working with a lot of different artists, songwriters and publishers. There are a lot of producers who came up in that same scene who have gone on to do some really big things.

At what stage did you decide to make a YouTube channel, and why?

Oh man, that was a good bit later. If you go way back in the archives, my first uploads were videos where I would just set up a camera in the corner of the room and make beats. I didn’t really know what I wanted to do with YouTube, but I thought it was so cool and something that I knew would be helpful to me.

A number of years after I put up those beat-making videos I was working as an assistant engineer on the west coast, and I left that job and started my own home studio. An artist asked me if I could send him a video of his vocals being mixed, because he really wanted to know what the process was like. So I sent him the video, and through that process I got the idea to do some mixing tutorials, specifically on vocals and related to the styles of music I was doing, because there wasn’t anything out there like that at the time. I put together a tutorial and uploaded it to YouTube, and there was a little bit of a response, but nothing too crazy. 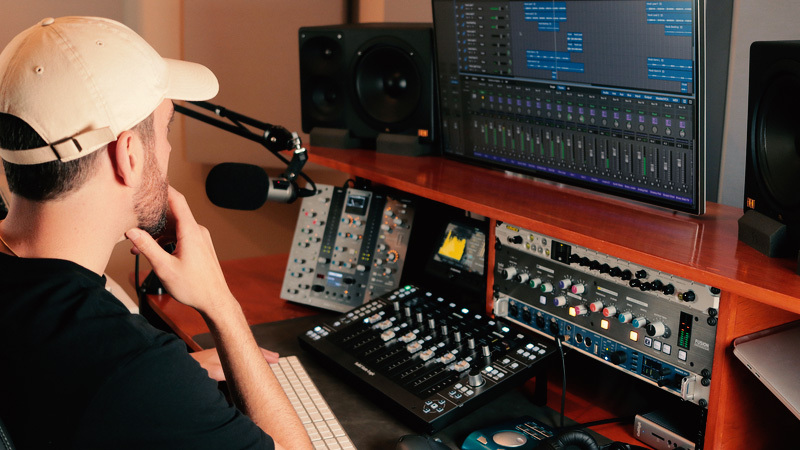 I ended up taking the video down because the artist in the video wasn’t too happy about his raw sound being out there. As soon as I did that I got a lot of emails from people asking me why I had taken the video down, and saying how much it had helped them. That made me realise there really was a need for that kind of thing, so from then on I started making and uploading as many videos as I possibly could, and here we are!

What can people expect from your Loopcloud collection?

It’s a collection of 90 one-shot drum samples; kicks, snares, claps, hats, and a few 808s. I thought it would be cool if you could rely on a collection of drum samples that are all mix ready, meaning you don’t need to do a tonne of processing. I spent ages exploring Loopcloud using the search filters, digging into the catalogue and finding a lot of cool stuff. For example, I was excited to see a sample pack belonging to a producer who I’ve been familiar with for a long time, Djay Cas.

The sounds in my collection are the ones that really spoke to me while I was crate digging through the Loopcloud library, and are all samples that I’ll be using in my own productions as well. There’s a lot of heavy stuff in there, so just put them into your DAW and let them inspire you! 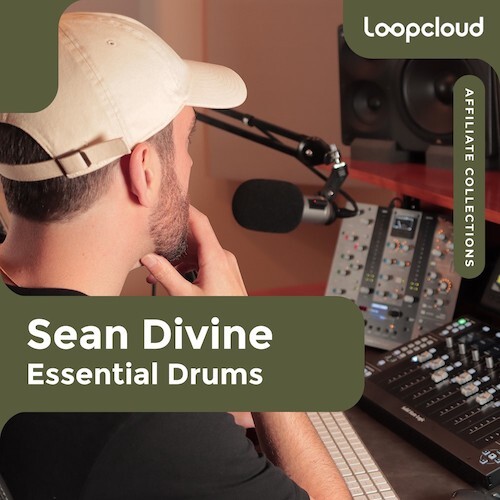 When you’re trying to find samples for your own music, where do you tend to look?

Tools like Loopcloud are so invaluable in the production process because the quality of the samples is so good, and they’re just right there for you. Obviously, I’m a sound designer as well, so there are certain times when I’ll spend a day creating sounds to have a pool of samples and my own kits to use. But if someone has already done it, and done it well, then why not let that inspire you? 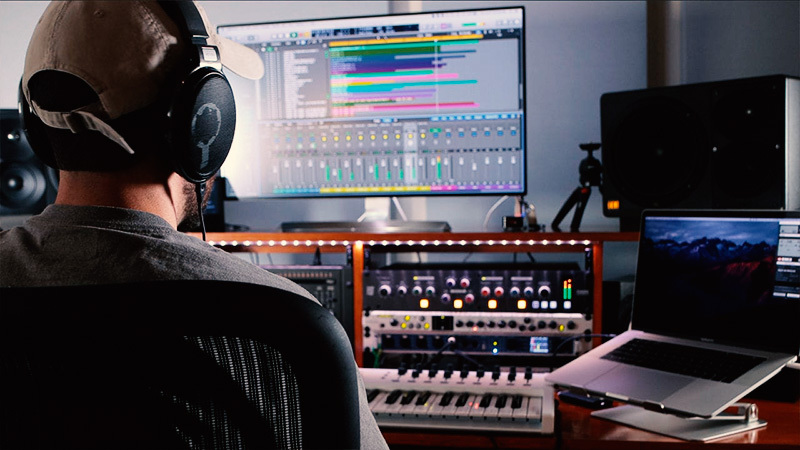 The quality of sample libraries has reached such a high level, and you can always tweak the sounds and process them to make them your own anyway. It’s not like you’re forced to take a loop as it is, and not do anything with it. There’s so much fun to be had with taking samples and sending them through crazy distortions and multiband processors. As an engineer, I always listen for how a sound is going to sit in the mix though, even before I start laying a lot of sounds over it. I ask myself: “Where is this going to be, and what’s going to complement it?”. Then I move on to creative decisions like whether or not to chop it up or pitch it.

Do you have any favourite creative effects?

For samples, there are a couple of plugins by a company called Sugar Bytes that I love. Most producers are probably familiar with Effectrix, but they also have a plugin called Looperator. The way it works is you take a loop from Loopcloud, for example, and drop it into the plugin and completely mangle it with a multi-effect step sequencer. You’re not just adding step effects though, you’re actually rearranging the sequence itself – it’s very cool. 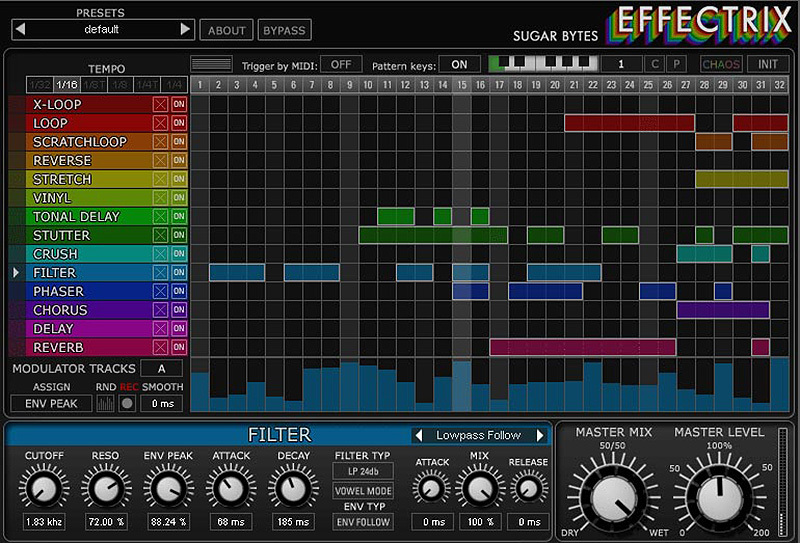 How do you process your own samples to make sure they sit in the mix well?

When it comes to processing samples there’s a really fine line between compressing and overcompressing them – you want them to retain their dynamics. I hear so many samples that have had all the transients squashed out of them! You don’t want to put yourself in a corner with how you’re styling your samples, so even if you’re adding creative effects like reverb or distortion you can do it in a way that’s going to work in a majority of situations. It’s about getting something as close to mix-ready as possible, but not overcooking it.

What’s your methodology as a mixing and mastering engineer?

With mixing, it usually involves listening to the rough mix a lot. I listen to it about five or six times to get an idea of where I’m going to take it, and what the artist wants from it. I’ve come to realise over the years that the rough mix sounds that way for a reason – the artist has worked hard on it, and you don’t necessarily have to take that in a completely different direction.

Next, it’s about bringing everything down and getting an essential balance going. Once I have that sorted, then I can start thinking about vocal chains, effects processing and all that stuff. It can be overwhelming when there’s a session with 80 to 120 tracks in it, so it’s helpful to think of it in groups. I’ll focus on just the instrumental and drum section, and then move on to the sends and blend the bassline with the kick. When things feel good within the groups then I can come back and figure out how everything is going to work together. 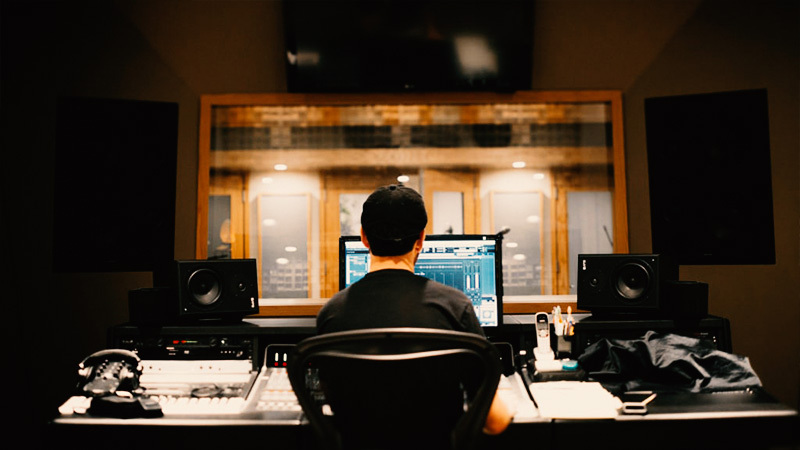 Once you’ve honoured the rough and got a final mix, the mastering process is about thinking about how the track is going to perform outside the studio and translate on different devices like a phone. So I try to reference as many different systems as I can and make subtle adjustments based on that. A lot of people get wrapped up in the whole “What’s in your mastering chain?” thing, not realising that most engineers are doing very different things with each session because each track calls for a different sonic approach.

Are there any common mistakes that people tend to make in their mixes?

It’s usually little details that add up and make a huge difference. It could be something as small as a vocal being EQ’d in a way where it’s too sibilant, or there’s a lot of build-up in certain frequencies. People tend to make things way too bright, and low-end can also be a big issue. I know my room really well, so I can hear when the low end is there and when it isn’t. A lot of producers don’t even have monitors though, and although you can still get good results mixing on headphones it’s tougher to hear certain details, especially in the low end. Mixing is like painting a picture, with tons of tiny strokes adding up to something greater in the end.