Collectives are nothing new in hip hop, starting in the eighties with groups like N.W.A and the Wu-Tang Clan, with more recent outfits like Odd Future and Black Hippy propelling the careers of modern greats such as Tyler the Creator and Kendrick Lamar. For the most part, though, these collectives have been distinctly artist-based, albeit with a focus on collaboration and creative carpooling.

Producer-focused collectives are a new thing in the industry, with a fresh generation of studio dwellers realising they can make a bigger splash together rather than going it alone. As well as being obviously useful for collaboration purposes, each person in the group also amplifies the others’ reach, making things like artist placements and promotion much easier.

Viral Effect are an LA-based collective made up of producers and creatives who share a common mindset and ambition to reach the top. Fresh off landing their first Number One album producing for Young Thug, they’re bringing their highly anticipated ‘Triple Threat’ collection to Loopcloud DRUM. Nick Nash, a core member of the collective, sat down with us to talk about the kit, as well as the story behind Viral Effect’s beginnings.

How did you get started in music production?

Back in 2012, Disney made this knockoff of Eight Mile called Let it Shine. I was a young kid living in Orange County at the time, and my friends and I saw the film and started trying to rap. I was terrible, as it turns out, but my friend was actually pretty good and I started putting loops together and making beats for him. We called ourselves Beat and Flow.

My original ambition was to have a basketball career, so for a while, I drifted away from music because I was spending four hours a day shooting and working on drills. As a freshman in high school, I was only hitting 12 points a game though, which wasn’t going to get me anywhere, so I decided not to try out for the team the next year and focus on music instead.

When I moved to North Carolina a friend showed me an artist called John Bellion, who’s my greatest inspiration to this day. He has these behind the scenes videos on YouTube where you see him creating everything from scratch, and I thought it was the craziest thing in the world. I bought a FocusRite audio interface which came with Ableton Live Lite, and I started making my first beats from scratch on that – they were terrible! I watched a lot of YouTube tutorials, on channels like Busy Works Beats, which is where I discovered FL Studio and I’ve been on that ever since. 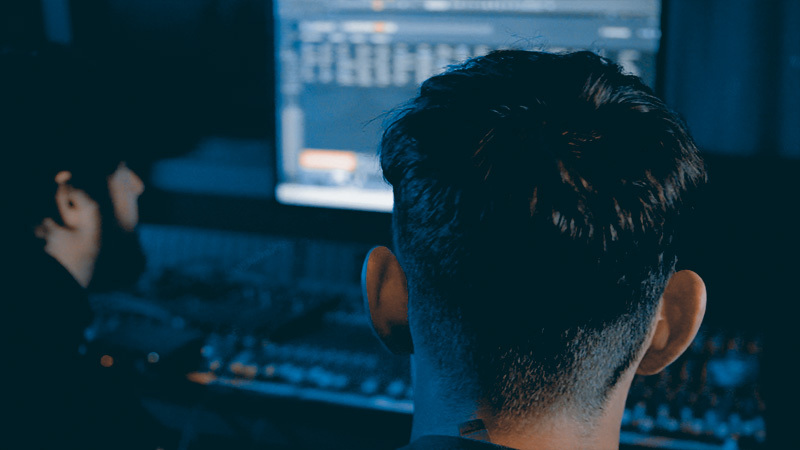 How did Viral Effect come about?

Jake Mark [another core member of the collective] and I have known each other since 2019. I went on a trip to LA with Adon tha God, who’s also in Viral Effect, and another one of our homies. We all tweeted and posted on Instagram that we were in LA, and Jake ended up seeing that because he knew the other guy we were with. He sent us a message asking if we wanted to cook up, because he had artists with him, and we told him to come through to our AirBnB and work on songs. We hit it off and have been friends ever since.

I ended up going to college and doing pre-business, but I dropped out in my sophomore year because I was spending all my time on music. My parents allowed me to live with them for a while and build up a bit of money, and I moved to LA in February of 2021. The choice was either LA, Austin or getting my own place in Raleigh, but Jake wanted to be in LA so badly that we ended up moving out here together and getting a place.

There are 13 people in Viral Effect now, although we’re still in the process of getting the paperwork sorted for all of them. Five, including myself and Jake, are actually under management. There’s no rules to it, we can work with whoever we want, but part of the reason each person is in the collective is that at least one of the core members has found them on their own and worked well together. We do a lot of work collaboratively and are in the studio together a lot. 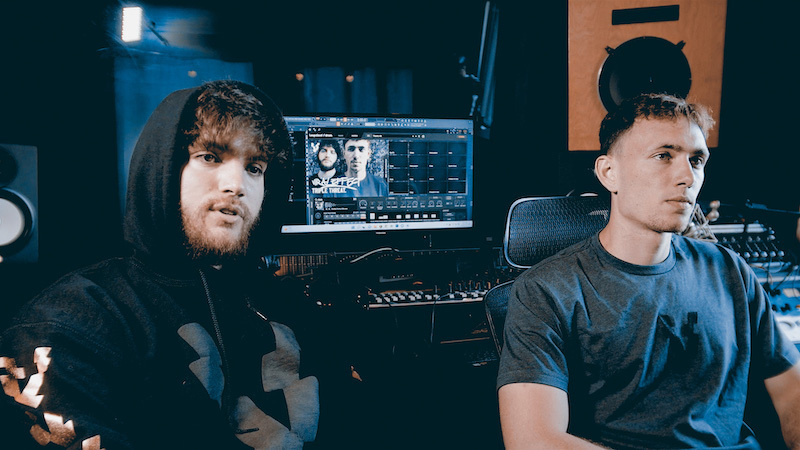 What do you think producers need to do these days to stand out and get heard?

Tools like Loopcloud make it easier than it’s ever been before to make music. As producers we need to not take that for granted, because I think a lot of people get lazy and end up in a routine where they make their beats the same way every time. You need to continue to push yourself, and review everything you do. If you have something that you think is finished, come back to it and ask yourself what else it might need. I’ve noticed that adding little details, ear candy, is something I can always do to make things stand out.

Social media is certainly an important part of promoting yourself as a producer, but personally I’ve moved away from it a bit because it can get to you mentally. I don’t like seeing all the negative stuff on there, but there’s always a middle ground so I try to use it when I need to.

What can people expect from Viral Effect’s Loopcloud DRUM kit?

There’s 48 different sounds in the pack, each in three different categories of 16, and we tried to make each category inspired by a specific sound. My favourite one is the Blue Devil drum kit, which is inspired by the North Carolina sound. That means gritty, bouncy 808s with short, quick hi hats and thinner claps that don’t have as much body to them. There’s a whole generation of producers and artists with that sound, people like JetsonMade and DaBaby, and I focused really hard on getting a drum kit to represent that. The other kits are a broader trap kit, and a more pop-focused one.  Download Viral Effect 'Triple Threat': https://bit.ly/3OrqtmO 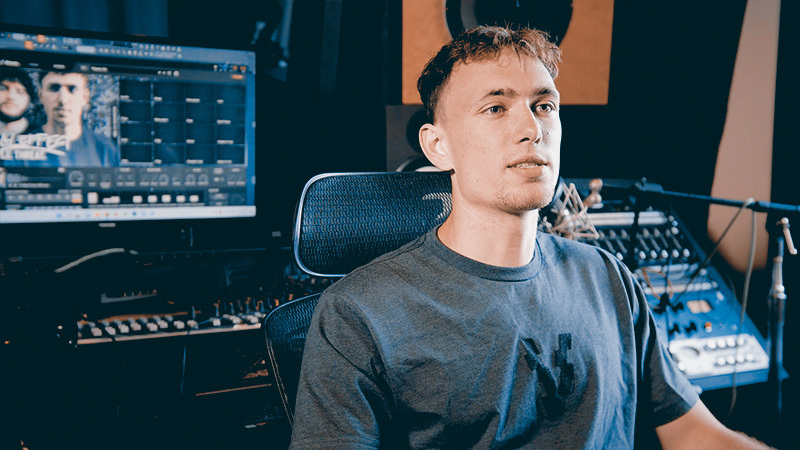 Can you tell us anything about the production techniques behind the sounds in the pack?

When I was developing the 808 sounds for the Blue Devil kit, I would take three different 808 samples, cut frequencies from one and boost them in another. That way I could take the best parts of each sample and create a new 808 from those.

Up until this year, I was mostly an in-the-box producer. Lately, I’ve been experimenting with hardware a lot, and I love being able to sit down and play with it when I have the time. We used a Prophet V when we were making the kit, which is a hybrid between a synth and a sampler. Fortunately, Jake used to have a job at Sweetwater, so he was able to get us a nice deal with 0% financing and a little bit of a discount as well. 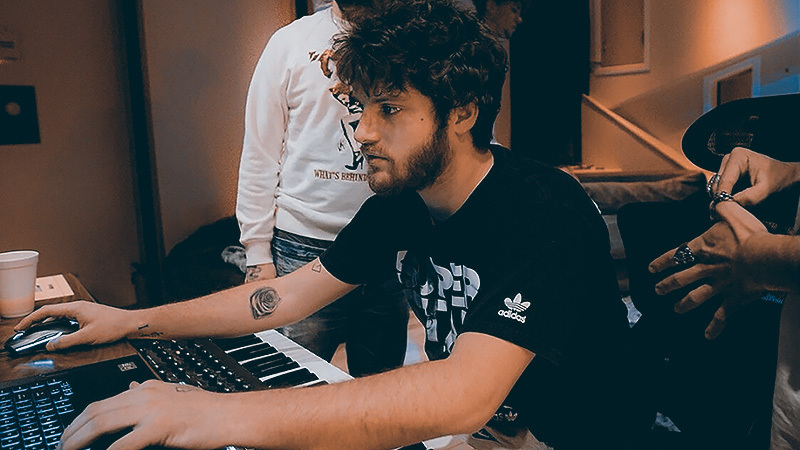 What do you think is the main benefit of a resource like Loopcloud?

Probably the fact that you can take a sample that someone else made and create something completely new with it. You have to make these sounds your own, and it really tests your ability to be resourceful. Hip hop started with sampling, and although people maybe aren’t taking samples from the 70s or 80s as much anymore, they’ll grab something from a sample library like Loopmasters and make five different beats with it. It’s really interesting to hear all the things that people create. 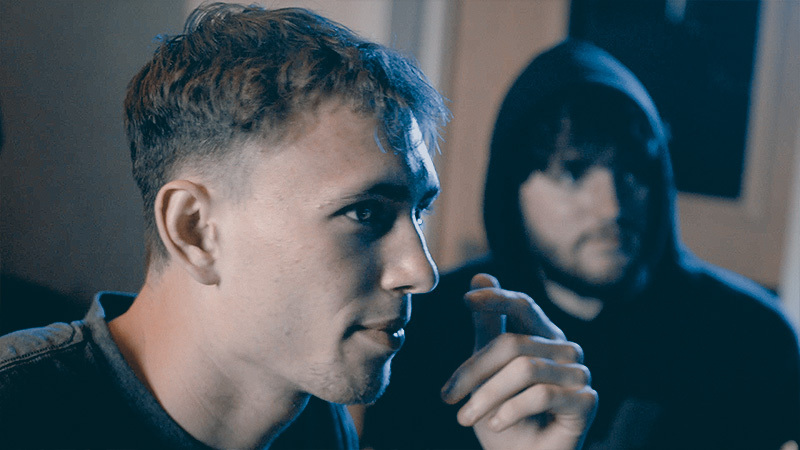 As a producer, do you try to draw from a lot of different sources of inspiration yourself?

Yeah definitely, I like a lot of genres of music. I mentioned John Bellion earlier, and I love that J. Dilla swing that he mixes into pop records. I love combining genres together, and country music is something I’ve been getting into. I got my first country placement a few months ago, actually.

What are your ambitions and plans for the future?

I would love for Viral Effect to be on the same pedestal as a collective like Internet Money or Splitmind. I want people to know our name. I have two placements coming out soon, one with YSN Flow and one on Soldier Kidd’s upcoming project.

I’ve just started getting into the whole music publishing thing too, and got my first substantial publishing cheque from my placements. I’ve had BMI cheques come in before for small amounts, but after I got a placement with Sleepy Hallow, for the track ‘Luv Em All’ on his Still Sleep (Deluxe) project, I started receiving publishing royalties as well as the usual master royalties from streaming services. It’s really cool to look at the catalogue that I’m building and know that’s passive income I’m going to have for the rest of my life, so I want to continue to grow it.