Anthony Markeith Reid, better known as Antman Wonder, is a Philadelphia-born, Los Angeles-based Grammy award-winning producer, musician and composer. Over the course of his eclectic career, Reid has worked with producers such as Dj Premier, Justice League and Just Blaze, received production credits on tracks from Kanye West, Anderson .Paak and Action Bronson, and composed soundtracks for many projects.

Now, Reid has released Sketches, his debut sample pack with Loopmasters. Borrowing from several genres and eras, Reid has created a sample pack designed to provide inspiration for artists working in almost any genre. Recording live instrumentation and incorporating textural and natural sounds, Sketches is a unique sonic treasure trove.

We caught up with Reid to get a peek behind the scenes of his new pack, hear about his unorthodox approach to music making and sampling, and for some advice on making your way as a producer in the music industry.

What can people expect from your new sample pack ‘Sketches’?

Sketches is focused on different feelings I was experiencing at different times; different influences. Some people will have a soul pack or classical or something like that, but I just kind of created. I figured the more unorthodox the idea the more creative you can get with it, you know? Because it's not coming from a place that you would usually sample. Its me trying things to hopefully inspire others to try different things too.

Sound wise it’s mostly melodic. I made this pack a couple minutes ago but there’s horns, definitely some keys – I think there's some synths in there. It's a lot of texture and feel. It just depends on where I was at the time when I was making those things. Back then there was probably a little bit of jazz, little bit of car chase music, little bit of somebody getting choked out in an alleyway.

Sounds unorthodox, do you find yourself moving between and exploring genres a lot?

Yeah, I can't sit still. I've got ADHD and that shows in my music for sure. I will switch genres in the middle of a piece, and I love to do that. I believe that we consume millions of hours of music at this point. Not just from listening but from what people have created and I feel like if I'm going to give to this great institution then I'm going to give as much as I can, even in a short time. I don't like people to get comfortable when listening to music, I want you to feel something. There's tons of other music where you can just sit and chill and vibe out, not to say I don't make that too. What inspires me is things that are unexpected.

For instance, hip-hop always used to get dubbed with R&B and at one point they leaned into it. You'll have music that does one thing one second, you know, talk about love and then a rapper just comes in and shoots you a couple times. Then you go right back to singing about love again. That's the type of stuff I grew up on. I just do that in the musical form. 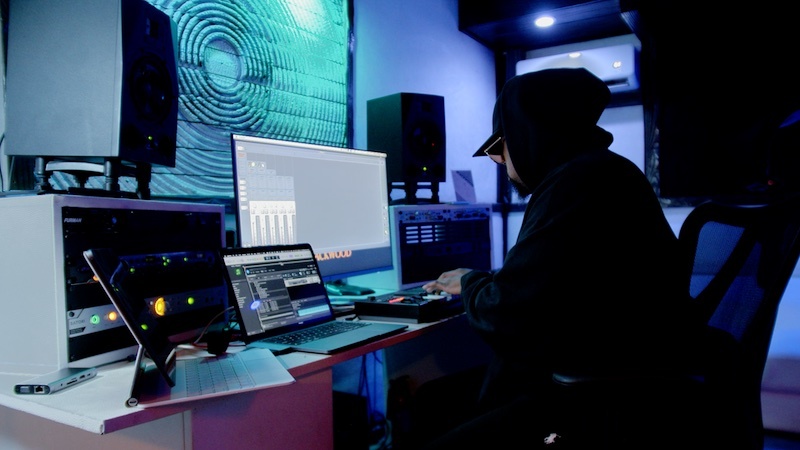 When you were working on this pack, what was your workflow like?

I wrote it in the same way I’d work on a track – it's sketches, it's just ideas. I don't really create anything right after I hear music because I don't like it to sound like I’m just pulling from other stuff. I usually just take in all of the sounds of the day. Maybe I'll be watching tv or maybe I went somewhere. Maybe even something in a commercial is playing in the background and I heard something that made sense and I'll just put it all in and figure it out. A lot of the time it's just sitting down and tinkering around until something happens. I’ll have one session that may have 5 or 6 different melodies in it and I'll just pick the one that speaks to me the most.

What gear do you use when producing?

I’m very simple. I have an 88-key Yamaha keyboard, Ableton Push 2 and a Maschine and every DAW there is. I don't subscribe to one thing. I use whatever I feel like at the time.

Sometimes I might open up Reason, sometimes I might open up Logic. I’m a big ‘in the box’ dude because when I was younger that was all I could afford. I didn't have all the fancy bells and whistles. My most expensive hardware is probably my interface and it's not even a big deal. I don't believe in having a bunch of stuff that I ain't going to use, I like to keep it simple. If I need to use something big I'll just go to somebody else's studio and rent it out.

I also record a lot of live instruments. I have a violin, I have horns, of course the guitar, the bass. Different things that I just dabble in, I wouldn't say I play but I get the job done.

How does your workflow look once the raw takes are recorded?

I'll chop up something that I did recently or I'll make something specifically to chop up. I’ll take that sample and make something new out of it. I've always used the sample as an instrument, and not something to just put drums over it. I'm old school. I like taking from different parts of the song. Some people are just comfortable with looping, which is fine, but I’m like “go to the bridge” and “go to the beginning”.

Do you write full tracks to then resample?

Yeah, I’m writing in different sections, I'm writing an intro – even when I'm composing I like to make my intro first and then try to beat the intro.

I always hate it when I've heard songs with an amazing intro and then the rest of it just sounds like a keyboard just falling down the stairs. I like when it feels like the intro sets you up and doesn't let you down. Sometimes beats are good enough, or loops are good enough, that you don't need an intro. As soon as you hear it you know it's an amazing melody, or it's just really really catchy, but a great intro on top of that… 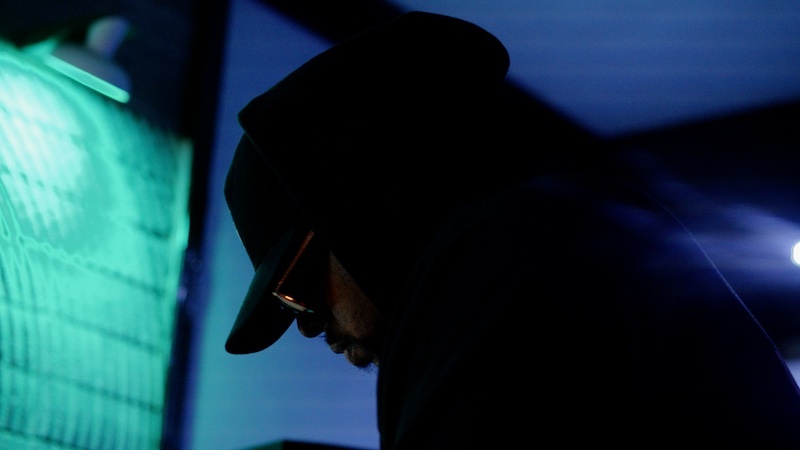 You’ve talked in the past about how the music industry can be unfair to producers. Do you have any advice for younger producers on how to protect themselves?

Get a lawyer first and foremost. Go and get a lawyer that's not in bed with any label. Don't let anybody try to navigate your career with a friendship. Make sure they are coming at you from a business standpoint always and have everything laid out in front of you.

A lot of people like to talk you into certain things by telling you what could happen. No, I need to know exactly what will happen. This is your work. This is your effort. Like any business you get paid for it. If you don't get paid upfront make sure you get paid very well on the backhand. I know it's usual for people to not even get paid up front anymore. Make sure people have your paperwork right.

I'm going through a situation now where people left my name off credit. A song I produced is in a movie and my name isn't on it. That's something I've got to deal with there.

A lot of people use status in this industry to get everything but leave status out of it when it comes to your work. It doesn't matter. If status was all that was important they wouldn't come to you. I think people use status in order to get things done. I believe in using hard work and talent. If somebody comes to you for your talent then they can pay you for your talent.