FeaturesPlugin SuitePlansTutorialsBlogSounds
5 Producers on How they Got their 'Big Break'
21 Oct '2022
Sometimes all it takes is a little luck and a whole lot of hard work to get ahead as a music artist and producer.

The music industry has changed almost beyond recognition over the past ten years, with streaming services and social media defining new business models and career avenues for all. While everyone’s version of success is different, the fact still remains that it’s an enormously difficult industry to “make it” in, moreso now than ever. For every producer or artist who is able to make a living off their craft, there’s a thousand more outside with their faces pressed up against the glass, wondering when it will be their turn.

In the face of such unrelenting competition it can be easy to become despondent, which is why it’s important to remember that as long as you work hard and make sure you’re good at what you do, your lucky break could be just around the corner. After all, luck is when opportunity meets preparation – just ask these five producers, who each have a story to tell about how they found success in the industry.

Djay Cas on how he made it onto Ice Cube’s album Laugh Now, Cry Later 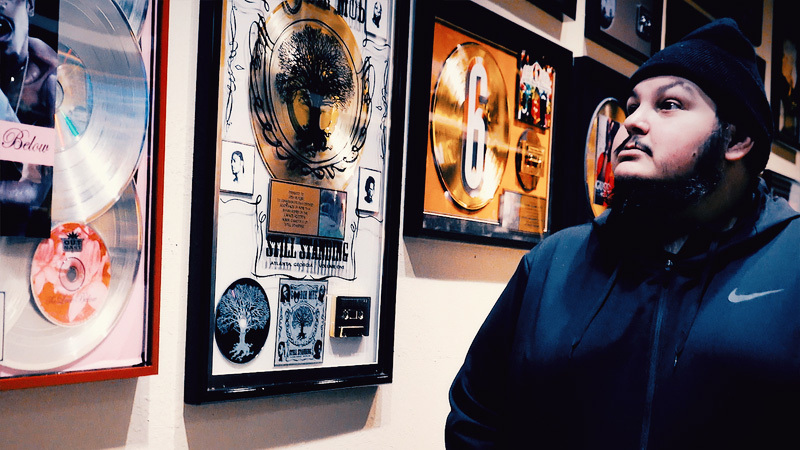 "I grew up in Charleston, South Carolina, and I got to know some of the local artists just by being out and about. Mixtapes were popular then, it seemed like everywhere you went someone had a CD to sell you. So it made sense to collaborate; “OK, you rap, I make beats – let’s work together”. Once you start reaching out to artists you begin building a network, and then you get a bit more comfortable with the idea of yourself as a producer.

My first experience with record labels was with Ice Cube. A friend of mine, Milli Monotone, was working on an interview with Ice Cube’s DJ, DJ Crazy Toones, and he found out that he was interested in hearing beats from new producers. I got his email and sent some stuff through and...nothing happened. I don’t even think he heard them! Ice Cube’s album, Laugh Now, Cry Later came out after a while and obviously I wasn’t on it, but I sat there listening to it and thought, “I need to be on the next one.”

In this industry it’s not a good look to constantly message someone who hasn’t responded to you; there’s a bad connotation around it. I said to myself though that when they were working on the next album (Raw Footage) I was going to be ready. In the meantime, I really focused on what I needed to do to get better. So, about a year later I sent over some new beats and DJ Crazy Toones emailed me immediately saying “Listen, the album is already finished, but you’re going to need a lawyer because we want to put you on it last minute.”"

Sammie Hall on how she started getting placements as a vocalist 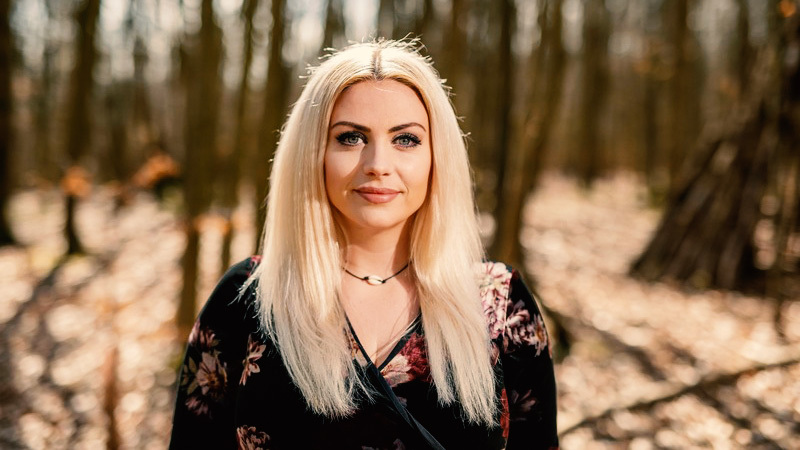 "I’ve loved drum and bass since I was a teenager. I started going to raves quite young, from about the age of sixteen, and I’d mainly go to Fabric and SE1 in London, places like that. I’d go up there on a Friday and come back late on Sunday, just constantly raving all weekend. One of the first jobs I ever had was I got my own drum and bass radio show for a station called Radio Reverb, in Brighton. That show was from seven to nine in the morning, three days a week, so I would be going to raves to interview the DJs and MCs. It was the most fun time of my life!

I was at a rave one time, and I got chatting to a producer there at about half six in the morning. One of the DJs had literally just played a sample from one of my acoustic tracks, just for that night because it was my hen-do. And so this producer – he’s called Trouble – heard my voice and said that he really wanted me to sing on one of his tracks. I kept in touch with him for the best part of a year, and I really thought I couldn’t do it because I tried and just kept messing up, but then eventually we started getting this track together. It’s a track called Playing with Fire that still hasn’t been released yet, but they were my first ever drum and bass vocals." "First and foremost, Fred and I were actually solo producers when we first met. We weren’t strong-armed into becoming a duo, but it was an option that Hospital Records gave us. They wanted to sign both of us as a duo, and I don’t think they wanted to leave either of us behind”.

At that point, Fred had released one solo track on Hospital, and although they were looking at some of mine, they hadn’t fully signed anything yet. We would send them solo tracks and collaborations, and I think they just liked the collabs and wanted to build a project from the ground up. We’d written a few things together before that, so they told us they’d sign us a duo – and thus we became a duo!" 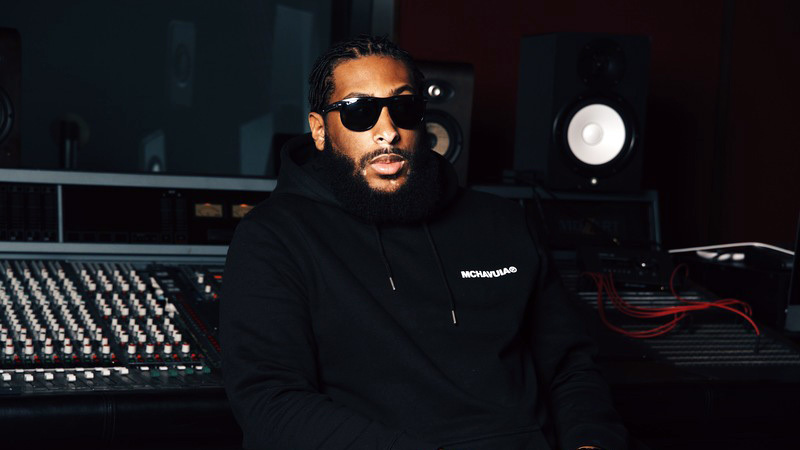 "When I was 17 I was sitting around one day with my brother and we decided to call up Kevin Liles’ office, the president of Def Jam, to try and get a meeting. I pretended to be this attorney who was doing a lot of work for them at the time, Londell McMillan, and his assistant actually got him to call me back – we couldn’t believe it!

Next thing I know I’m speaking to Kevin in this fake deep voice, trying to come off like I’m actually Londell. I told him I had this amazing new artist who he needed to check out. The energy was actually really good, until I made the mistake of saying something which I later learned is kind of taboo in the industry: “He sounds just like Jay-Z!”. Immediately I felt the energy drop, because labels are always looking for originality, not someone who sounds like a huge artist already on their roster.

Despite that, he agreed to meet me in two days. There was no way my brother and I could have flown out to New York to meet the head of Def Jam – we’d never even been on a plane before – so we didn’t go in the end. I’ve told Kevin’s son that story before, so maybe he knows about it, I don’t know!" 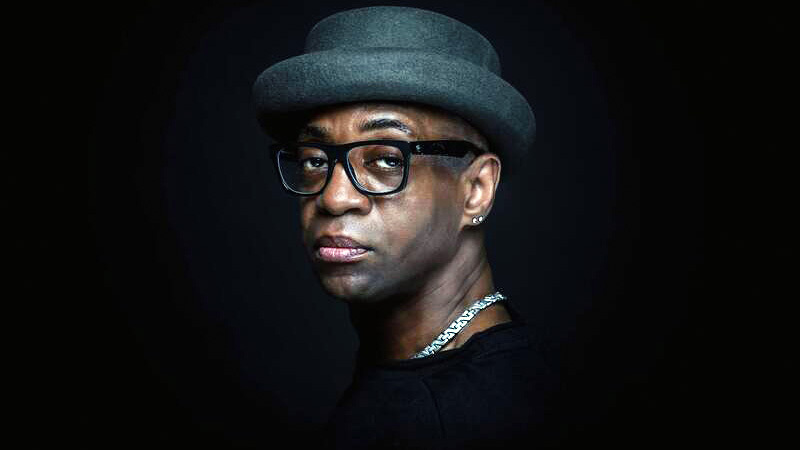 "In Chicago, I would go around asking people if we could use their spaces for parties. For one of the first parties I ever DJed at, we just cleaned out someone’s basement, and I set up one light and one turntable down there. We made flyers and passed them out around the neighbourhood, and the party ended up being packed. I’d take one record off and there would be a pause, and then I’d stick another one on and the crowd would light up again”.

I played some of Larry’s early stuff – “Mysteries of Love.” “Can You Feel It’, “Washing Machine” – at a show one time, and it was as if the crowd was in a hypnotic trance. I think I played “Mysteries of Love” about three times that night. A few days later I met up with Larry at his house and brought some of my lyrics over with me. He played me some of the material he’d been working on, and I started matching my words to the tracks almost instantly.

That was our flow, it was instant chemistry. He was the mastermind behind the music and I was all about the vocals."