When Lars Dales and Maarten Smeets linked up in 2011 to start making music together, all they had to work with were a few Ableton projects that were nestling away in Lars’ hard drive, and a shared interest in the Motown era and other classic records. Fast forward to the present, and Dam Swindle is now a globally renowned entity in dance music, with millions of streams, sold-out shows, high-profile residencies, and festival headline slots. This music lark is easy, isn’t it?

As ever, it’s hard to see past what ends up on the plate and into the heat of the kitchen, but Dam Swindle’s success was definitely not a ready meal. After cutting their teeth with a few sets under a different moniker, they played their first show at Club Up in Amsterdam as Detroit Swindle. This was how they would be known until as recently as 2020 when they rebranded after fearing they would be misinterpreted as appropriating the culture of one of America’s most famous hip-hop heartlands. 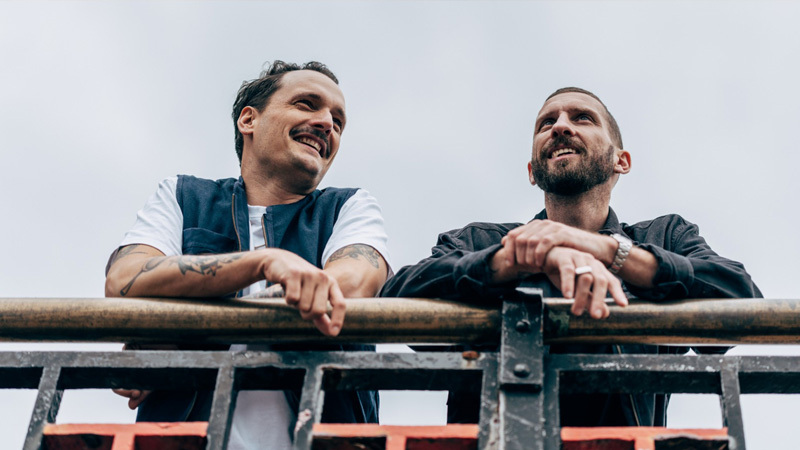 While building their reputation on the ones and twos in the club scene, Lars and Maarten were also sharpening their production skills, and scored some early success with high-impact tunes like ‘The Wrap Around’ and the ‘The Break Up’. Pulling from a varied pool of influences that included anything from classic house and obscure disco to African funk, that initial momentum was enough to give them a leg up on the competition, and a glimpse over the parapet at a world of opportunities beyond.

Tackling every challenge that came their way with characteristic enthusiasm and determination, the Dutch artists went from strength to strength. Their first album, Boxed Out, hit the shelves in 2014, with a follow-up, High Life, coming four years later.

By that stage, their star in the electronic music firmament was shining bright, as is evidenced by their long list of collaborators, including Tom Misch, Seven Davis Jr, Jungle by Night, Marc de Clive-Lowe, Jitwam and Lorenz Rhode. As well as working on original material, Dam Swindle has also been called upon by heavyweights like Kerri Chandler and Mayer Hawthorne to deliver remixes on labels such as Strut and Soundway. 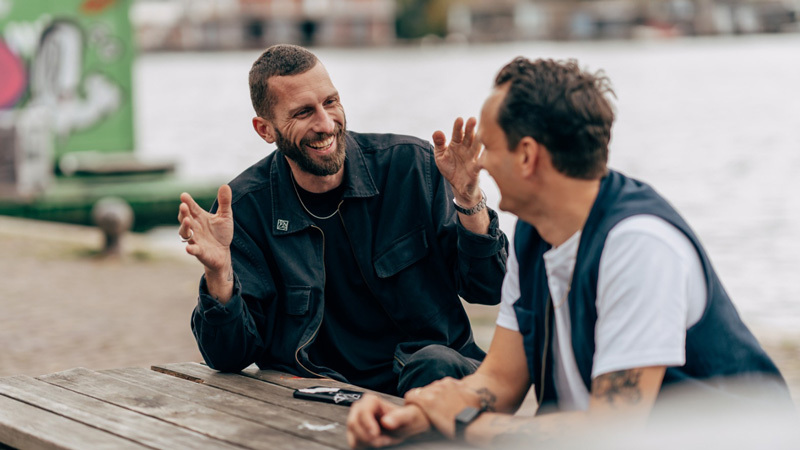 Alongside this ever-growing body of work, Dam Swindle took the time to set up their own imprint, Heist Recordings, in 2013. It proved to be a shrewd move, providing the pair with a home for their own releases as well as a vessel to provide exposure for new talent. Artists such as Nebraska, Adryiano, Kassian, Demuir, Makez, Max Graef, Pépé Bradock, Nachtbraker, Matthew Herbert, Ge-Ology, Byron the Aquarius and many more have all come to the fore under the label’s patronage.

This year is the tenth anniversary of Dam Swindle, which the boys have been celebrating by embarking on a ‘Keep on Swindling’ tour and putting out a series of three releases. The series updates some of their biggest tracks from the past with remixes or fresh versions, and it also features some new original material. 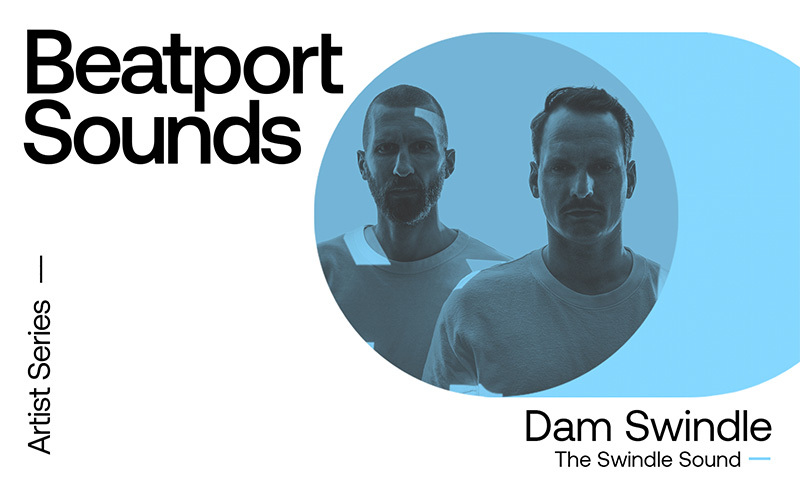 As well as this, Dam Swindle has curated an exclusive sample pack for Beatport Sounds, which distills all those years of studio time and club nights into a high-impact dance floor toolkit, aptly named ‘The Swindle Sound’. Expect gloriously deep basslines, creative percussion, and emotive keys among the broad palette of sounds championed by the duo. Maarten says of the project:

We looked back at what we’ve built, the whole Swindle sound and what it’s meant to us and other people. We’ve been asked a lot to create sample packs, but we never totally felt ready for that, until now.

To hear more from the Swindlers themselves about the pack and their career to date, check out the full interview over on Beatportal.