FeaturesPlugin SuitePlansTutorialsBlogSounds
James Hurr discusses Toolroom & the Toolroom Academy courses for aspiring producers
12 Nov '2021
Since its inception in 2003, Toolroom Records has been a mainstay in the world of house, tech house and techno. Founded by brothers Mark and Stuart Knight, the label has become an internationally renowned brand, responsible for some wildly popular releases, and events around the world.

Not only are Toolroom known for supporting the hottest artists at the moment, they’re also doing their bit to build future generations of incredible producers. Their educational arm, Toolroom Academy, offers industry-standard courses for new artists, taught by some of Toolroom’s most respected artists. 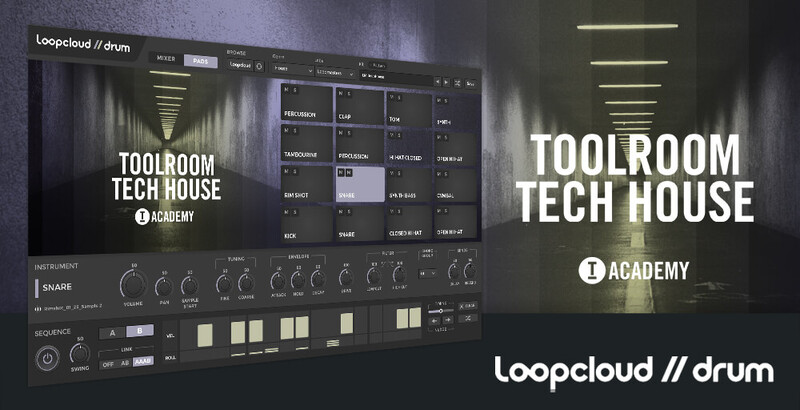 With the release of the Toolroom Tech House sample pack on Loopcloud, we asked the team at Toolroom a few questions to learn more about the Toolroom Academy, what it takes to make it as a producer, and ‘that Toolroom sound’. James Hurr is a key part of the story of Toolroom - check out our interview with him on the Loopcloud blog.

Tell us about how the Toolroom Tech House pack came together?

The initial idea behind the pack was to create a pack that entirely represented the ‘Toolroom sound’, a phrase that’s been passed around for years within the Toolroom producer community. With this concept in mind, we approached the current roster at the time and spoke to an artist from each corner of the label. Siege provided the Techno sound, James Hurr provided viding Tech House, and Mark brought both genres together.

How would you describe that ‘Toolroom sound’?

To put it into words, it essentially means;

Great production, chunky drums, high energy, and a classic tech house sensibility… Not too leftfield, not too commercial, but somewhere in-between.

The pack was created by Mark Knight, Siege and James Hurr. How did the collaboration process between them work?

In this instance where each artist brought a slightly different sound to the pack, we wanted them to work on their own loops independently. We believe that variety is key to a successful pack.

What gear was used to make the pack?

Siege: I used my Mac Mini with Ableton and some of Ableton’s stock plugins like Operator for bass. My favourite synth is Sylenth1 and I used it for some of the synth sounds along with the Behringer Neutron. 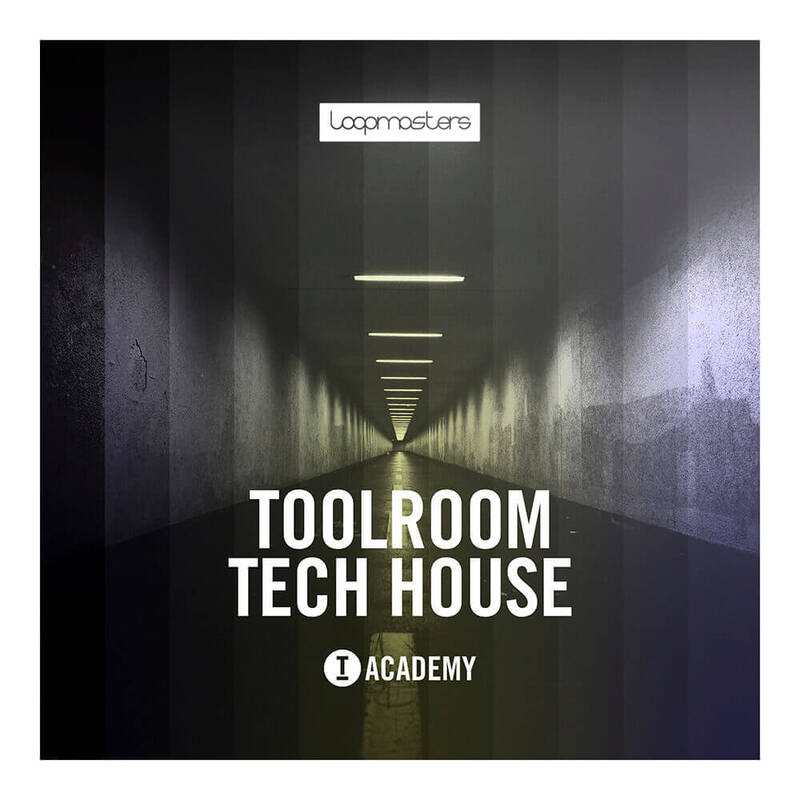 James Hurr: I use Cubase as my main DAW, and my only outboard gear (if you can call it that) is the UAD Apollo Twin.  My favourite plugins are Soundtoys Crystalizer, Sonnox Inflator, Sonnox Transmod, Soundtoys Echoboy, Waves 2-Tap Delay, Quadrafuzz (Cubase), Multiband Envelope Shaper (Cubase).  Most drum sounds have a funk sample or drum machine tucked in there somewhere. The 909 and 808 drums are the backbone of most samples to give them a real punch.

We spoke to James Hurr at length about his studio set up in our interview with him, learn more here.

What advice would you have to producers out there who would love to have their music released on Toolroom?

It comes down to a number of things. Creativity is a large component of what we look for within demos, so definitely focus your efforts on creating something different or ‘out of the box’. Also, at the Toolroom Academy we often talk about how sample selection is one of the most important elements of production, so surprise us!   Of course, strong production is definitely super important too, but ultimately, it’s the idea that we’re interested in.

Tell us a bit more about the Toolroom Academy.

The Toolroom Academy is the boutique educational arm of Toolroom Records. We’re unique as a production school, in that you’re learning from people inside the music industry. Our programmes have been designed by our A&R team, meaning they are cutting-edge, relevant to today’s music scene, and based around the idea of getting label-ready.

You’re taught by real artists – people who have seen real success as producers, and who are now passing it on to the next generation. We only teach house, tech house and techno, meaning the learning experience is genre-specific and hyper-focused. We push our students hard in our programmes, but we believe the results speak for themselves.

Which artists do you have teaching at the Toolroom Academy?

Ben Remember is a key part of the Toolroom Academy. Ben has released some amazing music on Toolroom, alongside being a studio engineer and soundtrack composer. But he also has real empathy and understanding of our students, as he himself took several years of blood, sweat and tears to break through into the scene as an artist in his own right. He’s a naturally gifted communicator, able to distil complicated production techniques into jargon-free language.

D.Ramirez is another amazing tutor we are proud to work with. A Grammy-nominated, genre-defining artist, he’s revered in the production world for his deep musical knowledge.

There are lots of other artists who’ve also shot amazing one-off production tutorials for us, from the likes of Shadowchild, Josh Butler and Harry Romero, and of course the boss Mark Knight!

What is the most important thing that people should focus on if they want to build a career in electronic music?

It’s hard to give a single answer here, as ultimately success comes from doing a lot of different things right! But if we were to drill down to one thing, we’d say to really focus on understanding where you want to position yourself. Oftentimes, new producers have too much of a scattergun approach. If you compare breaking through into the scene as punching through a wall, you wouldn’t punch in different places – you’d hit the same spot, over again. With breaking through into the scene, you need to arrive as an artist with a defined sound, a clear idea of your target labels and your target DJs who’ll play your music - and a consistency and relentlessness in achieving this. This gives you a solid platform from which you can succeed and grow your career in electronic music.

How is the teaching of a Toolroom Academy course typically run?

We are online-based, so students log-in to live webinars each week to join an interactive production session. For those who can’t make it, they can watch it back at any time. Assignments are set immediately after the lesson, and generally due the following week.

The programmes follow the pattern of Lesson-Assignment-Feedback, during which we build a track together, leading towards formal A&R submission to Toolroom. You’re part of a small class, and one of the great things about the Toolroom Academy is the connections made by like-minded students. The fact we’re online means we’re truly international – we’re proud to say we’ve had students from all over the world, all sharing a love of wanting to write amazing house music, and to maximise their creative potential.

And A&R feedback is a big part of your courses?

Our taught programmes involve A&R feedback at their core. Specifically, the Production Certificate, Creativity Unlocked, Club Ready and the Masterclass. In each, the assignments are set after an interactive production lesson, and the assignment will be based on the topic covered that week. The student then receives very granular A&R feedback on that assignment.

Over the course of each programme, we’re building a track with you, giving you constructive advice each step of the way. After 15 years at Toolroom, it’s safe to say our A&R team know how to analyse music, so the feedback is always constructive and based on the real-life experience of running a renowned record label.

Are there any notable alumni of the Toolroom Academy that you would recommend people check out?

There are so many fantastic former students in our Alumni community. We actually have an official Alumni Group, for whom we run regular exclusive production lessons and A&R feedback sessions. It’s a close-knit group of ambitious and talented people, all looking to support one another.  Some recent success stories include:

Redux Saints – who have created a very successful brand in his own right with DTLA, and has just achieved a signing to Toolroom.

Husko – one of our earliest students, who has had plays from Annie Mac, Denis Sulta plus numerous signings to the likes of Glasgow Underground and Toolroom.

Trish O – she recently got picked up by Oliver Heldens on his Heldeep label, for a collab with Roland Clark.

We’ve also signed two former Academy students to the Toolroom management roster – Maxinne and Essel. Two brilliant new artists who we initially met through our We Are Listening platform, an initiative to encourage more female talent in house music.