FeaturesPlugin SuitePlansTutorialsBlogSounds
Alternative Platforms for Your Music
10 Jan '2023
Reach untapped audiences and find new ways to earn money for your art with these alternative music platforms.

While there are a multitude of well-established music streaming platforms at musicians’ disposal (which we’ve explored here), there are an ever-growing number of services that offer exciting and innovative new ways of getting your music out there and earning you money for your craft.

Here, we will examine some of the alternatives to the likes of Spotify, Apple Music and Amazon Music, which are the go-to music streaming services for musicians and listeners alike. While the major platforms may be able to connect you to a larger audience, it’s worth exploring some of the smaller fish in the pond. Although they corner less of the market, their ethos, features and payment models may make them an attractive addition to your distribution and monetisation strategy.

As a relative newbie to the music streaming world, Resonate describes itself as “The ethical music streaming co-op”. Their unique pricing model is designed to grant maximum control and ownership of music to the artist while offering listeners a flexible way of discovering and listening to new music.

This model is called Stream2Own and works by charging listeners around $0.005 the first time they stream a track, then the charge doubles for each subsequent stream. Once a listener streams a song 9 times, they have spent around $1.40 but can now stream the song for free indefinitely. 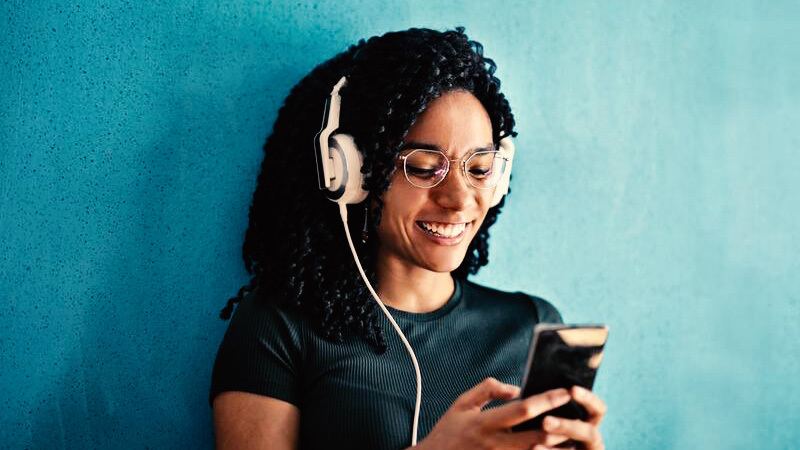 This has a number of advantages for listeners: most notably, there are no subscription fees or advertisements, and listeners will only pay for what they play. There are benefits for artists too, as Resonate guarantees that artists will receive at least $0.01 per stream on average, a big improvement from the status quo’s offerings which tend to be around $0.006 per stream. Resonate also states that artists retain 70% of their income, with the other 30% taken as commission to help develop the platform.

Additionally, Resonate offers both artists and listeners the option to become a co-op member for $10 a year which gives members one share in the company, plus a say on how the platform is run in co-op elections.

For those who specialize in electronic music, Beatport is the obvious platform on which to distribute your music. A specialist outlet for your music such as this can help to ensure the right people have access to your music. With over 40 million users across the world, Beatport is the number one choice of electronic music vendor for DJs. While purchasing tracks suits DJs who need to own their music files, Beatport also offers a streaming service, for more casual listeners, so your music is accessible to audiences with varying needs. 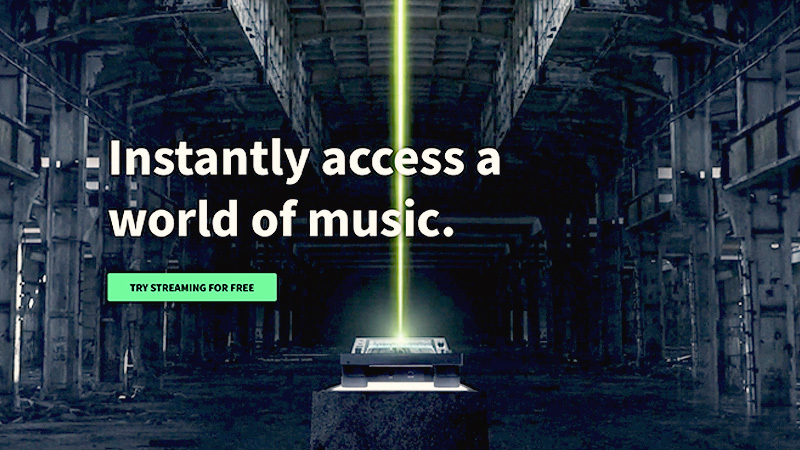 In order to get your tracks on Beatport, music has to be submitted via a distribution service such as Distrokid or Ditto, who will then pass your release and information over to the service the same way they would with Spotify or Apple music.

For those buying music on the platform, there is a choice of file type from higher efficiency formats such as MP3 up to lossless files such as WAV and FLAC. Most tracks on Beatport are priced between $1 and $2, with revenue being split between Beatport, the distributor and the label. This means that artists usually take between $0.15 and $0.25 per sale.

Groover is a music promotion platform that promises to connect artists and their music to relevant radio stations, playlist curators and music professionals. The platform might suit musicians seeking to expand their audience through targeted radio exposure and playlist placings.

After registering, Groover’s search filters help you to identify industry contacts or music platforms that may be interested in your work. In order to make your search even more targeted, the service also asks what your end goals are, whether that’s getting more gigs, securing radio plays or being added to playlists. 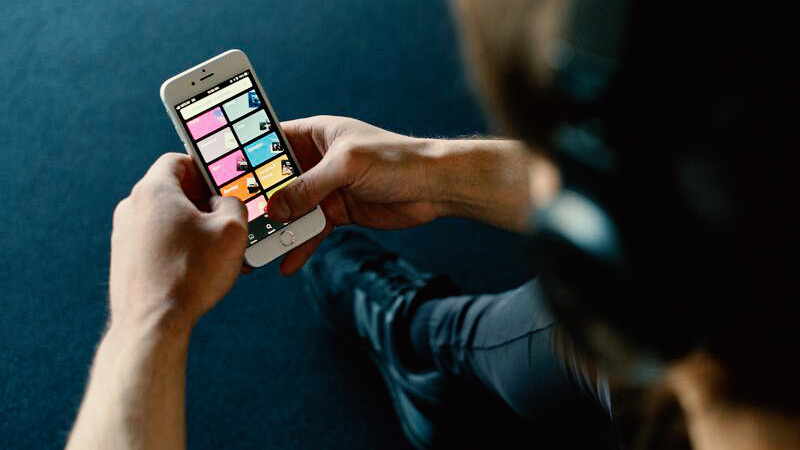 Once you’ve selected who to send your music to, you can quickly and easily write custom messages to each of them in order to individually tailor your communications, something they say helps garner better results. Each submission costs €2, of which 50% goes to the contact and the remaining 50% goes to Groover. While the platform cannot guarantee every one of your submissions will turn into an opportunity, every contact is required to provide written feedback on your track within 7 days, or you receive your money back!

Although Groover is unlikely to become your primary source of income, it may offer a great way to put yourself on the radar of a variety of industry heads within corners of the market that you have not yet reached. In turn, this could help to increase your exposure across social media and music streaming platforms.

8tracks slightly differs from the other platforms discussed here, as they refer to themselves as a music-based social network. The basic concept is that users can create a free account, then curate a playlist of 8 or more tracks for other users to listen to. Playlists can be found through the use of tags, which allow users to search for music based on artists or record labels they already enjoy.

At its core, 8tracks is focused on offering users the opportunity to discover new music that they may not have heard before, making 8tracks an exciting option for smaller artists who are seeking new audiences. If you have a number of key artistic influences and inspirations that can be heard in your music, the platform’s labeling system helps to couple your art with your audience in an effective and meaningful way. 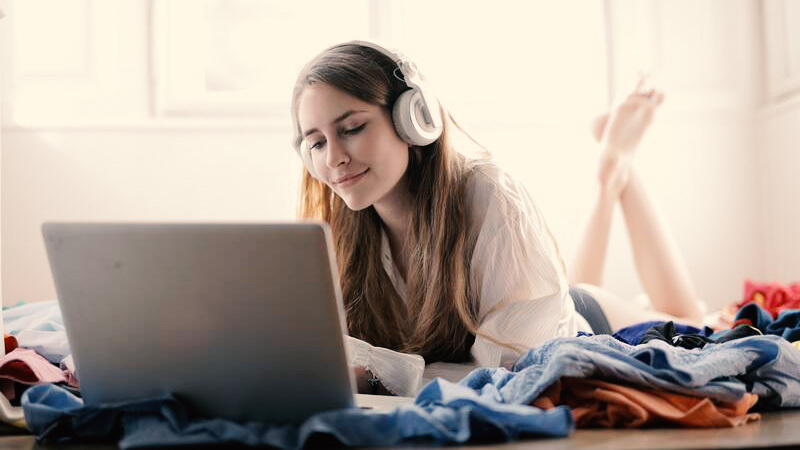 While this does rely on users’ taste and ability to draw accurate comparisons between artists, the platform is aimed at real music heads as opposed to more casual listeners. Much like Groover, 8tracks probably won’t make you an overnight millionaire, but it may put you on the map of listeners who are on the lookout for unheard artists who could become the next big thing.

For those keen to make a career as a producer or engineer rather than as an artist, selling beats may be a suitable alternative to trying to secure a constant level of streams and gigs. Thankfully, there are a number of platforms that offer musicians a way to quickly and easily monetise their work. One such platform is Airbit, a beat marketplace that allows artists to buy pre-produced tracks from producers for a one-time fee, for use in their own work.

An immediate advantage of monetising your music in this way is that you only need to sell a single track to one person to make a meaningful amount of money. Let’s say you sell a track for $50, that money is paid directly into your account almost immediately. You’d need to have a song streamed over 120,000 times on Spotify in order to make $50, which could take months or even years.

Clearly, if you already have a consistently strong number of listeners, streaming can be a great way to keep a consistent level of money coming in. But for new artists, selling your productions on beat marketplaces such as Airbit can be a lucrative place to start. 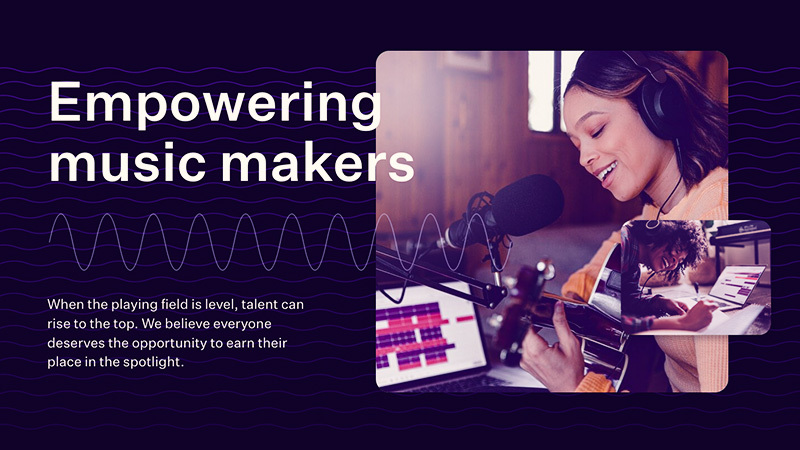 Airbit offers users a choice of two plans, both of which allow producers to keep 100% of the money from any sales. Their free plan lets users upload up to 10 beats on its marketplace, making it an ideal option for those looking to explore the world of selling beats without any upfront cost or commitment. Their platinum plan costs $7.99 a month and offers unlimited uploads, the opportunity to sell sample packs plus a whole host of additional marketing and analytics features designed to support users in reaching the next steps of their career.

While there are alternative beat marketplaces available, Airbit’s free plan with 0% commission makes it an attractive option.

Having been founded in 2007 and then bought by Epic Games in 2022, Bandcamp is another music platform that endeavors to give artists as much control as possible over the monetization of their work. For example, artists and labels can set their own prices, and can even give music away for free in exchange for an email address in order to grow listenerships and mailing lists. Additionally, their “let fans pay more if they want” functionality means your die hard fans can pay extra for that EP they’ve been waiting on for the past 6 months, something Bandcamp says happens with around 40% of purchases!

There is no cost or subscription for uploading music to Bandcamp, they just take a flat 15% commission of all sales up to $5000, which then drops to 10% after that point. As a result, Bandcamp promises that artists receive 82% of sales revenue on average (the difference consists of payment processor fees). They even launched a new initiative in March 2020 to support artists whose incomes were affected by the covid pandemic, meaning artists received 100% of sales for a 24 hour period. The initiative was so popular that they now regularly schedule “Bandcamp Fridays”. You can even see when the next one is on this handy website. 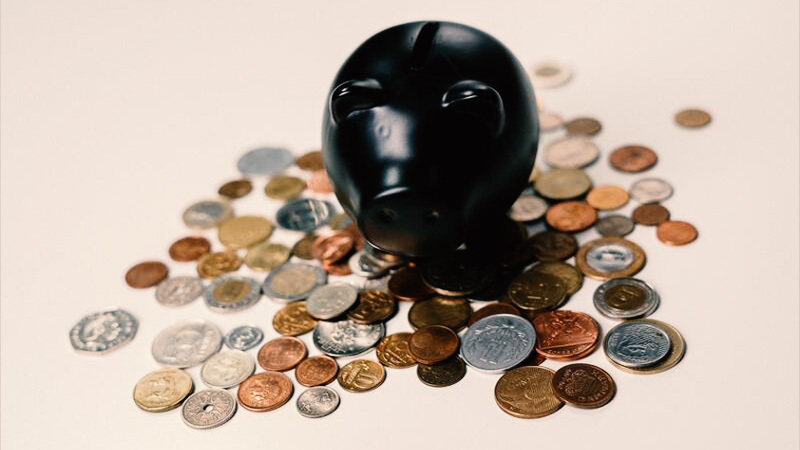 On top of that, payments are made directly into your PayPal account within 48 hours, making Bandcamp one of the most stress-free and transparent platforms for monetizing your music. Further advantages to using Bandcamp include the ability to sell physical copies of your music on cassette tapes, CDs or vinyl, as well as merchandise. It’s no surprise then that Bandcamp is a firm favorite among independent artists of all sizes, and even well established artists such as Radiohead and Bjork have uploaded their discographies to the platform.